Liverpool star Mohamed Salah has been blamed for causing a “massive problem” with Sadio Mane, because his selfish attitude has broken the relationship between the two.

Liverpool’s forwards have been dire this calendar year, and have faced heavy criticism.

Mane has scored just once in the Premier League since the turn of the year, while Salah has found the net only four times.

Liverpool haven’t scored in open play at Anfield in ten hours now, and have struggled to break teams down recently.

But Trevor Sinclair thinks things are worse than they seem at Anfield, because Salah and Mane’s relationship is now in tatters. 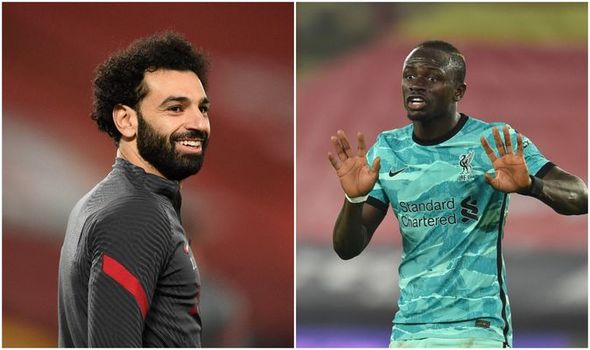 Speaking to talkSPORT, Sinclair declared he believes there is a real problem between the two due to Salah’s attitude.

He explained that he believes the Egyptian is too selfish and only plays for himself.

“I feel there’s been a massive problem which has plastered over the cracks with Salah’s relationship with Mane,” Sinclair said on talkSPORT.

“I feel Mane is a huge team player and Salah is more for himself and that’s been a relationship problem for a long time for Liverpool.

“They have got away with it up until now, but when you start coming under pressure and results aren’t going your way, that’s when that can get strained.

“There really is a bit of problem between the two players.”

Salah was substituted off by Jurgen Klopp during Thursday night’s defeat against Chelsea at Anfield, and appeared to strop as he came off the pitch.

Afterwards, his agent tweeted out a full stop, fuelling speculation he could leave. And Sinclair explained that Salah’s reaction shows his way of thinking towards the game. 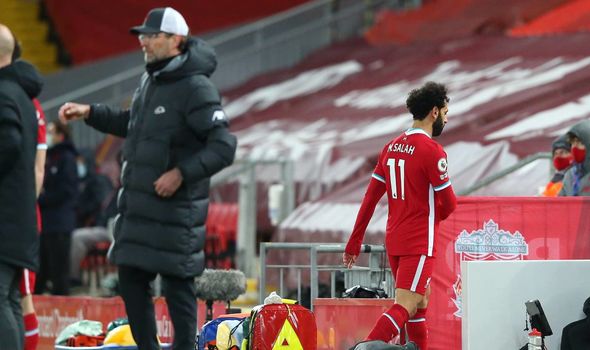 “Salah wasn’t happy,” Sinclair added. “It’s always difficult when you go to a former employee and you get brought off. Pride-wise, that would have hurt.

“His agent put a tweet out with just a full stop, I don’t know whether that means that’s the end or what. It was a bit encrypted.

“It’s disappointing because obviously he wants the Golden Boot, he’s got good numbers this season and getting pulled off is not going to help his cause.

“As selfish as that might sound, he wants to play and score goals for Liverpool.”