The 20-year-old Italy international has featured rarely in the Premier League this season for in-form Everton and now finds himself joining the reigning French champions and beaten Champions League finalists.

Kean has scored twice in the Carabao Cup so far this term but has played just 13 minutes in the Premier League, as Everton have won all of their first four matches.

He arrived at Everton from Juventus on a five-year deal last summer but has failed to settle at Goodison Park.

Although Kean featured in 29 league games last term, he only found the net twice as former manager Marco Silva was sacked and replaced by Carlo Ancelotti.

French champions PSG have seen the contracts of Edinson Cavani – who looks set to join Manchester United – and Eric-Maxim Choupo-Moting expire and seem keen to bolters their attacking options which already include Neymar, Kylian Mbappe and Mauro Icardi.

PSG are also interested in signing Chelsea defender Antonio Rudiger and Tottenham’s Dele Alli on loan, with both players having seemingly fallen out of favour at their respective clubs.

Best of luck for the season, Moise! 🔵 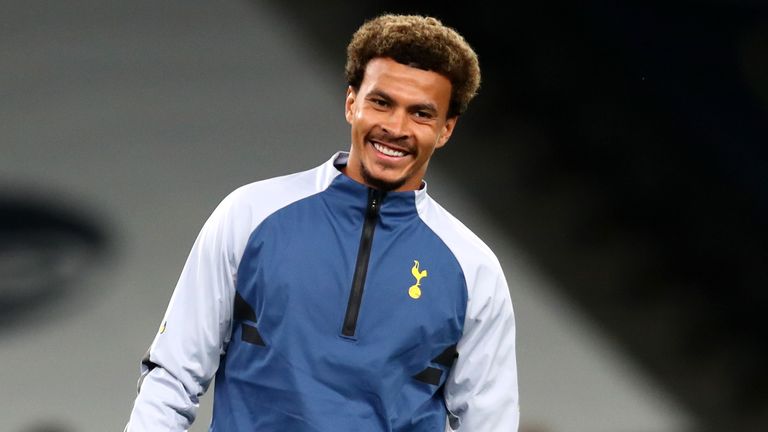 Tottenham have rejected a second loan bid from Paris Saint-Germain for Dele Alli.

Sky Sports News has confirmed a report in the Telegraph, with the French champions stepping up their interest in the England midfielder before Monday’s deadline.

It is understood Spurs are adamant Alli will not be leaving the club and he is expected to fight for his place under Jose Mourinho.

The summer transfer window closes at 11pm on Monday October 5 with a feast of activity throughout the day involving the biggest names in football.

Some of the highlights to enjoy on Sky Sports News and across our Sky Sports platforms:

You can also follow the stories on Sky Sports‘ digital platforms, with our dedicated Transfer Centre blog.

Here’s all you need to know about Deadline Day and how to keep across all the deals and drama with Sky Sports.

ONE MILLION POUNDS! Can you imagine?

You read correctly. Do not miss your chance to scoop £1m for free in this week's Super 6 round. Play for free, entries by 3pm Saturday.