New Southampton boss Nathan Jones has promised he can turn Che Adams into a prolific marksman.

Jones watched Adams score his sixth goal of the season but also miss a couple of good chances in the 3-1 defeat at Liverpool which kept Saints in the relegation zone. 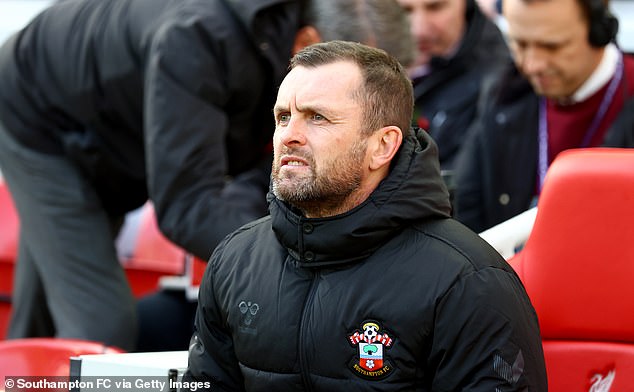 ‘Every striker who I have worked with scores goals at whatever level,’ said Jones, who was hired from Luton Town last week to replace Ralph Hasenhuttl.

‘I want us to be a real fluent attacking side that is hard-working and wants to entertain. Fans can’t get behind a team that is easy to beat and concedes three goals every week.’ 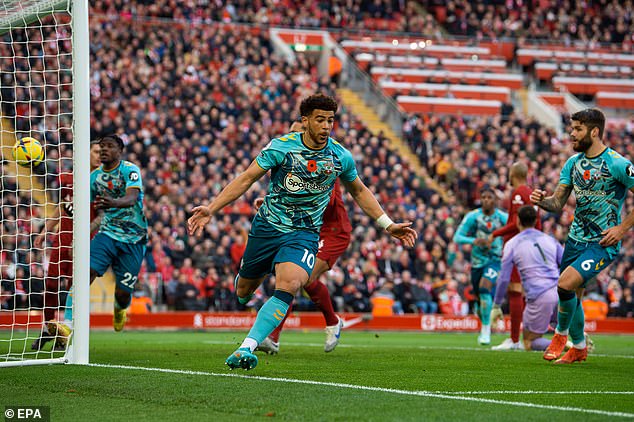