Manchester United icon Gary Neville has made a U-turn on Liverpool and snubbed Arsenal in his latest Premier League predictions. Both sides suffered disappointing results against their rivals at the weekend, with the Gunners losing 3-1 at Old Trafford while Jurgen Klopp’s side slumped to a 0-0 draw with Everton.

During discussions regarding United’s victory over league leaders Arsenal, Neville felt that while Mikel Arteta’s side have improved he still does not believe they will make the Champions League places this season.

“I said during the game that even though Arsenal were losing, I felt more confident that you could get Champions League but I don’t think you will get Champions League,” Neville told The Overlap before also making a similar point about Klopp’s side. “I think it is between Chelsea, Arsenal and United. I think Tottenham will finish in the top three. I mean Liverpool are the ones who could just sneakily slip out.”

Arsenal had won every game this season before a brace from Marcus Rashford and a debut goal from Antony sent them on their way to defeat on Sunday, but Neville’s admission that Liverpool may “sneakily slip out” of the top four marks a change from his thoughts at the beginning of the season. 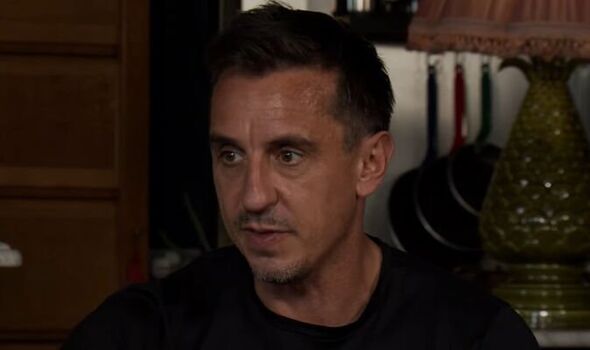 “At the moment, I think Tottenham will finish in the top four,” Neville said on August 14. “They’ve done brilliantly, [Antonio] Conte will have them right. Chelsea will have to prove it to us; Manchester United are sort of the lesser out of those ones so Arsenal are in pole position.

“We’re writing off Chelsea, I’m writing off Chelsea because I just feel something’s not stable, we’ll see. They’ve signed a few players, spent money. It’s a big job for Arsenal to get into that top because Chelsea, United, Tottenham, Arsenal, Liverpool, City – Liverpool and City are a given.” 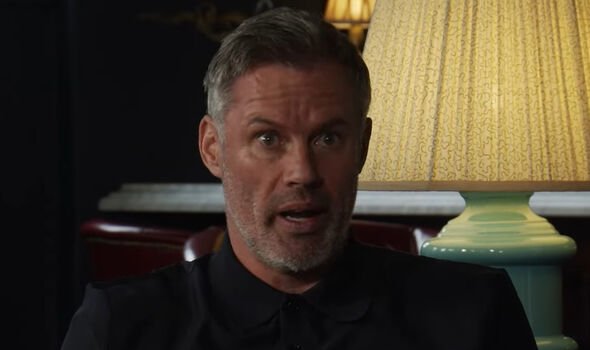 Liverpool now appear less of “a given” for Neville after their disappointing start to the season which has seen them in seventh place, six points behind Arsenal. The Reds have endured three draws as midfield injuries have plagued the Anfield side, with Jordan Henderson, Thiago, Naby Keita, Curtis Jones, Fabio Carvalho and Alex Oxlade-Chamberlain all spending time out already this campaign.

Liverpool icon Jamie Carragher joined Neville on the debate and backed Arsenal to finish above United despite Sunday’s loss to the Red Devils. “I think Arsenal will finish above Manchester United,” Carragher added.

“Arsenal are a better team than United right now, because Mikel Arteta is three years in, Erik ten Hag is just starting, who has gone a little bit more pragmatic as he’s unable to play the way Arsenal do right now. I think in two-three years’ time, the way Arsenal perform, that’s how Manchester United will be playing.”