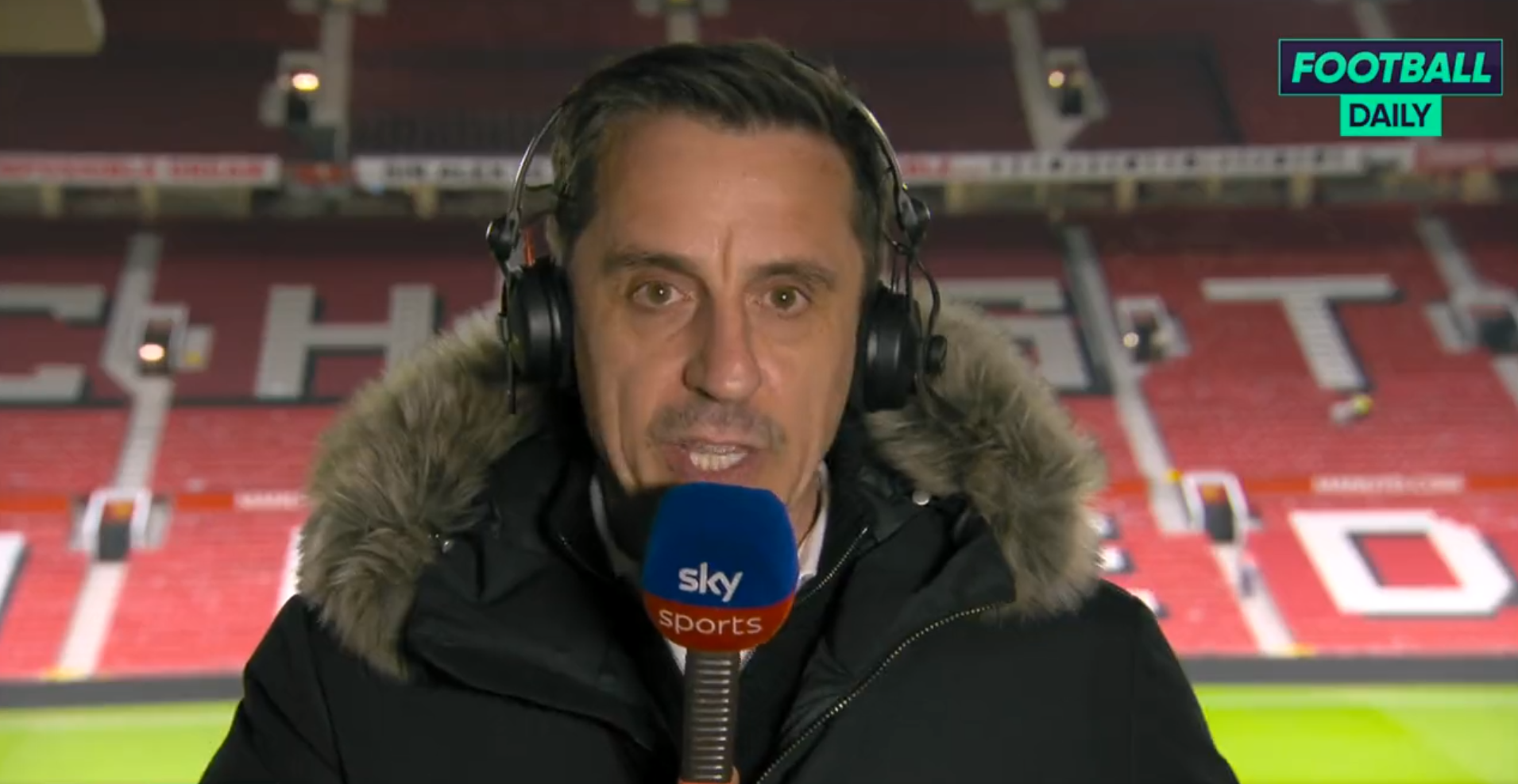 Gary Neville feels Erik ten Hag will be delivering a brutal transition in the summer with a whole host of players let go by Manchester United.

The Dutchman will take over the reins at the end of the season with a huge task on his shoulders as he looks to bring the glory days back to Old Trafford.

While the likes of Paul Pogba, Edinson Cavani and Nemanja Matic all look set to depart, Neville feels Ten Hag won’t mess about when it comes to offloading some of the deadwood.

‘Ralf Rangnick came here as a pressing guru and he’s not been able to get anything out of them on that front,’ Neville said on Sky Sports.

‘In fact, he’s referred to their lack of physicality I don’t know how many times in his interviews in the last few weeks.

‘So if Erik ten Hag is going to be really brutal like Jurgen Klopp was when he first went into Liverpool and got rid of Christian Benteke or when Joe Hart was let go by Pep Guardiola, he’s going to be letting a lot of this lot go.

‘Because they can’t press high up the pitch, they haven’t got the physicality, they don’t want to win the ball back early, they don’t chase down and hunt together.

‘I think there’s going to be a massive, massive change and obviously five or six of them are going anyway because they are out of contract but I can see even more being let go.

‘A real brutal sort of if you like transition.’

United will be hoping to keep their slim chances of a top-four finish alive when they host Chelsea tonight.