Mikel Arteta is looking unsteady on his tightrope again after a damning defeat to Everton, and Gary Neville blames Arsenal’s lack of experience and personality.

The Gunners led at Goodison Park through Martin Odegaard on Monday night but as the home crowd roared life into the Toffees Arsenal wilted, before Richarlison levelled and Demarai Gray’s screamer won it after 92 minutes.

Arteta’s men have sunk to seventh in the Premier League with the defeat, their third in four games. Only a month ago, they were on a eight-game unbeaten streak with featured wins in the north London derby, at Leicester and home to Aston Villa. 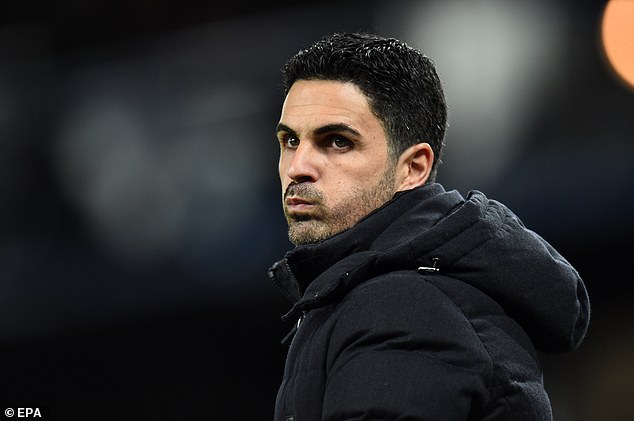 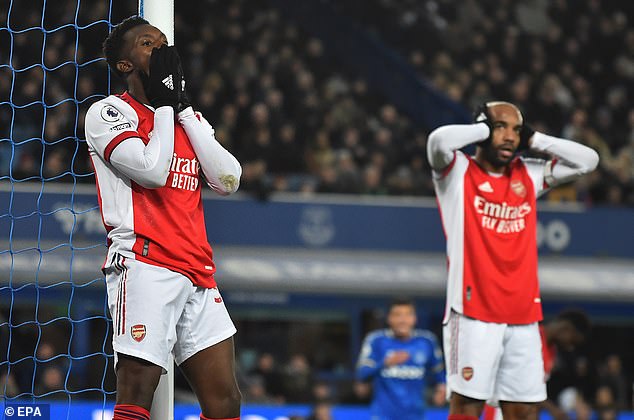 ‘He’s flip-flopping between doing a good job and being under pressure, there’s no in-between,’ Neville said on Sky Sports after Everton’s late winner.

‘When you look at average age of the squad: if you’re going to Old Trafford or Goodison Park some players won’t have experienced it many times and it’s tough.

‘I remember my first few games at Anfield or Highbury, you need really good experienced players to get you through those difficult moments.

‘You need comfort in there and that spine to be really strong and Arsenal’s senior players are not really massive characters or massive leaders, they don’t get the young players through those difficult moments in the game, and the young players go under a bit, which is natural. 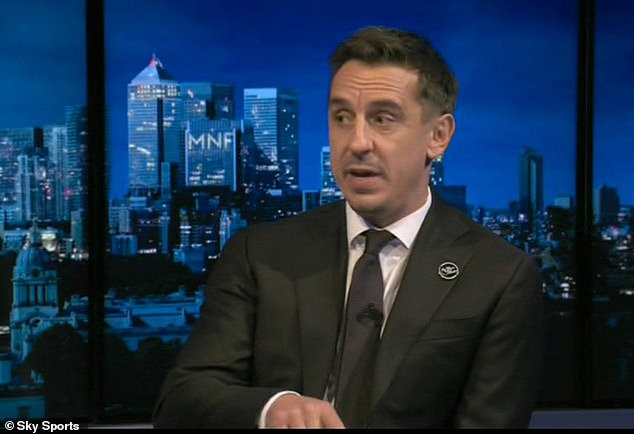 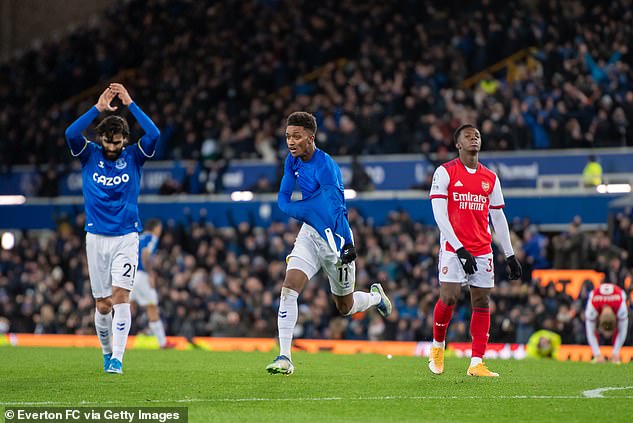 ‘There’s a lot of talent there and the young players are not the problem, the problem is the direction and the standards around them. Arteta hasn’t got that as a young manager.’

Everton had spiralled down to 16th before Monday night after an alarming eight-game winless streak that increased the heat on former Red Rafa Benitez, and it represents a missed-opportunity for the Gunners.

Jamie Carragher added: ‘I thought they lacked a bit of bite at Old Trafford, which maybe you can understand.

‘They’ve lost to a team just through spirit tonight, there’s no real quality in the Everton team. Everton won that on enthusiasm and the crowd.

‘That was a bad one tonight for Mikel Arteta and Arsenal for where they’re trying to get to. It was worrying how they lost, not the result.’