REVEALED: Newcastle have a team ‘built to last’ more than PSG and Barca! Shock study puts Premier League strugglers alongside Man City and Liverpool in having one of the ‘most sustainable squads in Europe’, unlike some of the elite

Newcastle surprisingly have one of the most sustainable squads in all of Europe’s top five leagues, joining powerhouses Manchester City and Liverpool in the rankings, according to a new study.

The CIES Football Observatory released its findings on the most sustainable squads this month, ranking sides on three main areas – age structure, group stability and contractual policy – in order to determine the optimum set up on the continent.

The Sustainable Squad Management (SSM) index highlights how combining players’ age, average stay in the first team squad and contract duration, while the employment rate of each club can be used to determine which squads are built to last for the future. 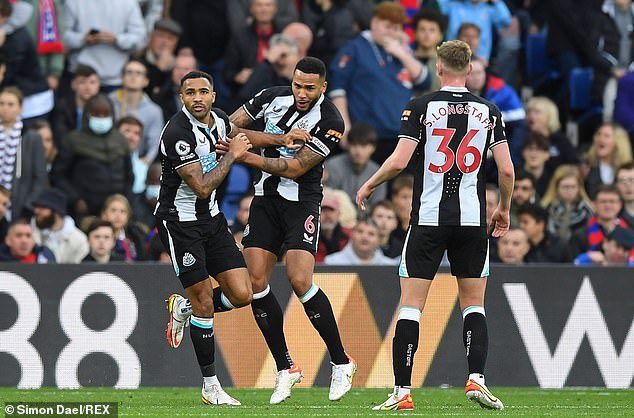 Newcastle have one of the most sustainable squads in Europe, according to a new study 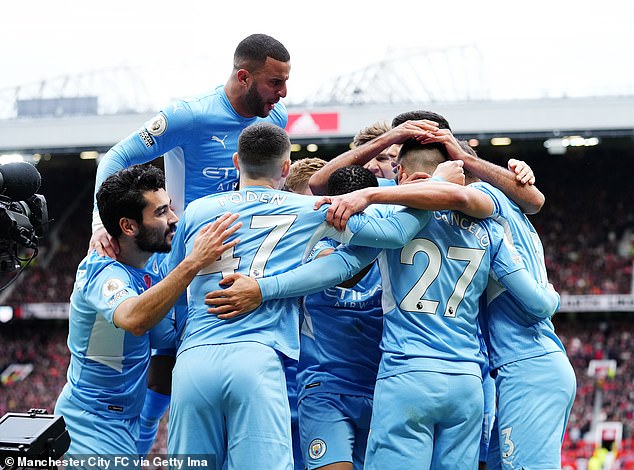 The report states how overactivity in the transfer market can reveal a lack of strategic planning for clubs and would be disruptive for managing a team and optimising its performance.

It is no surprise that Man City top the sustainability table, with Pep Guardiola fielding a younger than average squad (27 years and 22 days) compared to the other 97 teams in Europe’s five big leagues (27 years and 47 days), while players chosen to play by the Catalan boss have also been in the first team squad for much longer (three years and 116 days) when compared to the rest (two years and 109 days).

Real Sociedad and Liverpool complete the top three, while RB Leipzig, Manchester United and Tottenham feature in the top 10.

Meanwhile, when compared to the likes of City and Liverpool, European giants Paris Saint-Germain and Barcelona don’t have teams to last with both failing to crack the top 30.

However, it is Newcastle’s shock inclusion in the top 10 that sticks out the most, with the Magpies ranking seventh overall. 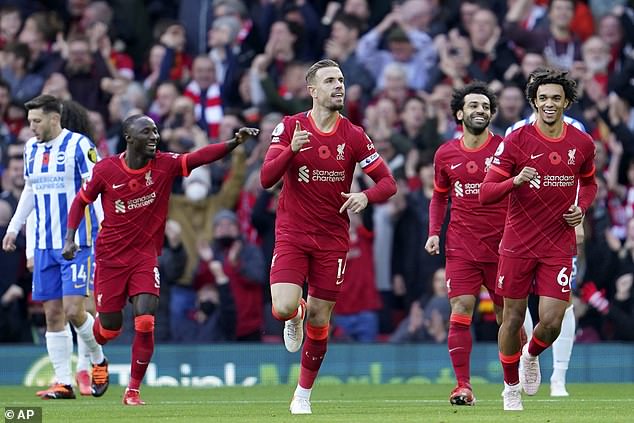 Newcastle, which was sold by Mike Ashley and taken over by Amanda Staveley and a Saudi-led consortium last month, have a slightly older squad that City’s (27 years and 285 days) while players tend to stay in the first team for a similar time to the Etihad club.

The Magpies were known for not being at all active in the transfer market during Ashley’s later years as owner but after attracting new ownership and becoming the richest club in the world, their

The CIES details in its report the importance of each category. The first focus is on age structure, where it measures how many minutes are afforded to players who could be presumed to be past their prime. 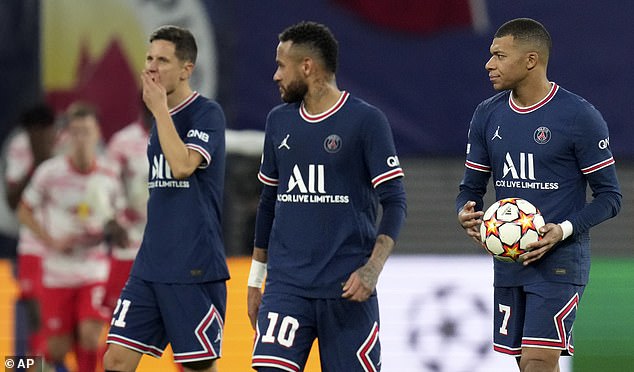 They take a cut-off age for each position – 33 for a goalkeeper, 32 for a defender, 31 for a midfielder and 30 for a striker – before measuring what percentage of minutes players above those ages have played for teams this season.

While LaLiga outfit Huesca sit top, Bayern Munich are not fair behind in third while Inter Milan and Leicester City sit just outside the top 10, giving just over 30 per cent of their total minutes to ‘old’ players since last year.

The second test is group stability, looking at the reliance on new signings, and how many minutes are played by recruits since July 2020. Top of the list across the whole of Europe is Fulham, while Manchester United, Real Madrid and Liverpool are sat in the bottom 10, having relied little on new signings, breathing continuity through the squad – a desirable attribute according to the study.

Sean Dyche’s Burnley have given the least amount of minutes to new recruits.

For the third test, they studied the minutes played by players who are on loan, or whose contracts are set to expire before June 2022.

This is another area where City score highly, with only Aston Villa handing less playing time to those coming to the end of deals. 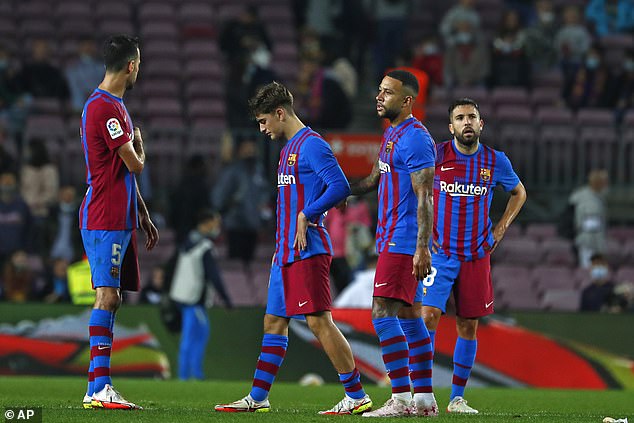 Manchester City and Liverpool’s form does appear to back up CIES findings given how well they’ve started the current campaign and dominated English and European football in seasons past.

Basque clubs Sociedad and Athletic Bilbao are very particular about signings as a matter of tradition, and so with a smaller pool of players to choose from, it makes sense that they invest in longer contracts and thrive off a sense of loyalty.

The two clubs rank second and third in the CIES sustainable squad management ratings but are experiencing different results when it comes to this season.

Sociedad are currently flying high in LaLiga and are leading Real Madrid and Sevilla by a point in the title race. Meanwhile, Bilbao are down in eighth, 10 points adrift of Sociedad.

Finally, CIES looks at the sustainable squad management rating, which is based on the age, length of stay and remaining contract duration for each player present in the squad. 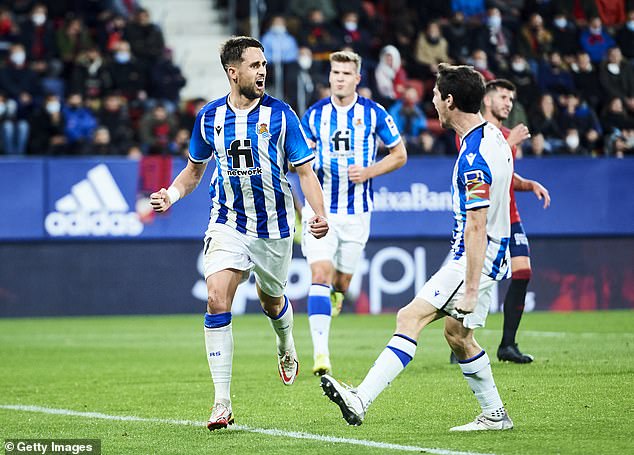 By multiplying the numbers of years spent in the first team for each player of their current club (limited to eight) and the number of years left on their contract, with the total divided by their age, CIES then take each player’s total and multiply it with the percentage of league minutes they’ve played since last summer.

Adding each player’s total together, a sustainable squad rating is reached which can show a club’s strategy in building up a stable team while predicting what type of results they could hope to achieve.

From this table, Manchester United possess the most sustainable squad in all of Europe’s top five leagues and are streets ahead of their main rivals, finishing top of the standings after scoring well in all categories.

The findings suggest they are well placed to qualify for the Champions League ‘without too much difficulty’ for the coming seasons, and are also in a position to ‘eventually lift again the Premier League trophy’. 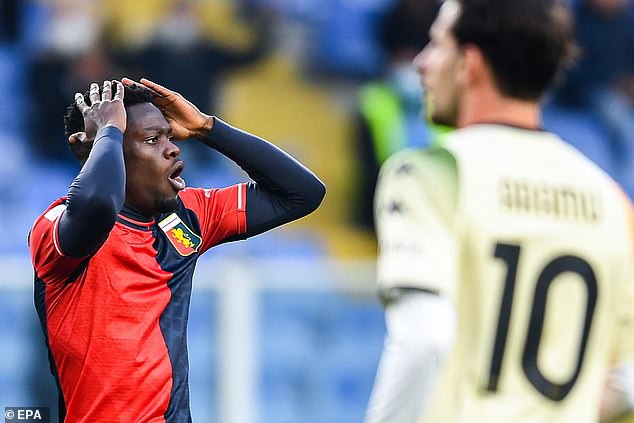 Conversely, Genoa are a prime example of how short-term policies in the transfer market can disrupt a squad and see their league form hugely impacted.

Genoa flirted with relegation last season before ending 11th but are now hovering above the relegation zone in 17 after winning just one of their opening 12 Serie A games.

The Italian side have also just appointed Andriy Shevchenko as their new manager, adding more uncertainty to how the club may perform in the near future.

*Based on the criteria of each player’s age, length of stay and remaining contract duration before the values are added up with the rest of their team-mates

*Based on the criteria of each player’s age, length of stay and remaining contract duration before the values are added up with the rest of their team-mates

Tags: City, having, in, join, Newcastle
You may also like
Latest Posts