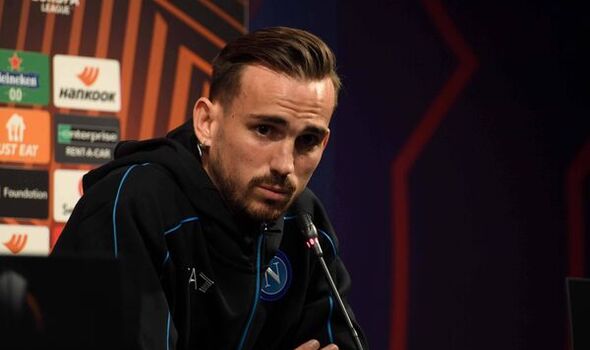 Napoli’s in-demand star Fabian Ruiz turned down an approach from Newcastle United as he is hoping to join a more ‘prestigious club’, reports suggest. The Spanish international has been linked to a host of Europe’s elite clubs and is expected to leave the Serie A club in the summer with his contract expiring next year.

Ruiz was one of dozens of transfer targets linked with St James’ Park in the January window as Eddie Howe’s side splashed more than £90m in their bid for survival. Arsenal and Manchester United are among the other Premier League clubs credited with an interest in the 26-year-old.

Newcastle’s drastic upturn in form has seen the Magpies move safely into mid-table, with attention now able to turn to planning for next season in the top-flight. However, it would appear that any further approach for Ruiz will fall upon deaf ears, according to journalist Mirko Calemme.

Calemme told the Radio Goal show, via Sport Witness: “The Spaniard said ‘no’ to Newcastle because he knows he can aim for a more prestigious club. With Napoli there is no certainty, but the renewal has been blocked for two years and everything suggests that he is the one sacrificed on the market. But De Laurentiis, as we know, never say never.”

Newcastle are not the first Premier League club to reportedly be snubbed by Ruiz, with reports in Italian media in March suggesting the midfielder was also not keen on joining Arsenal. The Gunners are said to have submitted a ‘proposal’, but the former Real Betis star is holding out for a move to Paris Saint-Germain or Real Madrid.

Manchester United were reportedly in ‘pole position’ for Ruiz in January having suffered a setback in their interest in West Ham midfielder Declan Rice. The Hammers’ star is set to stay for another year at the London Stadium, with David Moyes adamant that his star man will be going nowhere this year.

The report from La Repubblica also suggested Napoli had lined up Sassuolo midfielder Davide Frattesi as a potential replacement.

Ruiz has made more than 150 appearances for the Serie A side since signing for the club in the summer of 2018. The midfielder made three substitute appearances for Spain at Euro 2020 as Luis Enrique’s side reached the semi-final.