Neymar has used the same one word to describe both Lionel Messi and Cristiano Ronaldo – ‘genius’.

The 30-year-old PSG player was quizzed by DAZN to give one-word answers to describe some of football’s biggest names.

He used ‘genius’ three times in a row, first for the Argentine, then for the Portuguese player, and then for Uruguayan Luis Suarez.

After the host made a joke about the same adjective being repeated, Neymar laughed it off and said: ‘That’s my opinion!’ 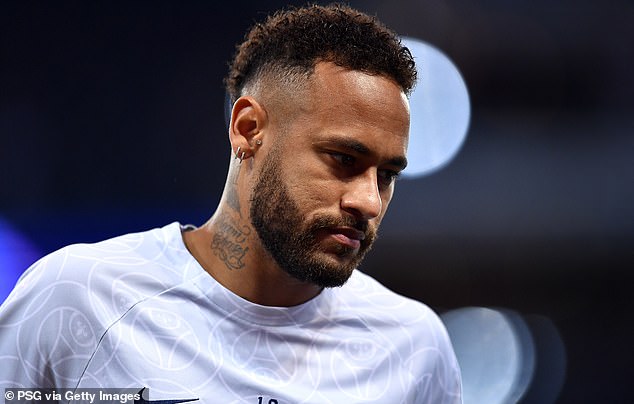 When Goal asked leading players to pick between Ronaldo and Messi, Neymar plumped for his former Barcelona – and current PSG – teammate.

The Brazilian said: ‘Playing alongside Leo was a unique experience and we became friends.

‘Of those I’ve seen play, Messi is the best in history.’ 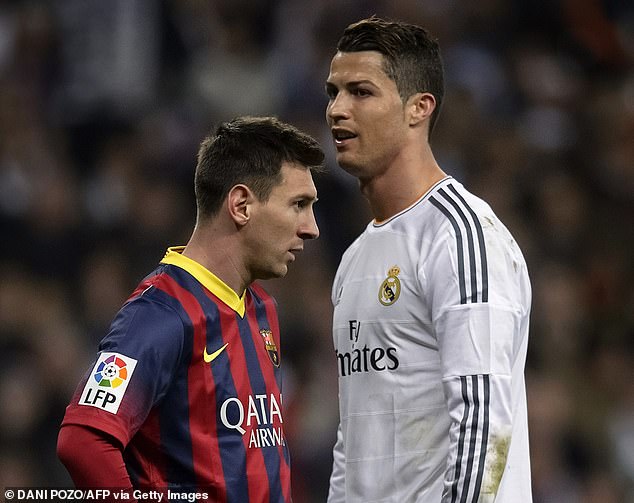 DAZN also asked Neymar about some other contemporary players. After some deliberation, the Brazilian declared that England captain Harry Kane was ‘intelligent’, while he called Real Madrid’s Karim Benzema ‘classic’.

When asked about the hardest defender he had faced, Neymar responded with Kyle Walker, saying ‘he’s fast, intelligent and strong’.

He was also asked about some of the next generation of rising stars, taking his time before saying England’s Jude Bellingham was ‘quality’, and saying Pedri was ‘Classic’, and noting his similarities to the iconic Andres Iniesta.

Neymar and Messi’s PSG side continue their Champions League campaign at Maccabi Haifa on Wednesday night. 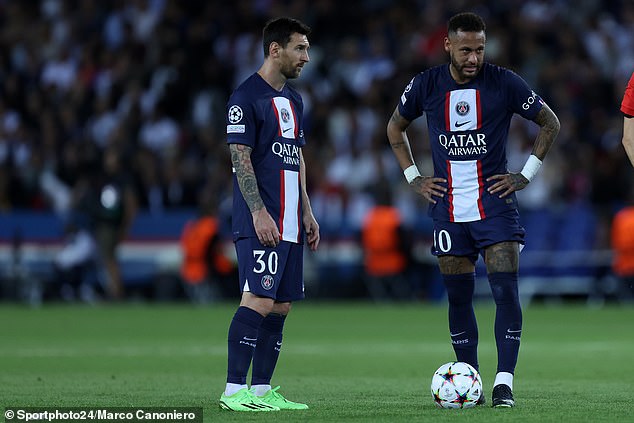