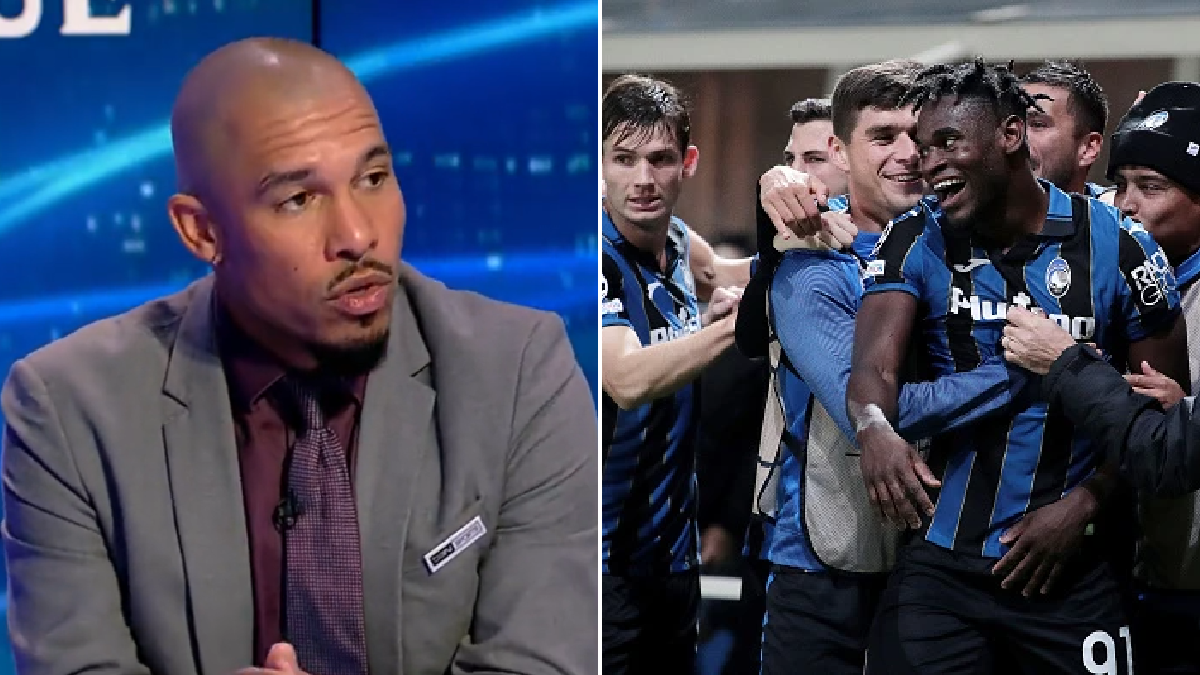 Nigel de Jong has slammed Harry Maguire and says the Manchester United star is ‘getting exposed every week’ after he once again struggled in the Red Devils’ thrilling Champions League draw with Atalanta.

England international Maguire has endured a difficult few weeks following his return from injury and was part of the Manchester United defence that conceded four goals against Leicester City and five against Liverpool last month.

Ole Gunnar Solskjaer’s side endured another mixed evening on Tuesday as Italian side Atalanta held them to a 2-2 draw in the Champions League and again threatened to stun the Premier League giants.

Josip Ilicic scored an early opener for Atalanta but it felt as though Manchester United would go on to dominate after Cristiano Ronaldo equalised on the stroke of half-time.

But United’s inconsistency returned and Duvan Zapata put the hosts back in front after beating the offside trap, evading a challenge from Maguire and lifting the ball past David de Gea.

Just as it seemed as though Manchester United were heading to another painful defeat, five-time Ballon d’Or winner Ronaldo once again saved Solskjaer’s blushes with an injury-time equaliser.

Ronaldo, meanwhile, admitted Manchester United were a ‘little bit lucky’ after salvaging a point against Atalanta.

‘It was a difficult game, I know when we play in Bergamo it is always difficult, but we believe until the end and I am so happy,’ he said.

‘We never give up, we believe until the end, it is a good result for us. The beginning was tough, we knew Atalanta would do a lot of pressure, they have a fantastic coach, when I played at Juventus they were always difficult to play against.

‘We were a little bit lucky in the end but that is football. We have to still improve, we have different players, different system, we have to adapt with each other, but it will take time. we have time to improve and be better.’