Arsenal striker Eddie Nketiah has revealed his motivation for his brace against Chelsea was fuelled by being released by his old club as a youth player.

Nketiah was the difference maker on Wednesday night as his two goals helped propel the Gunners to a 4-2 win at their bitter London rivals in the Premier League.

The 22-year-old was on Chelsea’s books for seven years from 2008 until 2015 before he was released and snapped up by Arsenal’s academy. 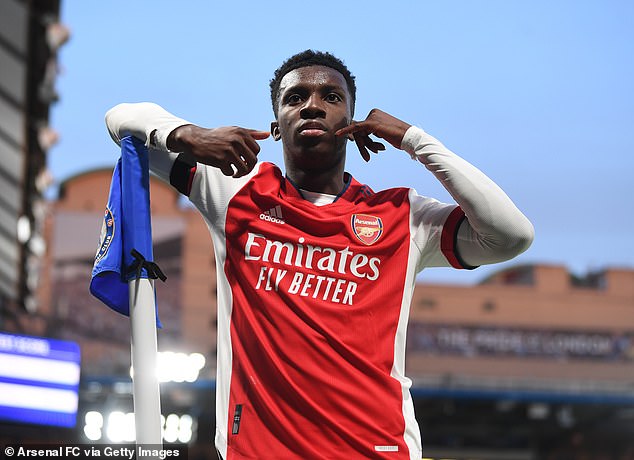 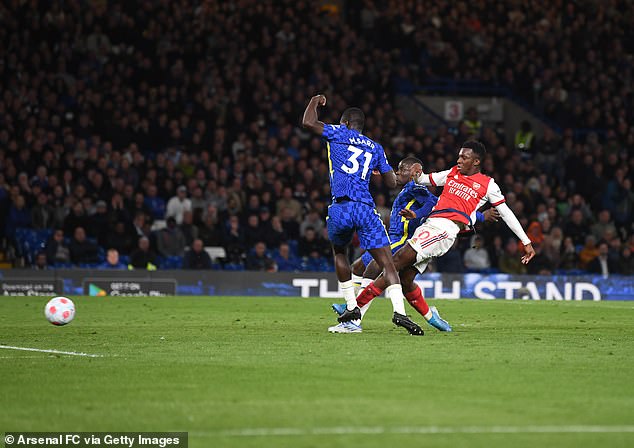 And the England Under-21 international came back to haunt the Blues on Wednesday with a display that has bolstered Arsenal’s hopes of securing a top-four finish.

‘I think it makes that bit more special, I was here up until U14s and then got let go so you always have that chip on your shoulder to come and prove yourself,’ he told Sky Sports after scoring twice at Stamford Bridge.

‘But today isn’t about me, it is good I got two goals, but it is about the team and bouncing back.’

The win in west London means Mikel Arteta’s side remain fifth in the Premier League table – but level on 57 points with Tottenham. Spurs are only ahead of them on goal difference with six games remaining of the season.

And Nketiah believes they can take the momentum from their win over Chelsea into the rest of the campaign.

‘I think it gives us confidence, we’ve all stuck together through the difficult times. We’ve showed that we can bounce back from setbacks. 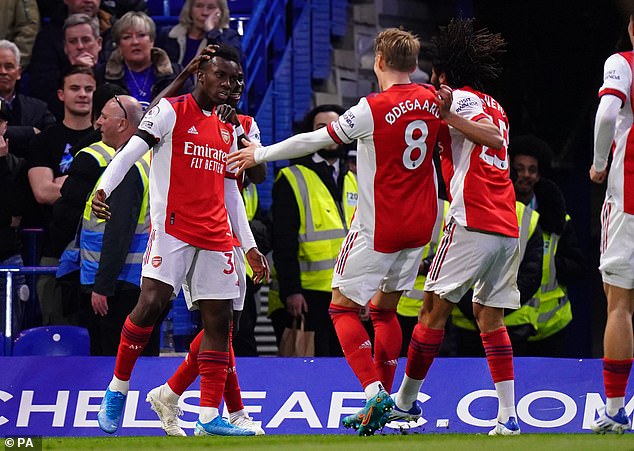 ‘Today is a great result, it is always nice winning a derby and we’re just looking to push on and hopefully keep getting three points to climb up the table.’

Nketiah’s performance earned plaudits from Arteta who conceded he hasn’t given the wantaway striker the minutes he deserves this term.

‘What Eddie has done tonight is because of what he has done for the last 10 months and no-one has noticed,’ the Spaniard said.

‘I said to him I haven’t been fair. I should have been playing him more.

‘We have other issues as well and that has not been easy.

‘But he deserved completely what happened to him tonight.’ 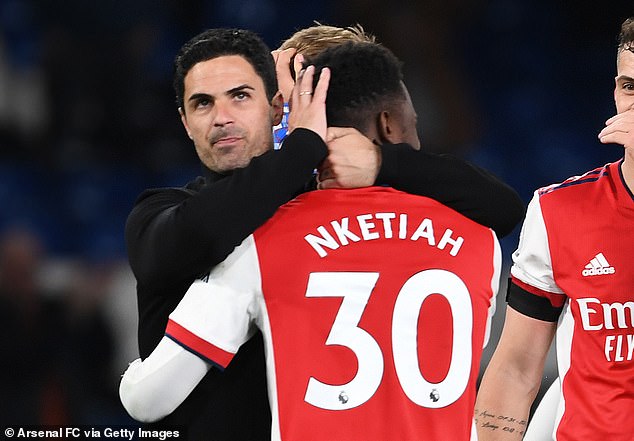