Match report as Liverpool eased past Norwich to get their campaign up and running; Diogo Jota opened the scoring (26); Second-half goals from sub Roberto Firmino and Mohamed Salah rounded off a perfect start for Jurgen Klopp; Salah has now scored for a fifth successive PL opening weekend 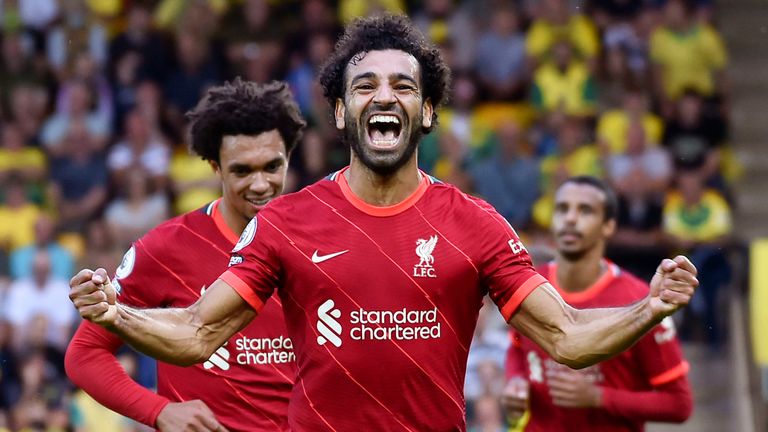 Liverpool made a fast start to their Premier League campaign, racing out of the blocks with a comfortable 3-0 victory at Norwich.

It had been a good weekend for the newly-promoted sides with wins for Brentford and Watford, but Norwich could not make it a clean sweep as Jurgen Klopp’s side, who handed the returning Virgil van Dijk his first competitive start in 10 months, clicked into gear.

Diogo Jota sent the Reds on their way in the 26th minute before second-half goals from substitute Roberto Firmino (65) and Mohamed Salah (74), who has now scored for a fifth successive opening weekend to a Premier League season, sealed a comprehensive opening win.

For Norwich, it was a difficult start to their return to the top flight and despite some positive moments during the game, things won’t be getting any easier for Daniel Farke and his side as they head to defending champions Manchester City next weekend.

Tags: 0-3, Jurgen, Liverpool, Norwich:
You may also like
Latest Posts