Daniel Farke has made his way onto Eintracht Frankfurt and Wolfsburg’s shortlist amid the chaos of the Bundesliga managerial merry-go-round, Express Sport can reveal. The 44-year-old German boss recently guided Norwich City to their second promotion under his leadership as the Canaries secured an immediate return to the Premier League following their relegation last season.

Farke’s impressive reign in East Anglia, which started back in 2017, has made him an attractive option for top-flight clubs back home in Germany but he intends to see out the remainder of his deal, meaning it would take a huge sales pitch and a sizeable compensation fee to secure his services before the start of next season.

Back in 2018, Eintracht expressed an interest in his availability but Farke made it clear he was committed to Norwich less than a year into his tenure.

Farke is one of several names on the club’s shortlist, although the appointment of a sporting director remains their current priority following the departure of Fredi Bobic to Hertha Berlin. 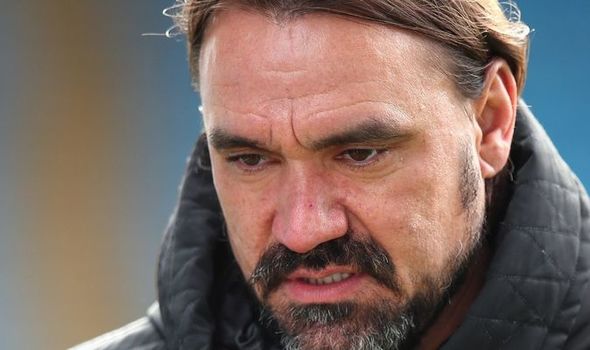 Express Sport also understands that Farke’s name has been discussed at boardroom level at Wolfsburg as recently as the past week, with current boss Oliver Glasner attracting interest from both Tottenham and RB Leipzig respectively.

Crucially though, Farke has already made it public that he intends to fulfil his Norwich contract, which expires in the summer of 2022.

Norwich have been keen to discuss extending his stay at Carrow Road but for now he has shelved talks and remains focused on winning the Championship title before plans will commence for another season in the Premier League.

Although Eintracht – who are just over a two-hour drive from his family in Dortmund – are believed to be more serious about appointing Farke, both clubs have also identified a number of other options, with a handful of decisive factors in play.

Firstly, both clubs remain locked in the race for Champions League football in the Bundesliga alongside one another and Borussia Dortmund. A top-four finish could prove key when attempting to lure any manager.

Furthermore, Wolfsburg boss Glasner is also amongst the contenders for the Eintracht job alongside Edin Terzic and Roger Schmidt.

RB Salzburg boss Jesse Marsch was also in the frame but he now looks set to beat Glasner to the RB Leipzig job with an announcement imminent.

Glasner’s future still remains unclear though and former Dutch midfielder Marco van Bommel is the favourite to replace him should he depart. 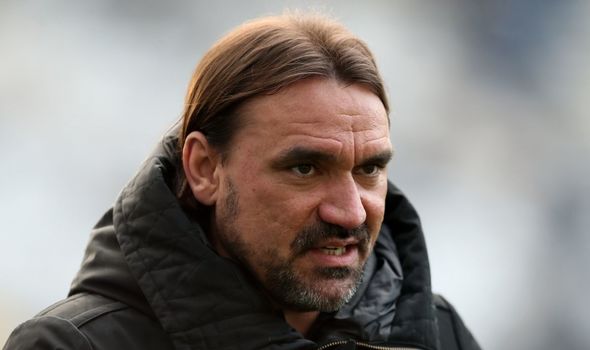 Farke has already been transparent when discussing his future and suggested that a return to his homeland may have to wait another year at least.

“I don’t mind. You have to live in this business with speculations and rumours and if there’s something in the press it’s quite normal,” Farke recently said.

“Max Aarons was already sold to Barcelona I was told and then it was Bayern Munich and Borussia Dortmund. He was sold to more or less every Premier League side in the top six.

“Yet he stayed to try and help us get promoted and lift the silverware.

“You know my attitude. I never comment on any speculation or rumours about my own personal situation. Sometimes I have to do this about the players, but never about my situation.

“I was always crystal clear in my words about my situation and always fulfilling my contract. There’s nothing to add and nothing has changed. That’s that.”