Nuno Espirito Santo ‘favourite for the vacant Crystal Palace job after THREE days of talks with club’ as Eagles look to land immediate successor to Roy Hodgson after his emotional farewell – but Everton are after him too!

Former Wolves boss Nuno Espirito Santo is the frontrunner to take over at Crystal Palace this summer, according to reports.

Nuno waved goodbye to Wolves at the end of the season following four years at the club, in what was a shock departure following a rift with the club’s owners over transfers.

But he is hoping for a quick return to management and could be offered just that at Palace, with Sky Sports reporting that Nuno remains the favourite for the Selhurst Park vacancy following three days of talks with the club. 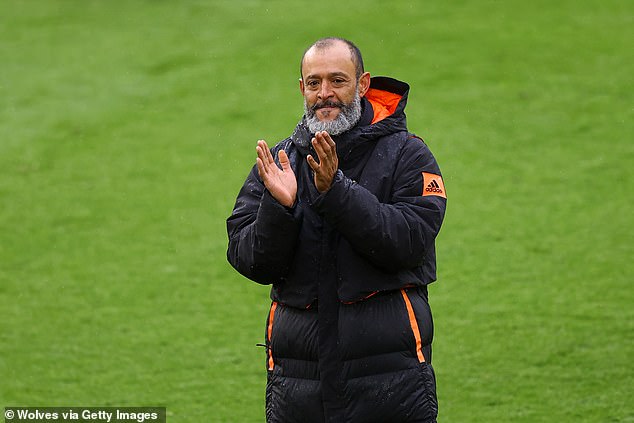 The report also claims that the 47-year-old Portuguese manager believes he has a point to prove following his sudden departure from Wolves.

Palace will be looking to wrap up a deal for Nuno as quickly as they can as he is set to be a man in demand after impressing at the helm at Molineux.

However, Palace are set for competition from Everton, who are on the hunt for a new manager after the shock news that Carlo Ancelotti has sealed a sensational return to Real Madrid.

And the Toffees are considering Nuno as Ancelotti’s successor, as well as David Moyes and Eddie Howe.

The Eagles are looking to land a quick appointment following the emotional departure of Roy Hodgson at the end of the season.

Hodgson said an emotional farewell from Selhurst Park after four years in charge, having preserved the club’s top-flight status once more. 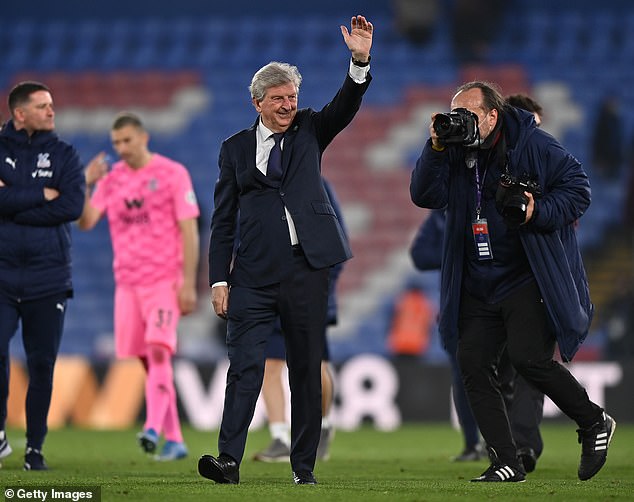 Palace also have an interest in Swansea boss Steve Cooper – the former England Under 17’s manager – after guiding his side to the Championship play-off final, in which they were defeated by Brentford.

Thomas Frank had also been shortlisted but any hopes of bringing him to Palace look remote following Brentford’s promotion to the Premier League after overcoming Swansea in the play-off final last weekend at Wembley.

Meanwhile, Wolves are still on the hunt for Nuno’s successor this summer, in what is shaping up to be a hectic few months.

Sportsmail revealed on Sunday that candidate Bruno Lage will discover this week if he will be granted a work permit to become the new Wolves manager.

The former Benfica boss is Wolves’ first choice to replace Nuno and was interviewed last week, though they are also understood to be considering other candidates. 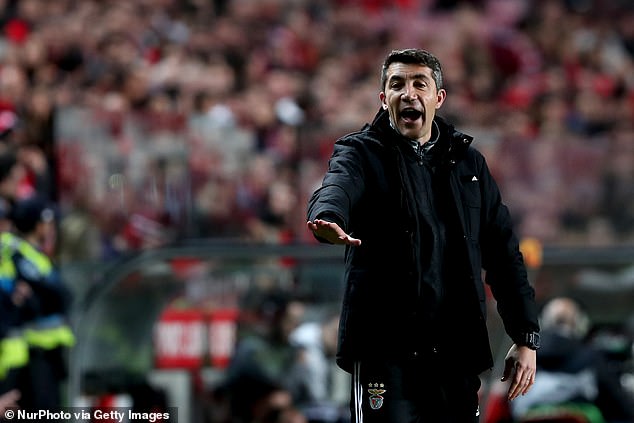 He does not qualify automatically for a permit under new rules following Brexit and has an appeal hearing on Wednesday.

Like Nuno, Lage is a client of Portuguese agent Jorge Mendes.

Wolves owner Jeff Shi said last month that the club would make sure they appointed the right man, regardless of their agent, and it is expected the new head coach will be from the Mendes stable.

Lage needs to have spent two consecutive years, or three out of the last five, working in a ‘top league’ to qualify.

He has been out of work for almost a year but Wolves are confident he will be granted a work permit.