Arsenal have been dealt a huge blow ahead of their Carabao Cup semi-final against Liverpool after news that Martin Odegaard has picked up an injury and will miss the trip to Anfield.

The Norwegian midfielder has been in impressive form of late, picking up three assists in his last five games for Mikel Arteta’s men and scoring three times during the busy Christmas period last month, so his absence will be felt.

Odegaard has been ruled out of the clash with Jurgen Klopp’s Reds, according to Goal, adding to Arteta’s selection headache, with his midfield options now looking to be limited. 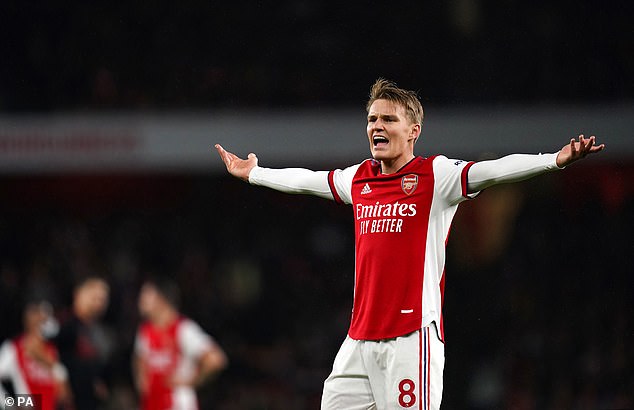 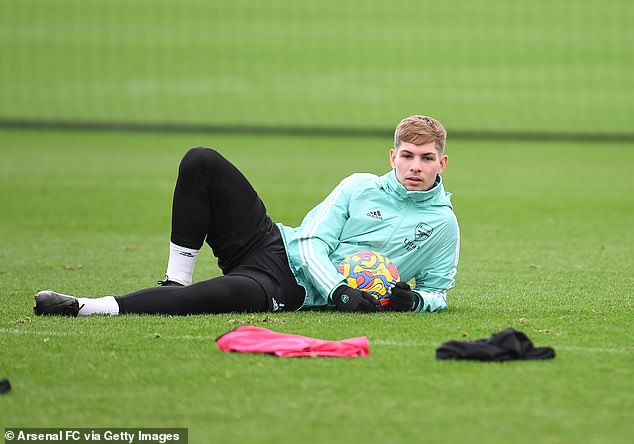 The Spaniard is already set to be without the services of Emile Smith Rowe – who sat out of the 1-0 FA Cup third round defeat to Nottingham Forest, giving him a selection headache if Odegaard’s injury is confirmed.

Arteta is understood to be considering centre-back Ben White for a spot in his midfield, with Mohamed Elneny and Thomas Partey both away on Africa Cup on Nations duty to compound his woes.

Odegaard and Smith Rowe have both been two of Arsenal’s top performers this season, with the former earning the Premier League’s player of the month award for December, keeping his team-mate out of the team at times due to his consistency.

The 23-year-old’s influence on the team has already seen Arteta hint that he could be a future captain – calling him ‘a natural leader’. 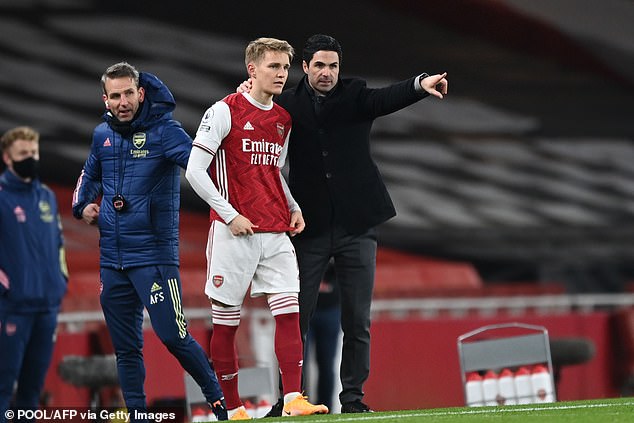 ‘He’s a very young player but already has a lot of experience at different clubs and international level.

‘I agree in the last few weeks he’s getting close to his best level and the ceiling for him I don’t know where it is because of talent and desire he has and how much he wants to improve.

‘We have a tremendous player. He is a natural leader if you look for perfect professional he wouldn’t be very far from that.’

Arsenal play their first leg against Liverpool tonight in a rescheduled game after the initial opening game of the tie was postponed due to rising Covid cases in Liverpool’s squad.