‘I will give my blood to get it’: Odion Ighalo desperate to take his chance at Manchester United after scoring his first goal since shock loan move

Manchester United newboy Odion Ighalo has vowed to give everything to seize his chance at Old Trafford after netting his first goal for the club.

The Nigerian bundled home against Club Brugge in the Europa League Last 32 to get himself off the mark after his shock loan move from Shanghai Shenhua on transfer deadline day, and is now desperate to push on and work hard to impress.

Ighalo started against the Belgian side on Thursday night and played the full 90 minutes, but the 30-year-old has no plans to stop there after joining the club he supported as a boy. ‘This is what I am working for,’ he told the club’s official website.

‘This is what I dream of and what I dreamt of when I was a kid. Now it is in my hands so I have to fight for it. I will give my blood to get it.

‘I am still working hard in every training session and doing some extra to make sure I get up to the level. When I’m called upon, I will give my best.’

Adapting to a new team is never easy but Ighalo was quick to point out how welcoming his team-mates had been since he arrived in January and said he had been left in awe of the quality on the training pitch. 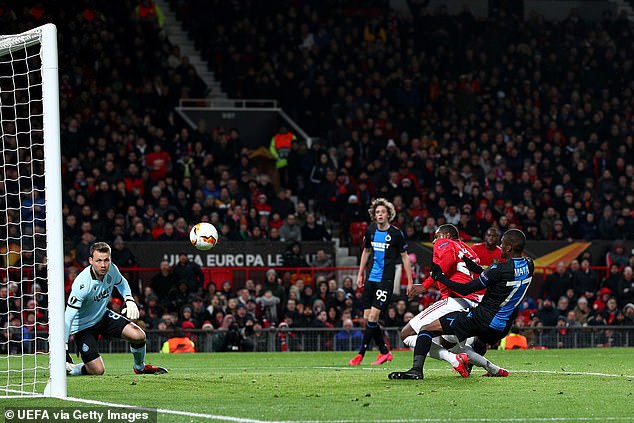 ‘It’s been great here,’ he said. ‘The lads are all great guys. It’s a happy dressing room, the coach and everyone around the club make me feel at home. I’m really enjoying my time here.

‘We have quality players in the team. Martial is on fire, scoring goals. Bruno [Fernandes] is doing well, [Daniel] James too, everybody from the goalkeeper to the top is working really hard. So I think this is very good for the team.

‘We need to keep the momentum going and keep winning games and fighting in every match, to make sure we get our objectives at the end of the season.’ 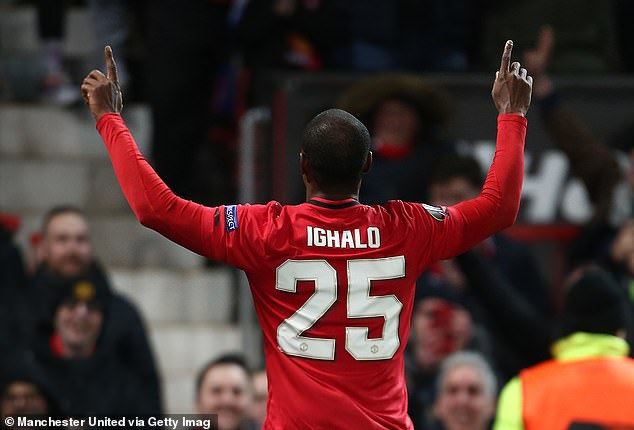 Ighalo will have hopes of playing a part in United’s trip to Everton on Sunday, and with Marcus Rashford still out injured, he could even start for the second time in a row. The forward netted on his Premier League debut for Watford in 2015 against the Toffees, so the omens are good for Ighalo.

‘Yes, I scored at Goodison Park. It was 2-2 and I played my first game in the Premier League – and scored a goal! I was happy. If I have the opportunity to go back again there, it will be very good.’

Tags: desperate, Ighalo, Odion, take, to
You may also like
Latest Posts