Oldham Athletic owner Abdallah Lemsagam claims he is willing to sell the League Two club and is speaking to ‘credible bidders’.

The Latics, without a manager since Keith Curle left in November, are currently under a transfer embargo, sit bottom of League Two and four points from safety having played more games than their competitors.

Oldham could become the first club to have played in the Premier League and be relegated to the National League. 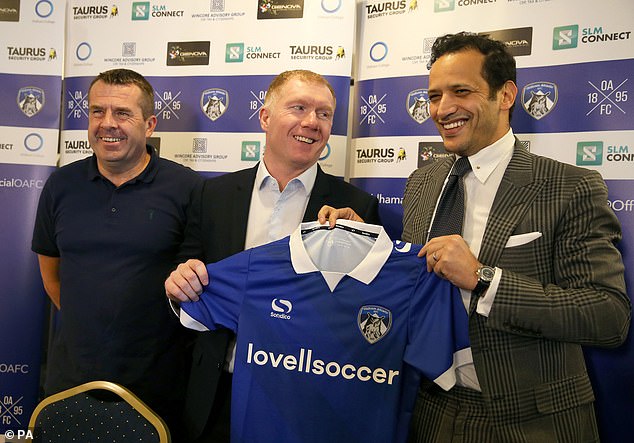 Fans have staged a succession of protests calling for Lemsagam, a former Moroccan football agent, to quit Boundary Park after overseeing the club’s demise in his four years at the helm.

‘Since I purchased the club four years ago I have invested money and time trying to clean the club of all of its historic issues. There were very many.’ Lemsagam said in a statement.

‘Although that work goes on behind the scenes, it is now almost complete with only the North Stand issue to resolve.

‘I have invested in the litigation process and that may need a court to rule on it to get justice for the club and recover what rightfully belongs to it. 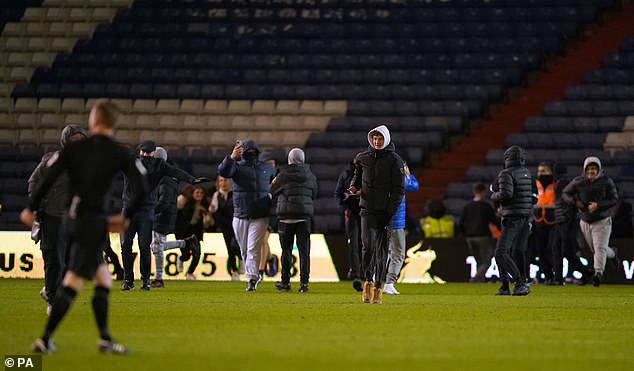 ‘On the playing side, things have not gone how I wanted in the last four years, to say the least. I made mistakes and I won’t make excuses – we are where we are.

‘In the short term, I am now focused on improving the squad to fight the relegation battle we are now in.

‘In the medium term, I can see that my ownership has caused unrest within the club and the fans. 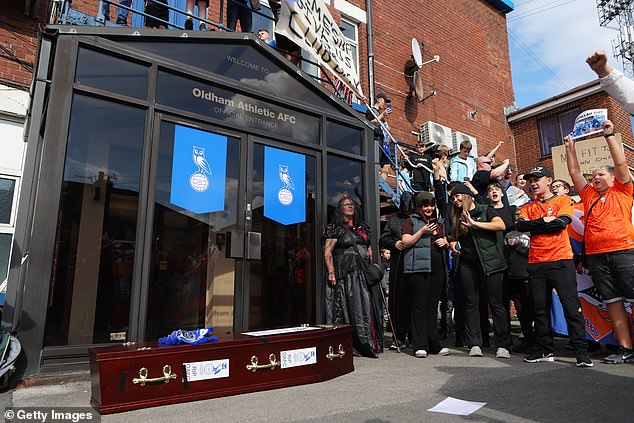 Back in September, prior to a match against Hartlepool United at Boundary Park, irate fans left a coffin outside the main entrance and showed up dressed as clowns to show their fury

‘My team is speaking to certain credible bidders and I am happy to speak to others.

‘I would ask that every section of the fan base gets behind the team, whatever you think about me it is in everyone’s interests that our great club wins this battle.’

Lemsagam’s arrival at the club came during a season where Oldham struggled on the pitch, as their 21-year spell in English football’s third tier ended when they were relegated to League Two.

Under his tenure there have been accusations of late payment of salaries and threats of player strikes – as well as the prospect of administration.

In their three-and-a-half seasons in the fourth tier, the club have had nine changes in head coach, including former Manchester United midfielder Paul Scholes’ 31-day stint in charge.