Manchester United boss Ole Gunnar Solskjaer could be sacked because of Anthony Martial, says Liverpool legend Steve Nicol. Martial is United’s second leading goalscorer in all competitions this season, having netted 15 times. The Frenchman has scored in his last three appearances, including a fine instinctive finish in the 3-0 win over Watford on Sunday.

Nicol claims Martial has shown he has the quality at times to be a key man for United.

But the pundit believes Martial’s lack of consistency is a problem for Solskjaer going forward and the Norwegian might end up paying the price with his job.

“This is the kind of guy that gets you the sack because he will do something like he did in this game, and by the way what a goal,” Nicol said on ESPN FC.

“You talk about awareness, how cool. There are only a certain amount of people who have the ability that are capable of doing it.

JUST IN: Man City could be saved from relegation – because Premier League rivals will help 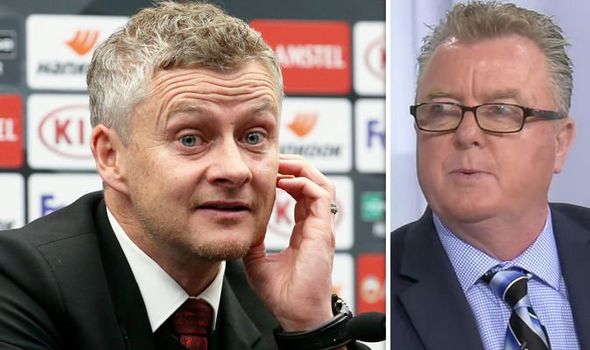 “But you know what, this guy from doing that will disappear and not doing anything.

“And as a coach you will be sitting on the side of the field going ‘Do you know what? I’m going to take this guy off’. And then he’ll do that.

“You’re constantly as a coach thinking what you’re going to get from this guy. That’s not a good place to be.

“As talented a guy as Martial is, that’s not good for Solskjaer.”

Martial has been United’s main No 9 throughout the season so far, with Marcus Rashford more often playing from the left before suffering his back injury in January.

Solskjaer admits the 24-year-old has room for improvement but is getting better in his new role.

“Anthony is still learning. He’s played in a wide role for many, many years, but he’s getting more and more used to playing as a No 9 now,” Solskjaer told talkSPORT. 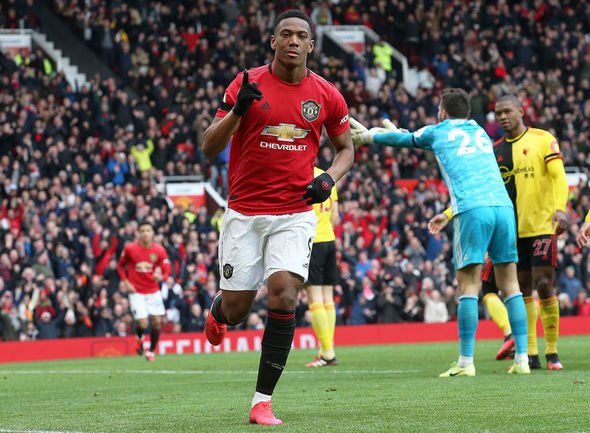 “This week he scored three different goals, one as a centre forward/No 9 [against Chelsea] with a header.

“The one in Brugge was all about hard work and being an opportunist after picking up on a mistake. But he did all the work himself.

“And today that is the Anthony we have always known, the more who has more skill than most of the players around.”

Carragher’s back-up to Liverpool for title would be ‘sticking two fingers up’
Recent Posts
This website uses cookies to improve your user experience and to provide you with advertisements that are relevant to your interests. By continuing to browse the site you are agreeing to our use of cookies.Ok