Olivier Giroud did enough during Thomas Tuchel’s first few months in charge for Chelsea to offer him a one-year contract extension, but that leaves Marina Granovskaia with two key decisions to make this summer. Multiple reports over the past few weeks have suggested that Giroud will leave Chelsea in the transfer window in search of regular football elsewhere.

While the Frenchman had scored some important goals in the second half of the season – including his match-winning effort against Atletico Madrid back in February – he was far from a regular in Tuchel’s squad.

He played just 39 minutes of Premier League football in Chelsea’s final 12 games of the season.

But Chelsea have now announced that Giroud will stay at the club for another season.

The club confirmed that an agreement had already been signed back in April to extend the striker’s contract. 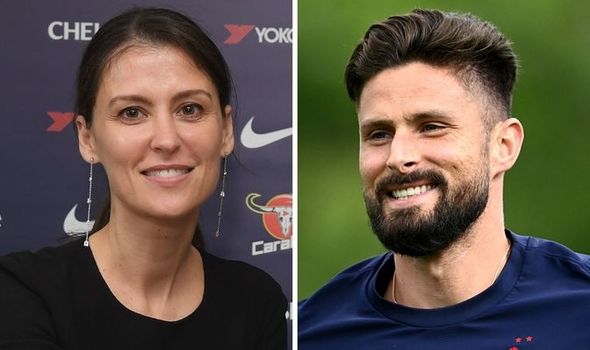 Granovskaia said: “Olivier has been such a crucial part of so many big moments for this club, from his contribution to our FA Cup victory in 2018 to scoring 11 goals on the way to winning the Europa League in 2019.

“He has continued to score significant goals, and we will never forget his effort against Atletico Madrid on the way to winning the Champions League this season.

“With so much to still to play for, there was only one decision we could make when we exercised the option to extend his contract back in April.”

But Giroud’s surprise contract renewal raises some transfer questions at Chelsea this summer.

The Blues are reportedly still looking to sign a striker this summer with the likes of Harry Kane, Erling Haaland and Romelu Lukaku.

The Inter Milan forward has since stated that he plans to stay with the Serie A club for the upcoming season.

However, Giroud will undoubtedly want to still want to be a regular part of Tuchel’s plans for next season.

The experienced forward has been a shrewd piece of business since he joined from Arsenal in 2018.

Tuchel though has also favoured playing Kai Havertz as a false-nine and he’s just begun to live up to his hefty price-tag. 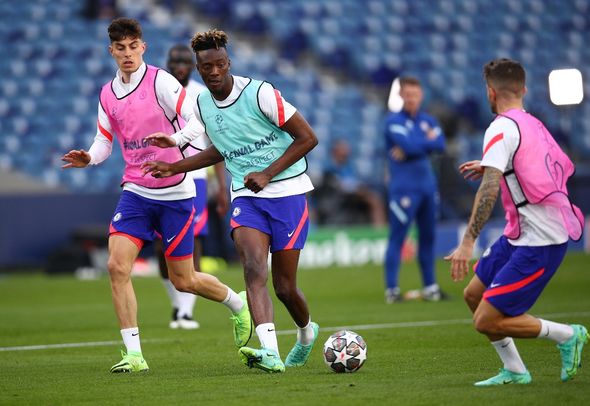 Timo Werner has also been favoured through the middle at times, raising questions on whether Chelsea will still look to sign a top striker this summer.

What Giroud’s renewal also does do though is raise further questions on Tammy Abraham’s future in west London.

The 23-year-old fell down the pecking order under Tuchel and was regularly left out of the matchday squad.

A number of Premier League clubs have been linked with making a move for the striker, who still scored six goals in just 12 league starts.

West Ham remain strongly linked with a move to sign Abraham while Aston Villa have also been touted as possible destinations.

Reports have suggested that Chelsea are hoping to get £40million for Abraham this summer.