Manchester United forward Anthony Martial is the player Bruno Fernandes has linked up best with on the pitch so far, claims former Liverpool and West Ham midfielder Don Hutchison. Fernandes has shone since his initial £46.6million move to United from Sporting Lisbon in January. The Portugal star has registered three assists and scored two goals in his first five Premier League appearances.

One of those assists was for Martial in the 2-0 derby win over Manchester City at Old Trafford earlier this month.

Martial met Fernandes’ delightful chip on the volley to put the Red Devils ahead against Pep Guardiola’s reigning champions.

Hutchison says Fernandes will be a top player for a number of years at United and says he is getting the best out of new team-mate Martial in particular.

“I think that’s fair to say [that Fernandes has saved United’s season], I think he has been absolutely sensational since he’s come through the door,” Hutchison told ESPN FC.

JUST IN: Paul Merson uses funny analogy to explain why Liverpool can’t be handed the title 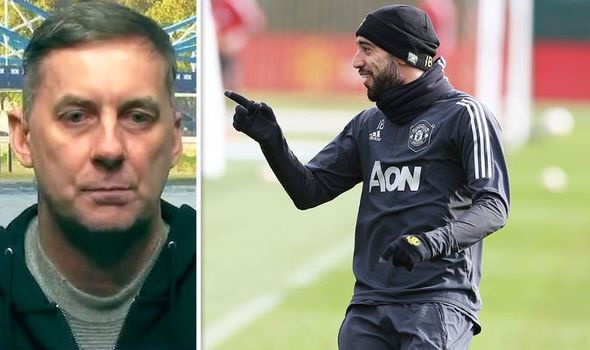 “I think he’s raised the bar inside the dressing room, I think everyone looks as though they’re on his wavelength.

“The one person I’m watching who I think has got on the same wavelength as Bruno Fernandes is Anthony Martial.

“He’s all of a sudden started to come alive, you saw that free kick the other day where it was rehearsed from the training ground and they certainly look as though they are a real good partnership.

“At 25 he’s the right age, he wears the shirt well, he’s got a persona, he’s got character, he’s got a little bit of arrogance you saw in the spat he had the other week against Pep Guardiola as well.

“So I think Man United fans are going to love him for many a year. I think he’s a top, top player.”

Earlier this month, United boss Ole Gunnar Solskjaer heaped praise on the impact Fernandes has made at the club.

“The whole club [has been lifted], because he has everything I spoke about,” Solskjaer said.

“He works hard, he is humble enough, he’s got the desire and commitment, but he’s also got the X-factor. 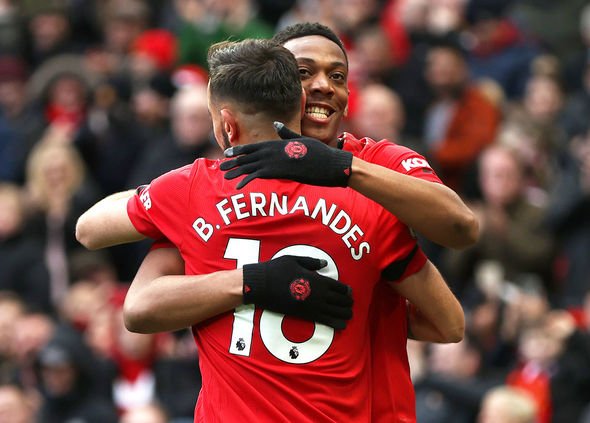 “He is a risk-taker, he’s got the courage to make mistakes and if you make enough mistakes it’ll be corrected into fantastic assists or goals.

“You need a character here, you need character at this club, but this team they have got that.

“They have learned through some hard times this season, because we have been a young team and we have started something we believe in and Bruno has helped that.”