Barcelona will hold another meeting with Ousmane Dembele’s agent Moussa Sissoko next week after falling short with their latest contract proposal.

Bayern Munich and Paris St Germain are both showing strong interest in signing the France international who is a free agent at the end of the season.

Barca coach Xavi has expressed a desire to keep the 24-year old but president Joan Laporta is wary of increasing their financial offer much further amid continued cost cutting and a demand for new signings. 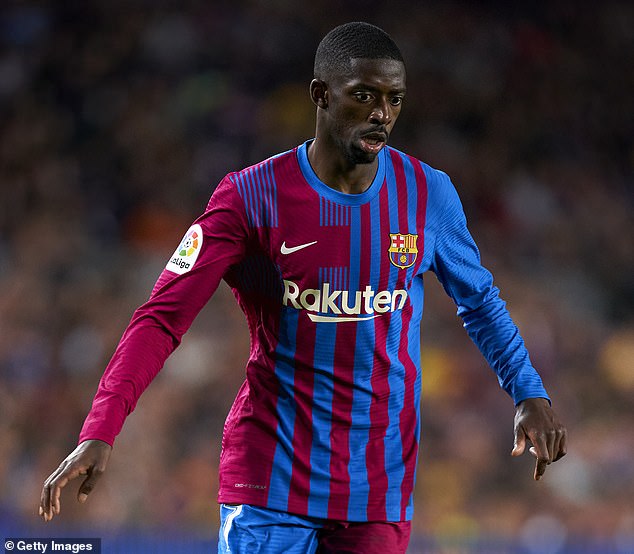 Barca have held talks over a deal for Leeds United’s Brazilian winger Raphinha and are likely to allow Adama Traore to return to Wolves. They are also open to offers for Memphis Depay and would consider selling Frenkie de Jong if any suitors show a willingness to pay around £75m.

Manchester United, who expect Paul Pogba to leave, admire the Holland international but not at that price.

Dembele’s future will become clearer at next week’s meeting which will be scheduled once La Liga season finishes. 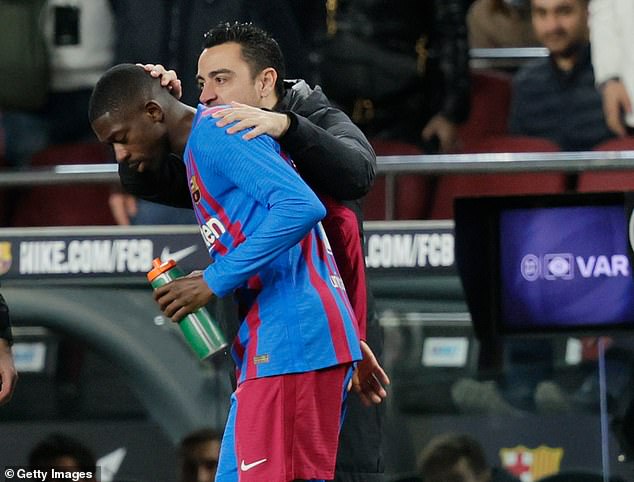 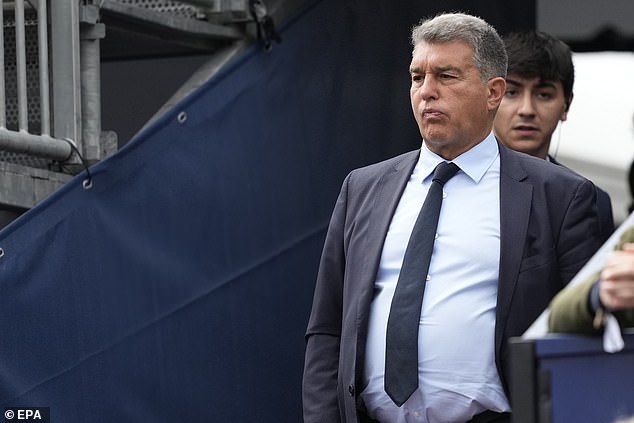 PSG, who have maintained an interest since attempting to sign Dembele in January, are in need of a winger with Angel di Maria expected to join Juventus after his agents held talks with the Italians this week.

Juventus are also among those to have spoken to Pogba’s lawyer Rafaela Pimenta who held a meeting with the Turin club on Monday.

Dembele has struggled to live up to his £135million price tag since he joined Barcelona from Borussia Dortmund in 2017.

He has suffered numerous injury problems during his time at the Nou Camp but has been one of their better performers this season – leading the LaLiga assist charts with 13 in just 20 appearances. 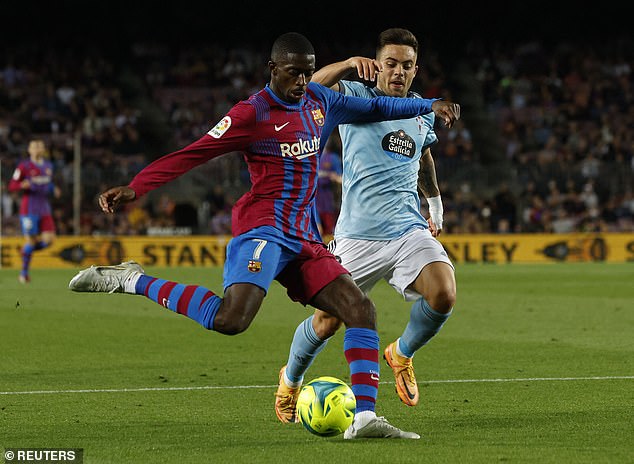 Laporta reportedly told Catalunya Radio, as per Goal: ‘He wants to stay, but he is very tempted by other options that offer better conditions.

‘The offer has been presented for a long time and they (Dembele’s representatives) have asked us for time until the end of the season, next week.

‘We already wanted an answer before, but we can’t force it because Dembele ends his contract. The coach and I like him. We have made a very important effort to keep him.

‘I see him very comfortable. There is a good personal relationship with everyone. [Pierre-Emerick Aubameyang] has come, with him and they are very good friends.

‘He has some representatives who control the situation, but I hope he stays. If not, we will strengthen that position.’