Former Manchester United midfielder Owen Hargreaves has named the starting XI Ole Gunnar Solskjaer must pick when everyone is fit. United are currently without this season’s top scorer Marcus Rashford and midfielder Paul Pogba due to injuries. Pogba has played just seven Premier League matches this term and is continuously linked with a move away from Old Trafford.

But Hargreaves would still include the France World Cup-winner in his best United XI.

The ex-England international has lined United up in a 3-5-2 formation, with Rashford up front with Anthony Martial.

In midfield, Pogba and January signing Bruno Fernandes sit ahead of Nemanja Matic, who occupies the holding role.

That means both Fred and Scott McTominay miss out despite Hargreaves having praise for the midfield duo earlier this week. 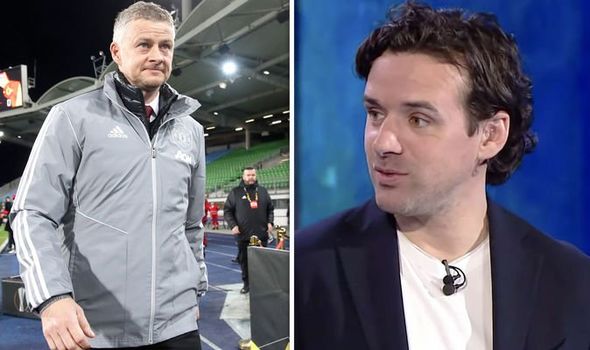 Aaron Wan-Bissaka and Brandon Williams line up in the wing-back positions for Hargreaves, with Luke Shaw at left centre-back – a role he has impressed in of late.

Hargreaves believes United would be far more productive in the final third with the team he has chosen.

“It’s a difficult one because obviously you’ve got to build around Bruno,” Hargreaves said on The Analysis Show.

“And I think if Bruno’s in there you can only have one sitter.

“So that could easily be Pogba and that could be Bruno Fernandes but [Matic] needs to always sit.

“So you get them in the team and that means rather than these guys getting box to box, Fred and Matic, you just need a sitter.

“The reason Man United are so far behind Man City, defensively the goals conceded are almost the same, the big difference is in terms of goals scored. 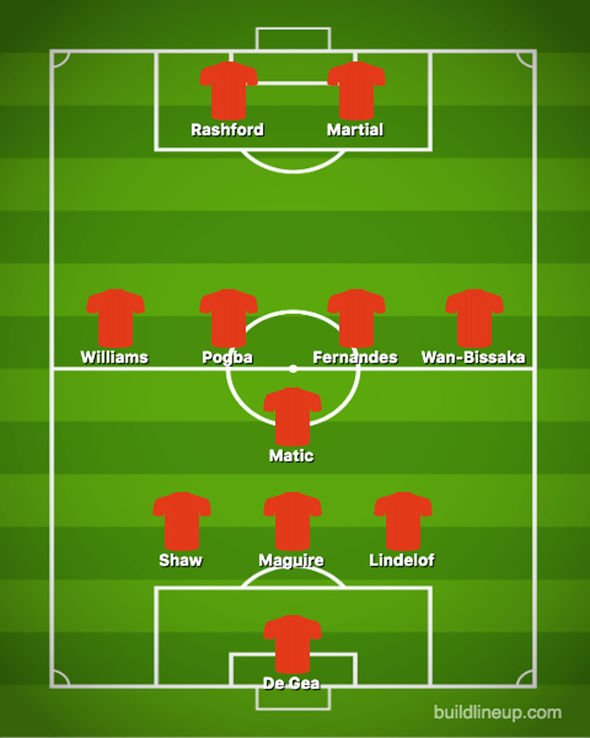 “I think they’re 20-plus behind Man City. If you can get Pogba into your side with Bruno Fernandes, with Rashford and Martial, then all of a sudden that attack is very, very good.

“So that’s not an issue, can you address issues further up the pitch?

“I think if you get a sitter plus Fernandes, Pogba, Rashford and Martial, that’s a great attacking line up.”

Hargreaves’ United XI when everyone is available