Oxford City to face Shrewsbury in FA Cup second round 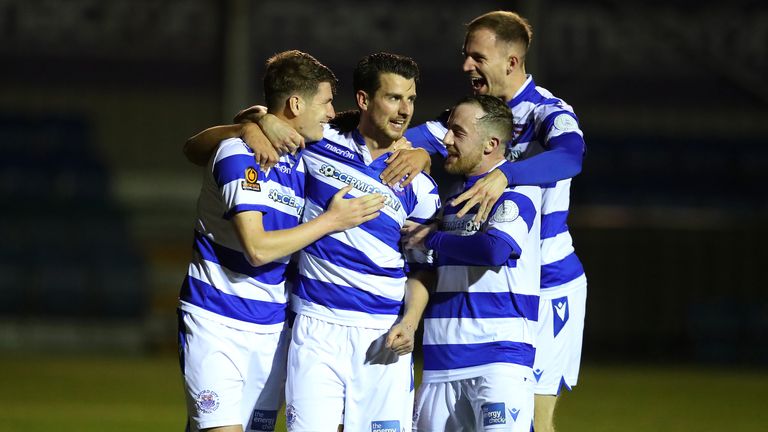 Part-timers Oxford City caused an FA Cup giant-killing with a 2-1 win over League One Northampton at Court Place Farm.

The National League South side could even afford a missed penalty early in the second half when James Roberts, fouled by Joe Martin, had his spot-kick saved by Jonathan Mitchell.

But Mitchell could do nothing to stop Josh Ashby’s penalty into the bottom corner after 68 minutes after Fraser Horsfall pulled back Elliot Benyon.

The victory earns Oxford City a trip to Shrewsbury in the second round.

City were appearing in the first round for the fourth successive season and they played the ball around crisply on their 4G artificial pitch.

Northampton, who had made seven changes from the side that drew 0-0 with MK Dons, would have regained the lead but for a stunning goalline clearance by Aaron Drewe from Marshall’s drive.

At the other end Mitchell turned aside a shot from Roberts and then smartly pushed Joe Oastler’s header from the corner around a post, before finally being beaten by City’s second spot-kick.