Arsenal could be forced to sell Reiss Nelson after talks over extending his stay at the club stalled, with Crystal Palace, Brighton and Brentford all reportedly interested in the winger.

The 21-year-old is seen as one of the brightest players to have graduated from Arsenal’s acadamey in recent years but has struggled to break into the first-team setup at the Emirates.

Opportunities at the club could be limited once again this season, which has reportedly led to contract talks breaking down in recent weeks while leaving Arsenal to consider whether they should cash-in on the player, who has entered the final year of his current deal. 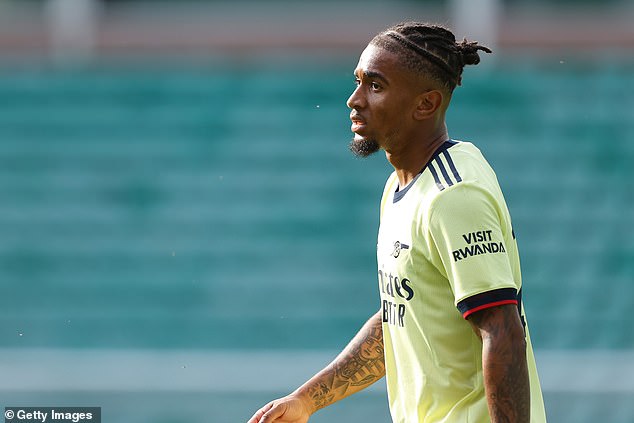 According to CBS Sports, the Gunners have been keen to tie Nelson down to a new long-term deal but with no breakthrough in talks, could sell him in this transfer window instead of losing him for free in 12 months time.

The report goes on to claim that Palace, Brighton and Brentford would all be interested in signing the highly-rated winger, while Arsenal would want roughly £15-20million for him.

Nelson, who will be free to negotiate pre-contract agreement with clubs in January, is also reportedly attracting interest from the Bundesliga.

The England starlet showed plenty of promise while on loan at Hoffenheim suring the 2018-19 season and even earned the admiration of no Bayern Munich boss Julian Nagelsmann. 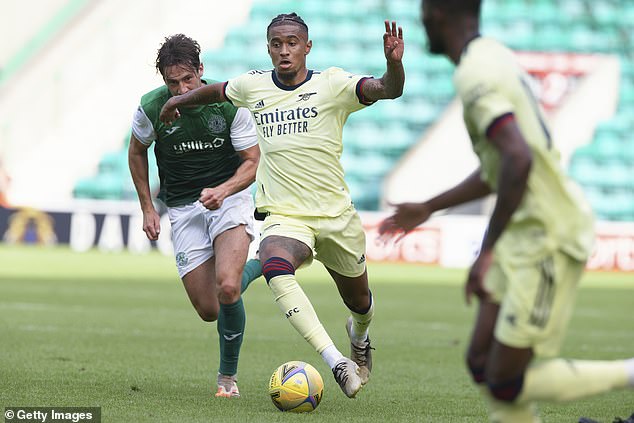 Crystal Palace, Brighton and Brentford are reportedly interested in the young Arsenal forward 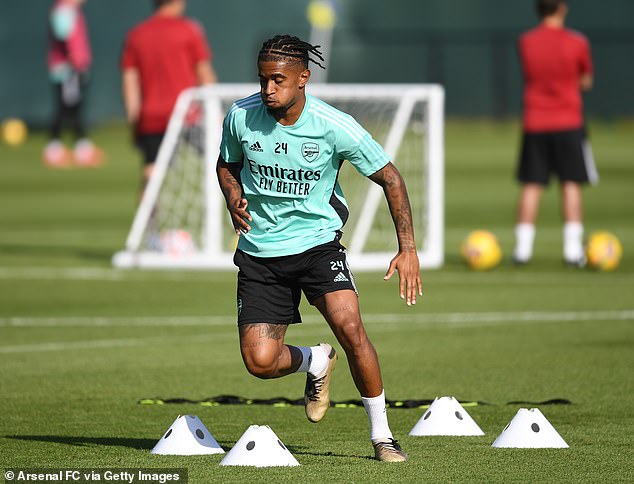 ‘He has great potential to develop. That’s why we loaned him in the first place. He’s an incredible player in one-on-one situations,’ Nagelsmann said during that season.

‘It’s about growing in a healthy fashion for young players. It’s like being a musician. One good song can put bread on the table for a few weeks but it’s not about just being a one-hit wonder.

‘It’s about being stable for a long time, in the best case doing that over the course of 15 years.

‘If you want to be a great player, like to name a few examples, Cristiano Ronaldo, Arjen Robben or Lionel Messi, being able to perform at the top for over a decade. So he’s got to work hard now.’

Gunners boss Mikel Arteta has found it difficult leaving Nelson out of his plans in recent years, saying the player ‘deserves’ to feature more. 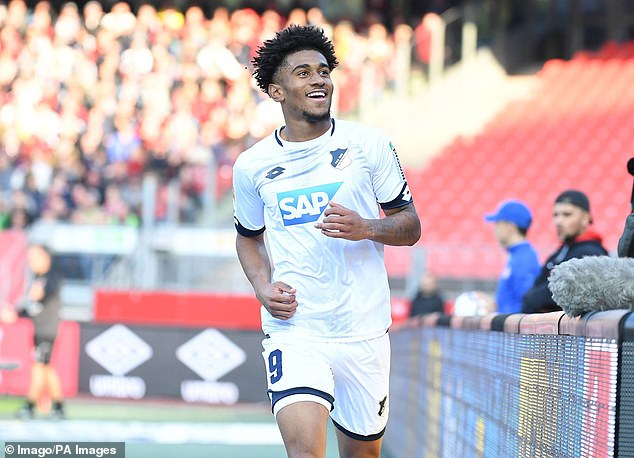 ‘With Reiss I would like to give him more,’ the Arsenal boss explained. ‘He’s a boy who trains really hard, he wants to do extra all the time but it’s very difficult at the moment with the players that we have to fit him.

‘I feel sorry that we don’t have other competitions to use him because he deserves more. If he doesn’t play more it’s my fault.’

Nelson made 15 appearances in all competitions for Arsenal last season, scoring three goals and grabbing one assist.

Tags: battle, It, out, Palace, to
You may also like
Latest Posts