Thomas Partey was NOT rushed back from injury claims Arsenal boss Mikel Arteta, with midfielder set to miss ‘next few matches’ after limping off in derby defeat at Tottenham

Arsenal manager Mikel Arteta insists Thomas Partey’s injury setback was not because he was rushed back by the club for their north London derby against Tottenham.

Partey will ‘miss the next few matches’ because of a recurrence of his recent thigh issue, Arteta confirmed on Wednesday ahead of their Europa League dead rubber with Dundalk.

The 2-0 defeat by Spurs was Partey’s first appearance in almost a month and Arteta said: ‘He did incredibly well and was very confident. We tested him three times and he had zero incidents. 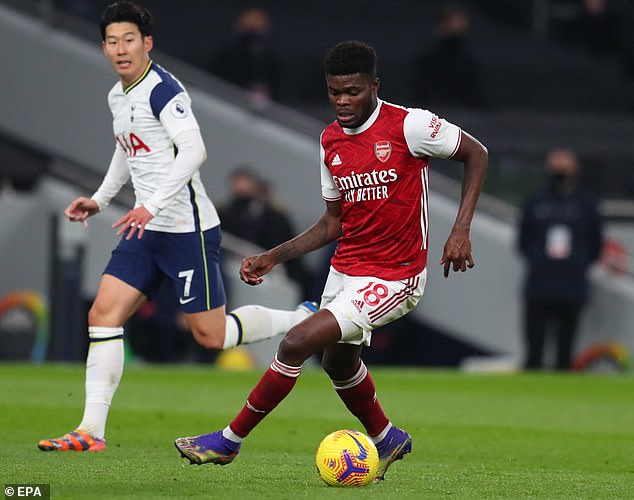 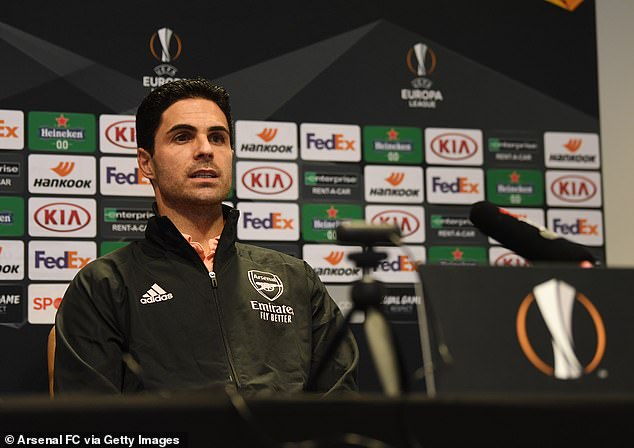 In football you have a lot of unpredictable actions.’ Partey limped off the pitch against Tottenham – leaving Arsenal light in defence as Spurs scored from a counter-attack.

Arteta is set to give Arsenal’s kids their chance in Thursday night’s clash. The club are looking to end their Europa League group with a perfect record after five wins from five.

Arteta added he would fully support his players if they decided to walk off the pitch if they felt there had been a racist incident, in light of what happened in the Champions League clash between PSG and Istanbul Basaksehir.

Tags: back, fro, not, Partey, rushed, was
You may also like
Latest Posts