Doubters will doubt, haters will hate, that’s just what they do.

But, in the case of Patrick Bamford, there has been plenty of ammunition to embolden the naysayers questioning his suitability to Premier League football.

As he prepared to embark on another chapter of top-flight football having helped Leeds win promotion, the 27-year-old had just a solitary Premier League goal to his name from 27 appearances.

It’s a record and a stick that has been used to beat Bamford. ‘He can’t cut in the Premier League’, ‘he’s better suited to the Championship’. The verdict followed a familiar pattern.

So when Bamford capped a breathtaking start to life back in the Premier League with a hat-trick against Aston Villa, thoughts immediately turned to the striker silencing his critics.

Bamford admits he does have a point to prove in the Premier League, but not to who you might think. Six goals in the opening six games have taken on the more significant role of confirming what he knew to be true, that he can operate at the very highest level.

“Of course I had a point to prove,” he tells Sky Sports. “I played a bit-part, minutes here and there, when I played in the Premier League before and never really got a proper chance at it.

“There was probably a lot of people that doubted me but, more than anything, proving it to myself [was important]. I always knew I could play at this level, so it was more for me to prove to myself that I can do well here.

“If I’d have scored three tap-ins [against Villa], I’d have been just as happy! The second two were nice goals, with the third especially a nice team goal, it started from the goalkeeper and we built up play very well.

“It was a good job I capped off that attack with a goal, it made it more special, and finishing off a hat-trick with it was nice.

“I’ve probably been given a bit of stick in the past for having a relaxed body language but sometimes as a striker it helps having that calmness when you’re in those situations.” 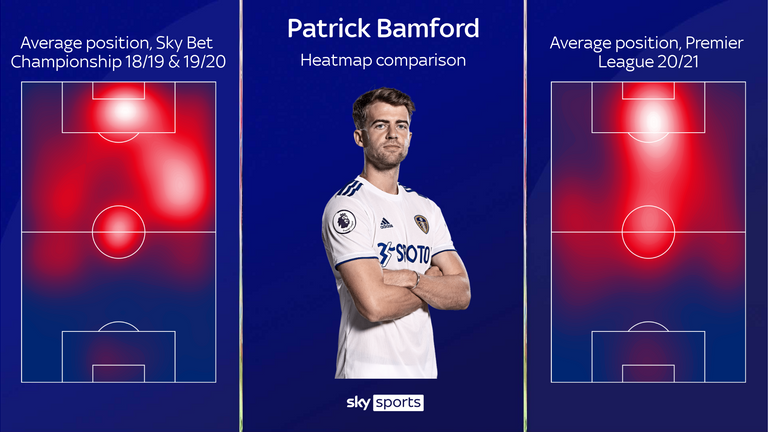 There’s no secret that calmness in moments when defences are panicking is a trait all top strikers possess. As he admits, it’s a trait that has come naturally to Bamford. As for the other factors behind his recent success, there are no secrets there either – just good old hard work and perseverance.

“There hasn’t been a secret, it’s just been working hard,” he adds. “I’ve been doing things I’ve always been doing, like finding myself between the goal more, and it’s been paying off so far.

“I have work to do for the team I cannot sacrifice, I have to keep doing that but also make a conscious effort to finish each attack between the goalposts, because obviously most goals are scored there. The more time I spend there, I’m going to get more chances.

“If you look at things like you’re at the top already, there’s only one way to go, and that’s down. 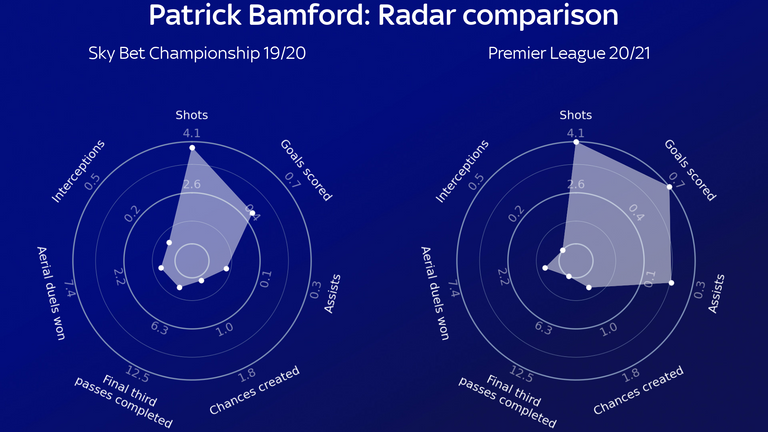 “If you keep setting yourself little challenges, keep pushing so you’re always striving to achieve something, in your mind you’re never at the top so you’re always trying to push yourself even further. That’s the way to get the best out of yourself.

“Even though I scored three [at Villa], in my head I should have scored five. There was the header in the first half, it was tough and quite far out, and the one on my right foot, I didn’t angle my foot properly after getting in front of the defender.

“That’s a technique thing and something that can be worked on in training. It’s weird coming away from having scored three that there’s a part of you that thinks you could have scored more. I guess that’s the striker’s mentality.”

That relentless pursuit of perfection is symptomatic of the manager under which Bamford’s renaissance has occurred, the mercurial figure of Marcelo Bielsa. 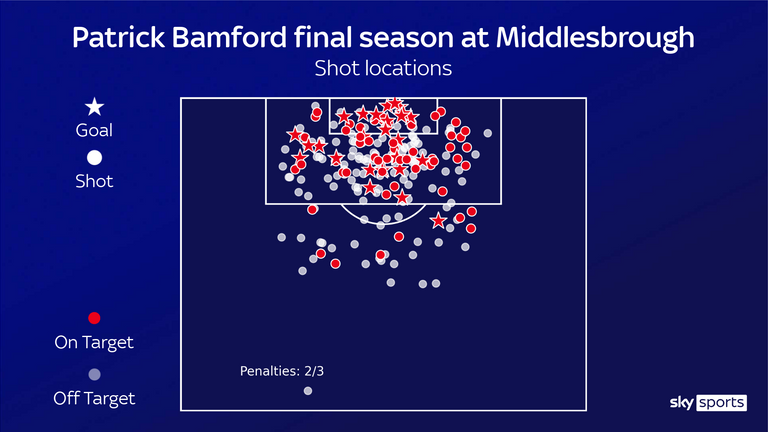 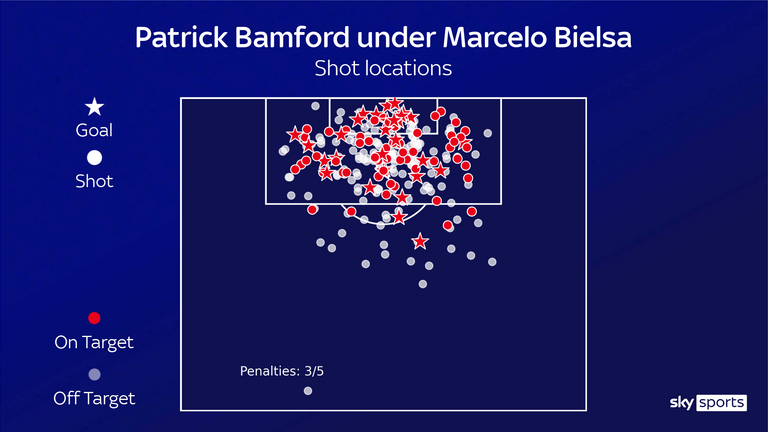 The Argentine’s insatiable appetite to do better has been the driving force behind Leeds’ promotion and early establishment in the Premier League, as well as Bamford’s development.

“The level of the Premier League has got higher,” Bamford explains. “As the years go on, football keeps developing and developing, the players get faster, quicker, smarter. You’ve got to grow with it all of the time, otherwise you’ll get left behind.

“Personally, I’ve changed a lot physically, mentally and I’ve got a manager who believes in me, puts his faith in me. That’s massive. He’s brought me on leaps and bounds with the training methods and sometimes tough love.

“He needs to a take a lot of credit, not only for me but the way our team performs. It’s roughly the same group of players that, before he arrived, were a mid-table Championship side, that says it all.”

3 – Patrick Bamford is only the second player to score in each of Leeds United's opening three away games in a top-flight league season, after Gordon Hodgson in 1937-38. Magic. pic.twitter.com/bBh300N59l

As for objectives this season, beating off fierce competition to stand head and shoulders above the strikers in the Premier League is the stuff of dreams for Bamford, but beating the drop is the ultimate objective.

“It’s kind of farfetched, but if Patrick Bamford and Golden boot went in the same sentence, I’d be happy,” he quips. “But I’ll be happy if Leeds have had a great season and I’ve helped them achieve that.

“When a team comes up, everyone wonders if they can stay in the league. We’ll see how many goals I’ll have scored by the end of the season, but that’s the main aim.

“If we can give a good showing of ourselves throughout the whole year, we will see where it gets us and go from there.”

With Bielsa’s brains and Bamford’s goals, who knows where this Leeds United adventure will end up.