Patrick Van Aanholt’s exquisite free kick on the stroke of half time handed Crystal Palace a first victory of 2020 with a 1-0 win over Newcastle United.

The margin of success could have been greater had Martin Dubravka not been in top form for the Magpies, but the Eagles were able to end a run of three consecutive defeats with a dominant display at Selhurst Park.

It was their first win since Boxing Day and lifted them ahead of Newcastle, who lost in London for the second weekend in a row.

Both clubs are known for not scoring many in this season’s Premier League, but it took an excellent save from Dubravka to stop a sixth-minute opener for the hosts.

James McCarthy’s floated corner kick was met by the head of Gary Cahill, but Newcastle’s goalkeeper produced a wonderful stop to keep the score goalless.

Palace had not scored in the first half at Selhurst Park for almost six months and looked determined to end that drought, with Christian Benteke’s effort deflected over by Jamaal Lascelles on the quarter hour mark.

From the resulting corner, Scott Dann flicked on Van Aanholt’s cross, but Dubravka was there again and produced an even better finger-tip save.

Newcastle were not a completely blunt force, with Joelinton testing Vicente Guaita from long range, but it was the Eagles in the ascendancy and Benteke should have done better with Van Aanholt’s free kick in the 21st minute. Instead he headed away like a centre-back. 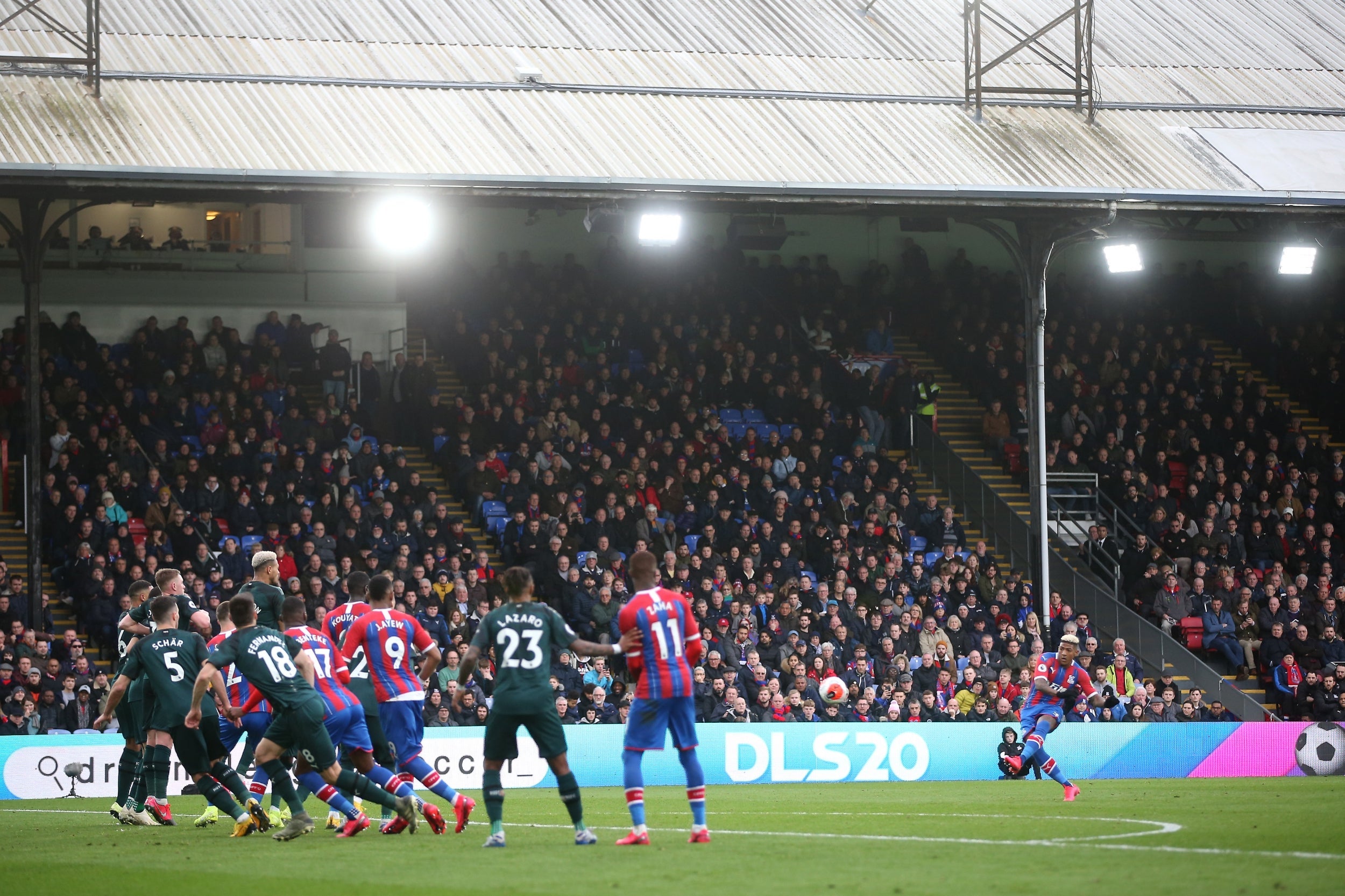 The chances kept on coming and Jordan Ayew was unable to make the most of several, but he did play a part in the opener right at the end of the half.

He terrorised the Magpies’ defence time and time again and was brought down by Fabian Schar in a dangerous position in the 44th minute.

Ex-Sunderland defender Van Aanholt stepped up and delighted the home faithful with a superb, curled strike around the wall and into the top corner.

Ayew and Cahill both missed great chances to extend the lead at the start of the second period, with the former hitting the outside of the post before the stand-in captain nodded wide from close range.

Newcastle briefly caused panic in the Palace area when Allan Saint-Maximin twisted one way and then went the other, but James McArthur intercepted his cut-back.

The influence of the Magpies attacker was growing and he attempted to lob Guaita from 35-yards in the 57th minute. It sailed over and normal service resumed with the Eagles on the front foot.

McCarthy made an important clearance for the hosts with 22 minutes remaining before Schar saw a deflected effort from range tipped over.

Down the other end, Ayew continued to be thwarted by his nemesis Dubravka and Bruce responded with a double substitution as Dwight Gayle and Matt Ritchie were brought on in the 71st minute.

It had little effect on proceedings as it finished 1-0, although only after Newcastle’s Valentino Lazaro had been sent off for bringing down Wilfried Zaha in stoppage time as the last man.