Some may raise their eyebrows at the appointment of Patrick Vieira at Crystal Palace.

The recent managerial merry-go-round has seen similar names linked with jobs at Tottenham, Everton and Crystal Palace – Nuno Espirito Santo did the rounds at all three before landing at Spurs, while Everton opted for Rafa Benitez.

For Crystal Palace, Lucien Favre was a nose away from arriving at Selhurst Park. Frank Lampard, Eddie Howe, Steve Cooper and Sean Dyche were all linked too.

But Steve Parish, Dougie Freedman and the board have moved away from the conventional managerial names to land Vieira, who had turned down the vacant role at Bournemouth earlier in the summer, reportedly in favour of a Premier League move.

He was a player synonymous with Arsenal’s Invincibles and while no one can deny he was among the most talented midfielders of his generation, he has little managerial experience in Europe, let alone in England and even that has not been at senior level. 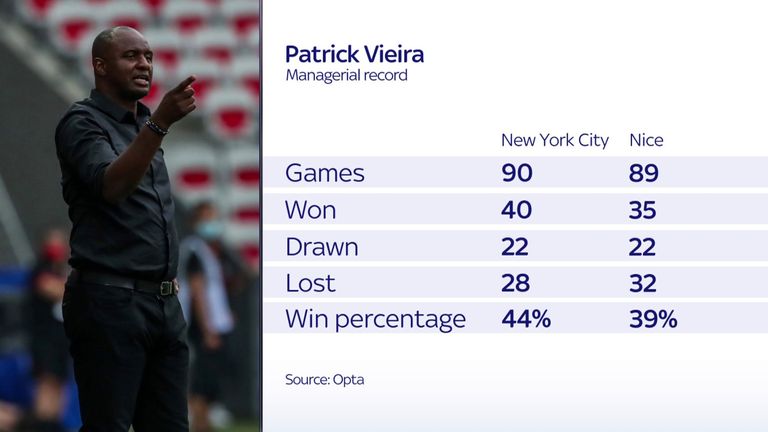 Crystal Palace were hoping to appoint a Premier League-proven manager, but soon decided this was not a pre-requisite. However, they do now have a former player who won three Premier League title and made 307 competition appearances, which is no mean feat.

Some may also be surprised at how much Vieira has improved the two senior clubs he has managed.

In Vieira’s first season at New York City FC in the MLS, the club finished fourth in the Eastern Conference, having languished in 17th the previous year, eventually losing in the play-off semi-finals against Toronto. In the 2017 season, NYCFC improved further, finishing second, but were once again beaten in the MLS play-off semi-finals, this time to Columbus Crew.

Patrick Vieira enjoyed a fine career, but how will he fare as manager of @CPFC? 🦅 pic.twitter.com/ZJlU7SA6lq

Vieira also oversaw the incomings of European football royalty. Andrea Pirlo, David Villa and Lampard have all played under him, giving the former France international a key insight into coaching players of such quality.

A look at his most recent spell at Nice could be a concern. Interestingly, he replaced Favre at the Ligue 1 club, who made a late U-turn and decided not to take the Crystal Palace job in June.

His first two seasons can be regarded as largely successful – a seventh then fifth place league finish saw Nice secure Europa League football. But the 2020/21 campaign started off poorly and Vieira was sacked after a run of five successive defeats and an exit at the Europa League group stages. They finished bottom of Group C with just one win and five losses.

Proud and excited to be part of this new journey. I want to thank the @CPFC board for their trust & thank the fans for the amount of support I've been getting for the past few days. I can't wait to see you there, back where it all started @premierleague. Come on you Eagles 🦅❤️💙 pic.twitter.com/fa8BO6LZgW

‘You’re never a real coach until you get fired’ was Arsene Wenger’s advice to Vieira.

The ex-midfielder has long targeted a return to the Premier League, recently telling the ITV Football Show: “I always wanted and I still want to come to manage in the Premier League because what we were saying earlier about the passion of the fans. I believe that the Premier League is one of the most interesting leagues in the world.”

Now Vieira has his chance to test himself in England’s top tier, and if you look deeper, the former midfielder has the key qualities Crystal Palace were looking for. 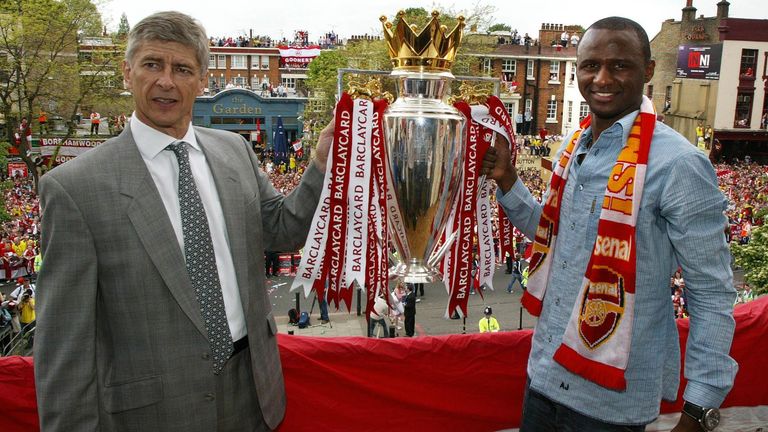 MLS commentators and analysts alike praised him for his attacking, pressing style of play, that would have suited a player of his ilk down to the ground. This is what Crystal Palace are hoping Vieira will implement at Selhurst Park, which would be a departure from the often safe but underwhelming performances under Roy Hodgson.

Crystal Palace are also keen to utilise their talented academy players in the first team, and Vieira’s time as manager for Manchester City’s Elite Development Squad gives him a wealth of knowledge when it comes to academies. It is perhaps demonstrated best when one of his first signings at NYCFC was Jack Harrison, who has been so impressive for Leeds and recently signed on a permanent deal.

Vieira’s powers of persuasion and connections will be vital in his first few weeks – Crystal Palace saw a number of their player contracts expire at the end of June. That is an immediate concern that needs to be addressed.

Will his arrival also peak the interest of Wilfried Zaha and encourage him to stay? The forward is often linked away from Selhurst Park in any transfer window, but the chance to work under a big name could see him remain in South London.

Hodgson has built a solid base at Crystal Palace. Last season saw them never really in danger of a relegation battle, and Vieira’s job now is to build on that to propel the club on to further success. 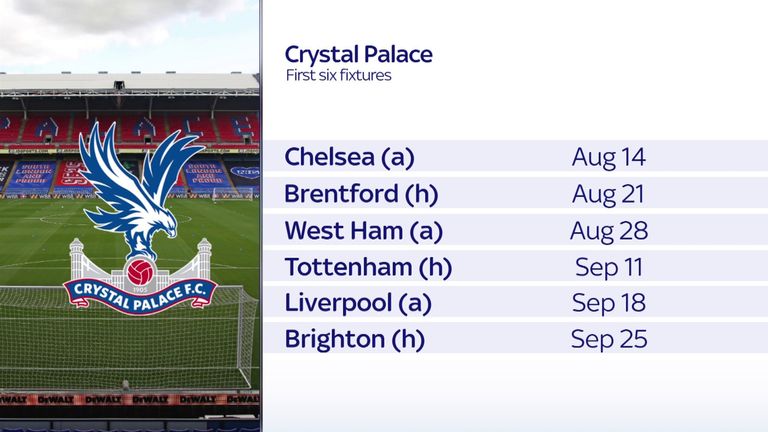 Wenger again backed his former captain recently, telling beIN Sports France: “First of all, he would be a great asset for Crystal Palace, and I also think that he has left such a mark on the Premier League’s pitch that I would like him to leave a mark outside the pitch. We still wish him the best, and I think it would be great.”

Vieira is used to the pressures and spotlight of the Premier League as a player, but being front and centre as a manager is an entirely different level of scrutiny.

Tactics, signings, training techniques, player relations – you name it and it will be thrust under the microscope with the perfect mix of Premier League legend and maiden managerial job in the league. Some will be waiting for him to fail, others willing him to succeed – the latter coming from each end of London.

There is no doubting that this is Vieira’s biggest test of his managerial career thus far. But he has the experience and the mentors to make it a success and he will need to pull from all of these areas now as he takes the helm at Crystal Palace.

Tags: arrival, Patrick, Vieira's
You may also like
Latest Posts