Paul Ince has urged social media platforms to do more to tackle racist abuse online and called on football’s governing bodies to impose stronger punishments to those found guilty.

Ince, the first black man to captain England was inducted into the National Football Museum’s Hall of Fame on Tuesday, a reflection not only of ‘the Guvnor’s’ superb career on the pitch but also his impact off it in the ongoing fight against discrimination.

And though the 53-year-old is certain the game is in a much better place than it was during his own playing career, Ince wants more to be done as players continue to face abuse online and elsewhere.

Twitter and Facebook have made commitments to remove racist abuse as it appears on their platforms, but Ince wants the companies to look at how changing technology could help them take a more proactive stance.

“Players should be able to go on social media and not see it – social media is massive to the players now. They shouldn’t have to experience abuse on social media. These platforms should have an algorithm that gets rid of it. Technology is changing all the time.

“We’re not going to stamp it out 100 per cent, let’s not be stupid, because it’s not just a football thing, it’s a social thing, but we can try and improve it for then next generation…

“There’s always going to be some idiot who shouts something, some idiot who’s had a few drinks, you can’t stop that but you can try to set a deterrent.

“You see these situations where some fan shouted this or that and got a two-year ban. That’s not enough. They need a life ban. You need a deterrent that big.”

Ince suffered racist abuse throughout a career which began at West Ham and took him to Manchester United, Inter Milan, Liverpool, Middlesbrough and Wolves before later spells with Swindon and Macclesfield.

Though the issue of abuse has risen in prominence in recent times, Ince said the situation is vastly different now to his own day, with players’ willingness to speak out a positive sign.

“Racism has been part of the game for a long time,” he said. “Viv (Anderson), John Barnes, Les (Ferdinand), (Ian) Wrighty, we’ve all got a story, we’ve all had to experience the worst from fans with bananas and coins and being called names.

“That sort of thing doesn’t happen now so we’ve come a long way…I think we got to the stage where we thought we’d dealt with it and then all of a sudden it started to rear its ugly head again.

“I think because we see a lot of it and we report it we think it’s getting worse but if you look back at our day it’s not getting any worse.” 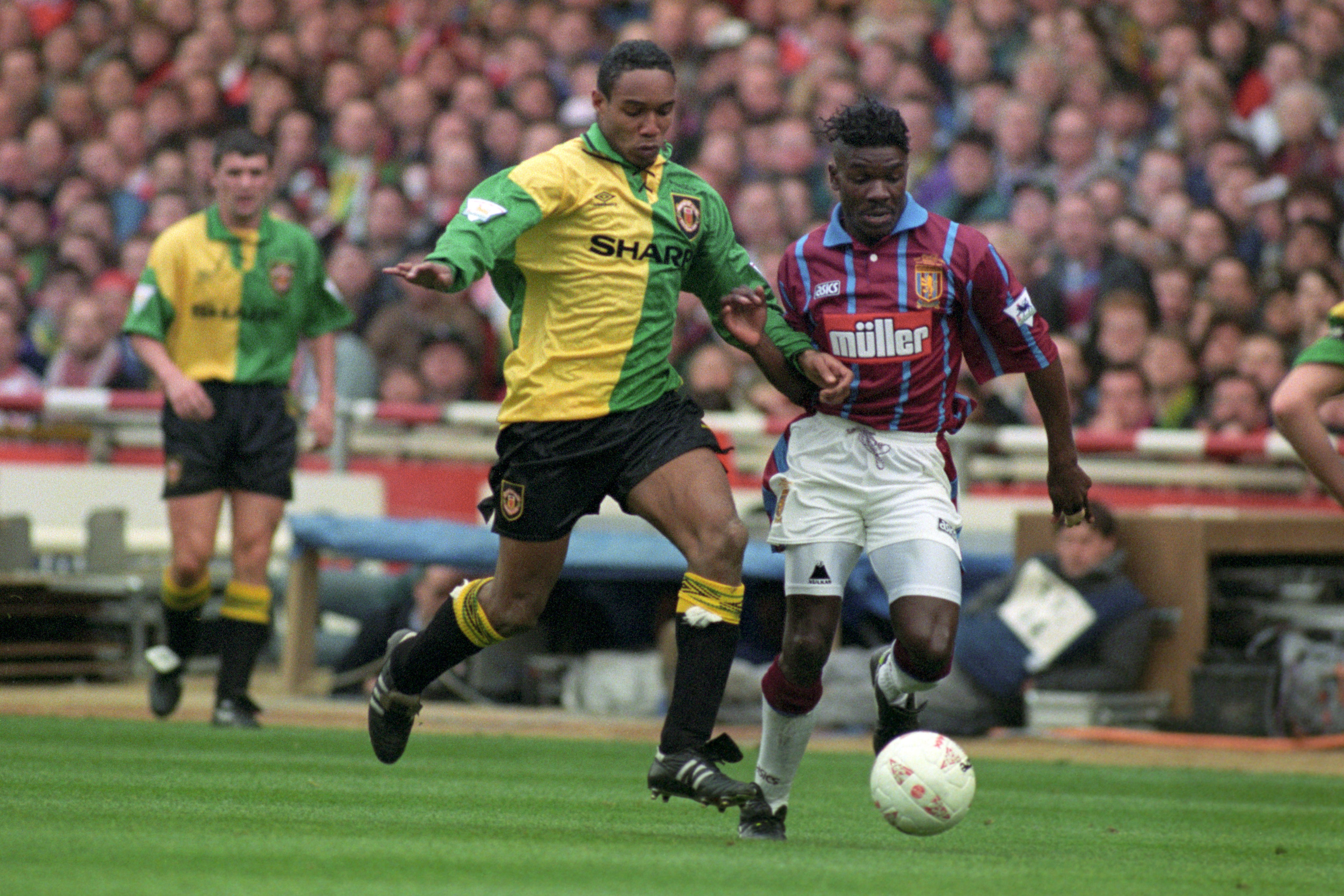 Ince captained England seven times, doing so for the first time during a friendly tour of the United States in 1993.

He admitted he did not realise the impact of that moment at the time, but could reflect on his achievements on and off the pitch as former team-mate Anderson – the first black man to play for England – inducted him into the Hall of Fame on Tuesday.

“As a kid you dream about winning the FA Cup and league titles and all those medals are a measure of how you’ve done in your career,” he said. “But to be in the Hall of Fame is history. People might forget which medals you won but being in the Hall of Fame, it’s forever.

“I get a bit embarrassed when things like this happen but I look back now at my journey to get here and all the people I played with and for.

“People like John Lyall, Sir Alex Ferguson, Glenn Hoddle, Terry Venables, Bryan Robson – I could go on and on, there are so many influential people, but the biggest influence has been my wife Claire.”