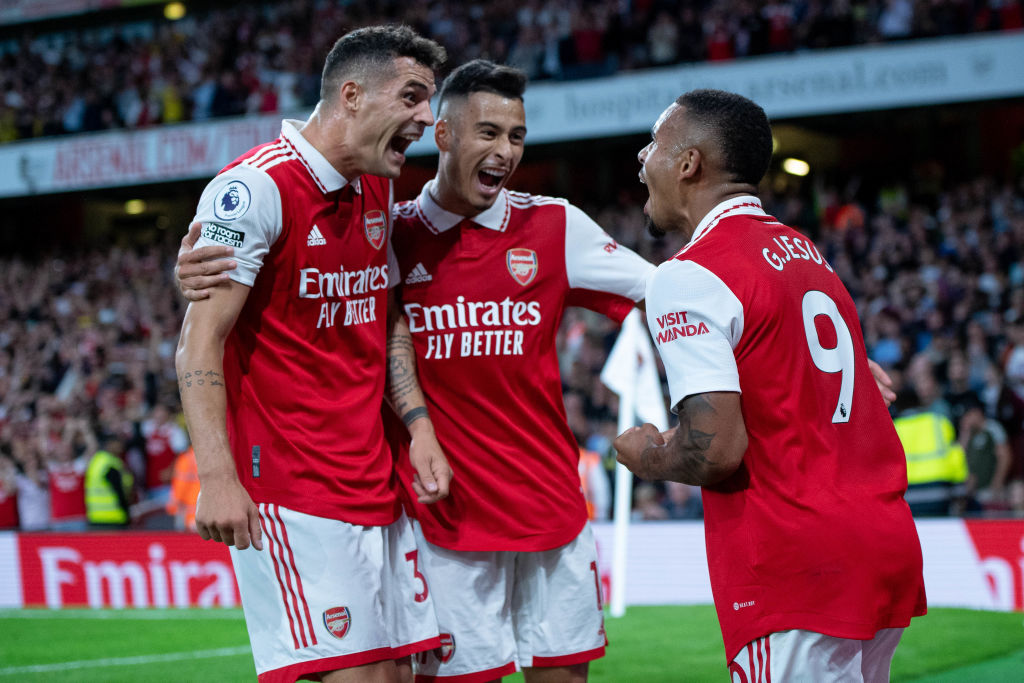 Arsenal are a ‘million miles away’ from winning the Premier League title, according to Gunners legend Paul Merson.

But they face a much bigger test on Sunday as they travel to top four rivals Manchester United – and Merson feels that his old club are not quite ready to challenge Manchester City and Liverpool – who have dominated in recent years.

Arsenal have not finished in the top four for six seasons in a row and last won the top-flight in 2004.

‘Neither club [Arsenal or Manchester United] is going to lift the title any time soon,’ Merson told the Daily Star.

‘The Gunners may have 15 points from 15 but, in my opinion, they’re a million miles from winning the league.

‘What they do not want, though, is to suffer defeat at United – and, suddenly, all those cliches about them return.

‘Here we go again,’ ‘Same old Arsenal’, and headlines about being no more than ‘flat-track bullies’. It doesn’t take very long for the mood to turn in football.

‘The Emirates is noisier than ever right now, the fans are 100% with the team. But lose to United and Arsenal face even tougher games, against Tottenham and Liverpool, with the pressure on.

‘Mikel Arteta’s side, thanks to their perfect month, have earned the right to make sure they leave Manchester – with at least a point. They don’t need to chase anything.

‘After all, which other manager could attract the quality of Gabriel Jesus and Oleksandr Zinchenko to north London… without Champions League football.

‘It’s incredible he got that world-class pair to sign for us – and what a difference they’re making.’