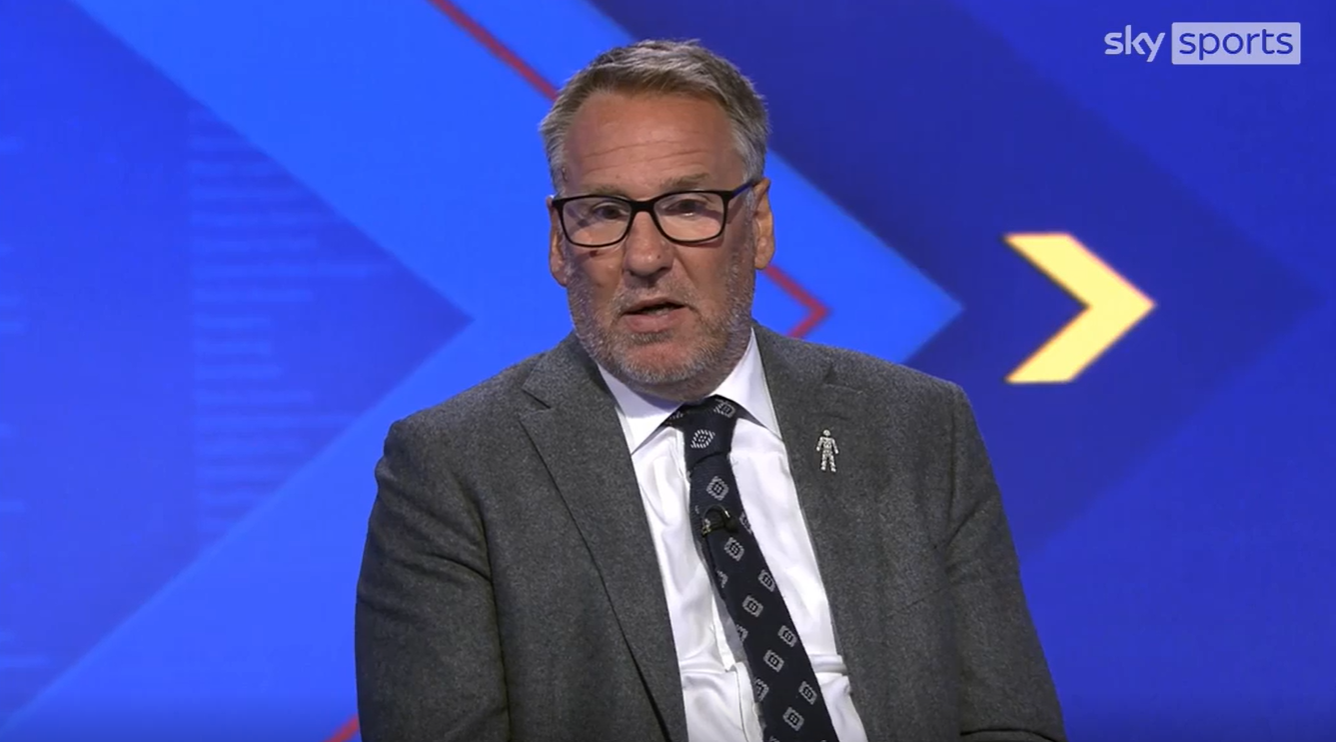 Paul Merson believes Liverpool will be out of the Premier League title race and be destined to finish below Arsenal if they lose at the Emirates this weekend.

Liverpool travel to north London on Sunday hoping to make up ground on their Premier League rivals following a poor start to the season.

The Reds have won just two of their seven league games to slip to ninth in the English top-flight, 11 points behind early leaders Arsenal.

Arsenal have been brilliant this season, winning seven of their eight league matches to emerge as genuine title contenders and put pressure on defending champions Manchester City.

Merson believes Sunday’s clash at the Emirates is crucial to both sides, with Arsenal able to send a message to their domestic rivals and Liverpool facing the prospect of being 14 points behind the league leaders.

‘I always thought the Liverpool game this weekend was going to be harder than the Tottenham game for Arsenal,’ he told Sky Sports.

‘It becomes even harder now because of the way Liverpool are at the moment, the way Arsenal are playing, the fans turn up with a lot of expectation this weekend to win that game.

‘The early goal in the second half did it for Spurs on Saturday, but to be fair to Arsenal they were so dominant 10-vs-11.

‘There was that 10-15 minutes in the first half where had Tottenham picked the right pass though, they could’ve been in trouble.

‘Sometimes, with Arsenal, they’ve just got to steady it down, just calm it down for 10 minutes.

‘They thought a little bit that because it was 1-1 they had to open up the game and score again, and it doesn’t always work like that. You need a bit of game management about you.

‘Fair play to William Saliba, he got brought off at half-time for France against Denmark the other day, but to bounce back and play so well shows you the strength of the young lad – you’d think he’s old, but he’s not.

‘If Arsenal go 14 points clear on Sunday, it takes Liverpool out of the equation for Arsenal.

‘The main aim for Arsenal is to be in the top four, we’ve seen what Man City can do, but being in the top four and being competitive, they can’t lose that insight or get carried away.

‘If they win though, they’ll finish above Liverpool. If Liverpool got beat three more times all season, Arsenal would have to lose a third of their games to finish behind them.

‘If Arsenal finish fourth, it’d still be amazing after being out of the top four for so long. But Liverpool have been so competitive with the points they’ve put up, it’s a massive game on Sunday.’

While Liverpool have struggled in the league, they at least returned to winning ways in Europe on Tuesday night, beating Scottish giants Rangers 2-0 at Anfield.