The 29-year-old came through the Old Trafford youth set-up and rejoined the club in 2016 following a successful stint at Juventus for a then world-record fee.

But Pogba’s return has not worked out how either party would want and the World Cup winner looks set to leave United this summer when his contract expires.

There is little sign of him agreeing a new deal, meaning the 10 minutes he managed before limping off with a calf injury in Tuesday’s 4-0 meek loss at Liverpool are likely to be his last for the club.

Rangnick said: “With Paul, as it seems after the scan we did the day before yesterday, it is very unlikely he will play until the end of the season again.”

Asked if Pogba has played his final match for United, Rangnick said: “The doctor told me it will take four weeks minimum for him to recover and the last game is the end of May.

“I don’t think that it is very likely that he will be able to play again.”

Pogba is one of a number of players that are set to leave during a summer of change that will be overseen by newly-appointed manager Erik ten Hag.

The Ajax boss will start as Ole Gunnar Solskjaer’s permanent successor in the summer, having signed a deal until 2025 with the option of a further year.

“We don’t know each other in person, we haven’t met as yet in person,” Rangnick said of Ten Hag.

“But from what I’ve seen him doing both at Bayern Munich when he was the under-23 coach and at Ajax now, I like his football.

“I am pretty positive with a full pre-season, with having a chance to build and mould his own staff, also a new team, which is obvious – we will have a new team.

“With a full pre-season, I am pretty sure we will see a different team and an improvement on the pitch. I knew that Erik was one of the candidates the board spoke to. 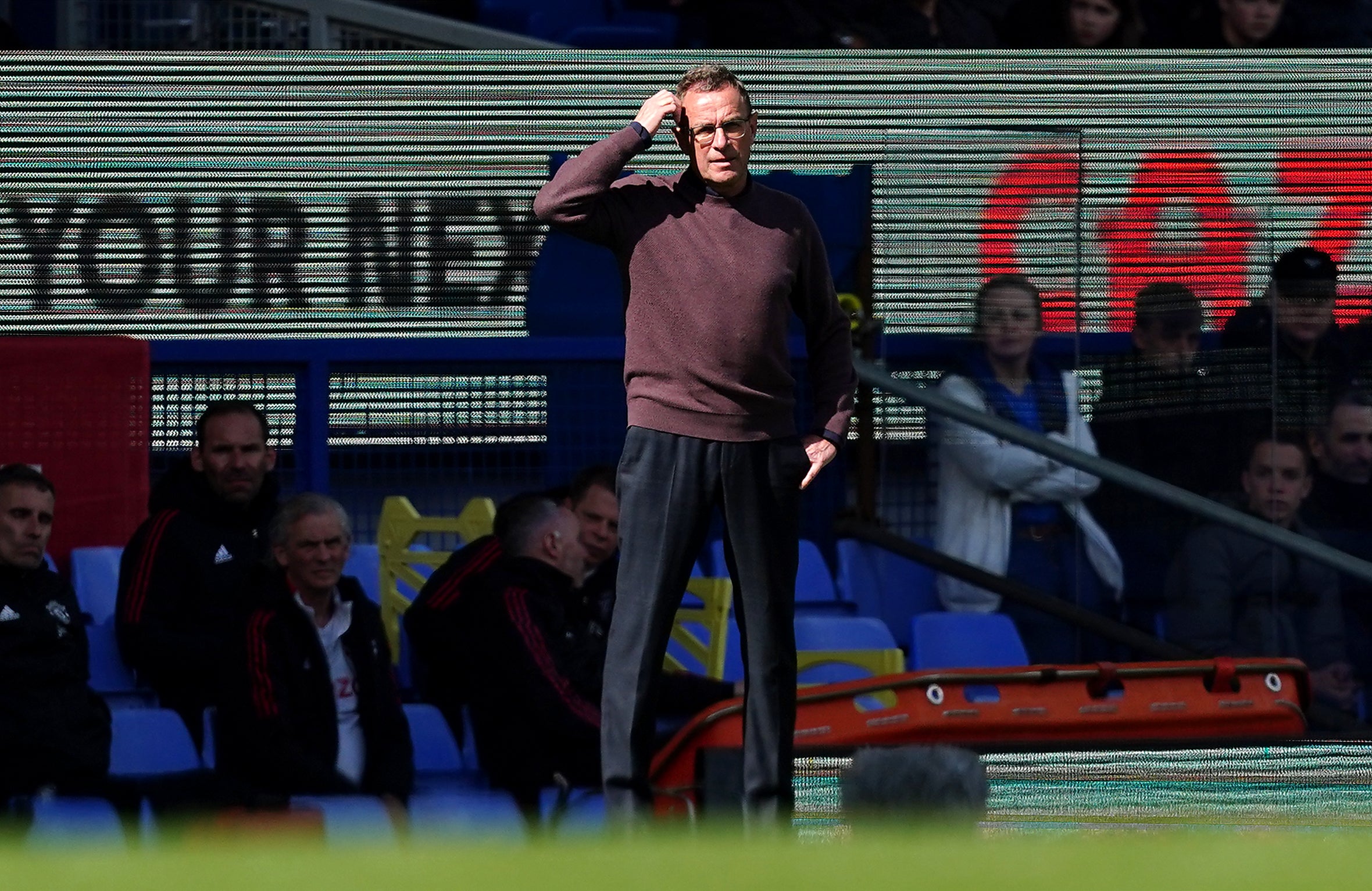 “Obviously I told them, at least from what I have seen and known from people who had worked with Erik, that I think he would be a good choice.

“I still believe that he is a very good choice. And all the other things, we haven’t had time so far to speak about.”

Rangnick’s two-year consultancy role is a key topic but the immediate focus is on Saturday’s crunch clash at top-four rivals Arsenal.

United cannot afford to lose any further ground following their Anfield embarrassment, where a number of players were missing through injury and Cristiano Ronaldo was given compassionate leave.

Rangnick confirmed the frontman will be back along with Raphael Varane in the capital, where Scott McTominay is fit to start having been named as an emergency substitute at Liverpool. 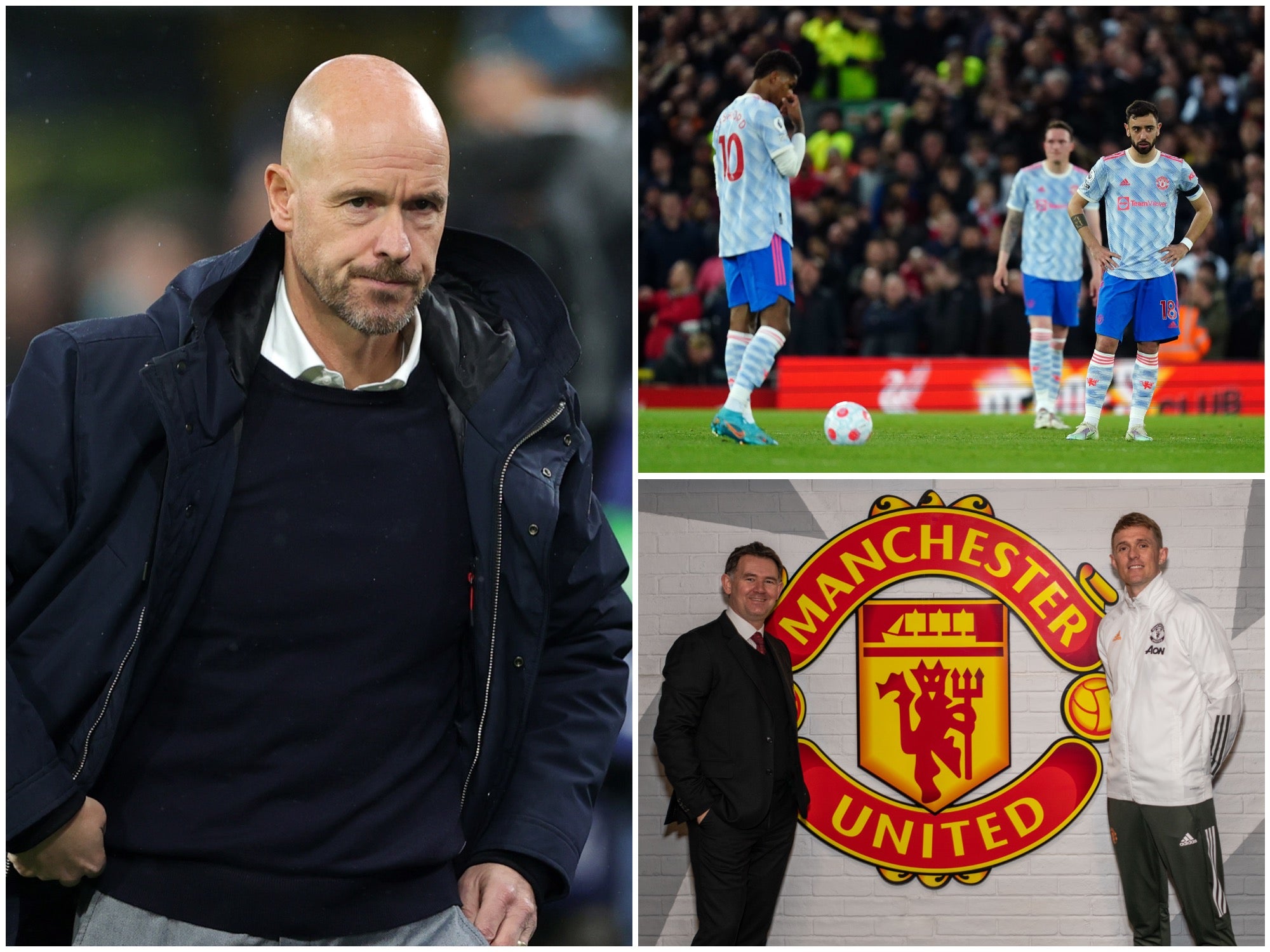 Harry Maguire is also available with the Manchester United captain’s spokesman saying he is preparing “for this weekend’s fixture as normal” after receiving a bomb threat on Thursday.

Rangnick said: “I haven’t seen him because I only got to know about this terrible, terrible thing yesterday afternoon. Since then I haven’t been able to speak with him.

“But again this is another bad sign of the crazy world we’re living in.

“Obviously I feel very sorry for Harry that he had that terrible experience, but he knows that we’re all behind him – the club, everybody, the players, his team-mates. It’s sad enough that crazy things like that happen.”