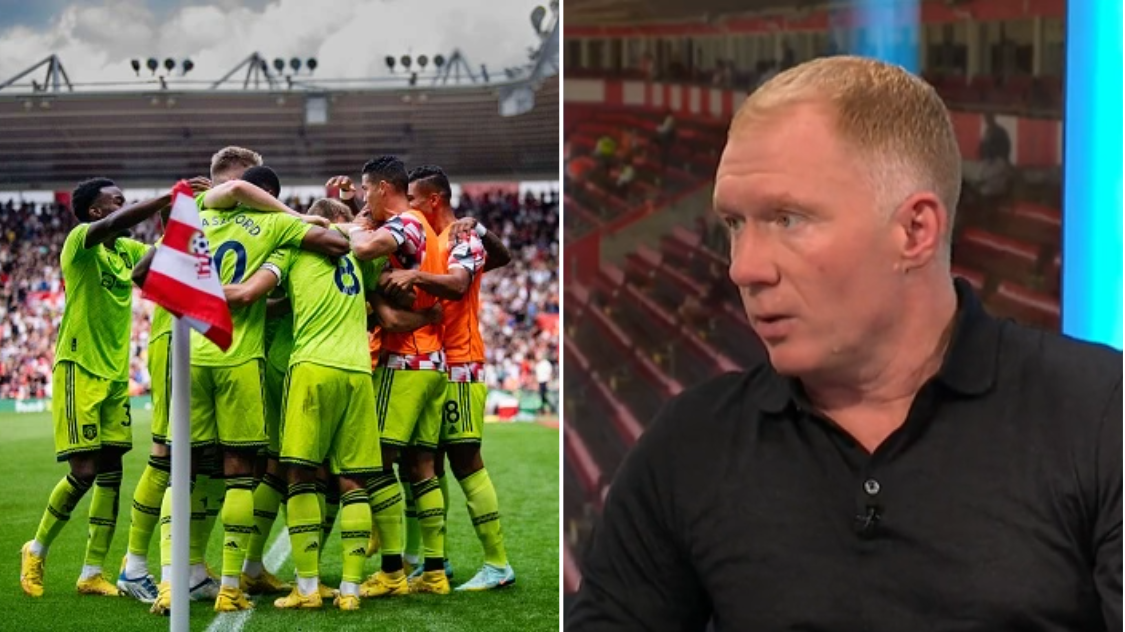 Paul Scholes was critical of Bruno Fernandes despite the midfielder scoring the winner in Manchester United’s victory over Southampton.

Fernandes volleyed home Diogo Dalot’s cross to break the deadlock at St Mary’s and lead United to a narrow 1-0 win.

Scholes was certainly not blown away by the Portuguese star, however, and said he was one of several Manchester United players who produced underwhelming displays on the south coast.

Despite not being at their best, Erik ten Hag’s side were able to clinch back-to-back Premier League wins for the first time since February and climb to sixth in the Premier League.

BT Sport pundit Scholes said of Fernandes: ‘I didn’t think his performance was that great today. I thought he gave the ball away quite a bit.

‘But he worked hard and played his position. He wasn’t brilliant but you can say that about a lot of the team. I don’t think he will be that happy with how he played.’

On United’s performance as a whole, Scholes added: ‘I don’t think they played great or created many chances but defensively they were good, they were sound.

‘We were a bit worried about [Lisandro] Martinez and [Tyrell] Malacia but they both did okay, Martinez especially looks a very aggressive player which he will need to be.

‘Just getting through the game with their poor away record was good. It was important to back up that win over Liverpool and they did that.’

Fernandes, meanwhile, said it was ‘important’ for Manchester United to record another victory after stunning Liverpool at Old Trafford last week.

Ten Hag’s tenure started poorly as United lost to Brighton on the opening weekend and were smashed 4-0 at Brentford, but the Red Devils are now back in a respectable position.