It was a night to forget for Manchester United goalkeeper Dean Henderson, who had to pick the ball out of his four times in a dismal showing at home to Liverpool – United’s sixth league defeat of the season, all of which have come at Old Trafford.

Liverpool were sparked into life after falling behind in the opening exchanges and found themselves 3-1 up at the hour mark, the third of which Henderson will not want to see again, parrying a fairly tame Trent Alexander-Arnold into the path of Roberto Firmino who made no mistake from close-range.

Things hardly improved for Liverpool’s fourth. Following a swift counter-attack, Mohamed Salah found himself one on one with Henderson, who bizarrely opted to not come out and meet the forward, instead remaining close to his line – giving Salah a hefty target to aim at, one he duly found with ease.

Given England manager Gareth Southgate was in attendance, Henderson may be sweating over his prospects in the fight for the Three Lions number one shirt come this summer’s European Championships. 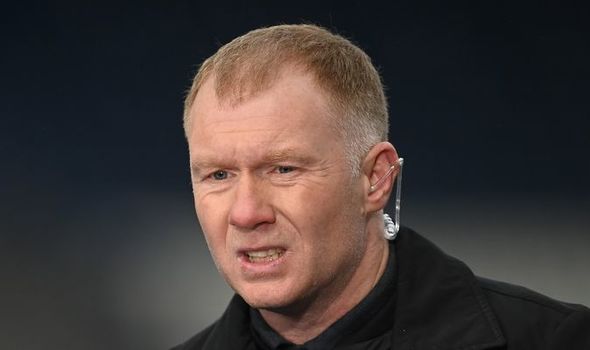 After the game, Manchester United icon Paul Scholes admitted Henderson’s performance left a lot to be desired, claiming the No.1 spot is a “big worry” and may need to be solved in the transfer market if David de Gea departs.

Scholes claimed: “The goalkeeper situation is a big worry. I felt the timing was right to give Henderson a chance but he hasn’t convinced me yet.

“If De Gea is leaving do they need a No.1 or a No.2? I wanted Dean to do well, but I think he’s been at fault for three of the goals tonight.” 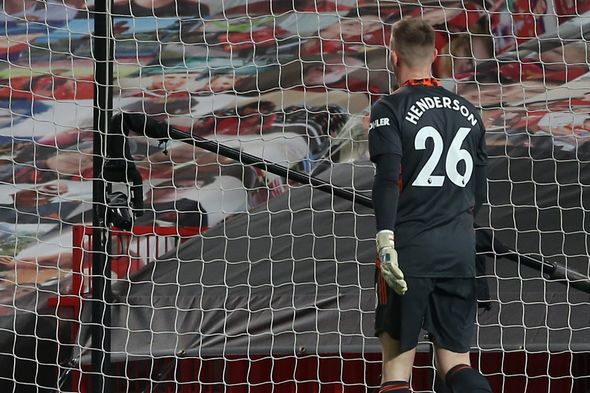 Discussing Henderson’s part to play in some of Liverpool’s goals on the night, Scholes did not hold back.

On Firmino’s second, Scholes told Premier League Productions: “It was another mistake by Dean Henderson.

He offered little sympathy over his role in Salah’s effort either, explaining: “I think the goalkeeper has made it an easy finish for him by going backwards. 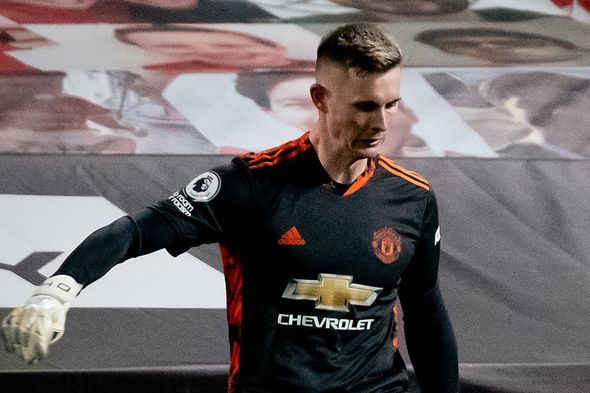 “I think he’ll be disappointed when he looks back at it Henderson, I’m not saying he could’ve saved it but he could’ve made it a hell of a lot harder for him.

“We see him here he’s not even looking at the goal but he has to come out and make the angle tight for him all he does is go back and back and leaves a good five to 10-yard gap for him to pass the ball into he makes it so easy.”

Henderson first earned plaudits after he shone last season on loan at recently relegated Sheffield United and was eventually rewarded for his efforts in a United shirt, displacing long-time number one David de Gea.

The Spanish international is unlikely to accept another season as a back-up, and could seek a new adventure come the end of the campaign.