Paul Scholes has laid into Manchester United wingers Antony and Jadon Sancho and has suggested they were lazy during their side’s 6-3 Premier League thrashing at the hands of Manchester City on Sunday. The Red Devils were in dire form at the Etihad Stadium and were carved open time and time again as City ran riot.

Antony scored his second Premier League goal during the early stages of the second half against the Citizens as he lashed a sumptuous long-range effort beyond home goalkeeper Ederson. But the Brazil international was otherwise largely ineffectual, as was Sancho, who started the match on the opposite wing.

And Scholes revealed what he thought of the duo as he took to Instagram on Monday morning to post a picture of legendary United wingers Ryan Giggs and David Beckham with the caption: “Anyone remember when wingers used to help their full-backs?”

Giggs and Beckham were both part of United’s famous treble-winning team in 1999 and won a whole host of trophies during their time at Old Trafford. Beckham spent 12 years with the Red Devils before moving to Real Madrid in 2003, while Giggs stayed at Old Trafford for nearly 30 years after joining the club from the Manchester City academy on his 14th birthday in 1987. 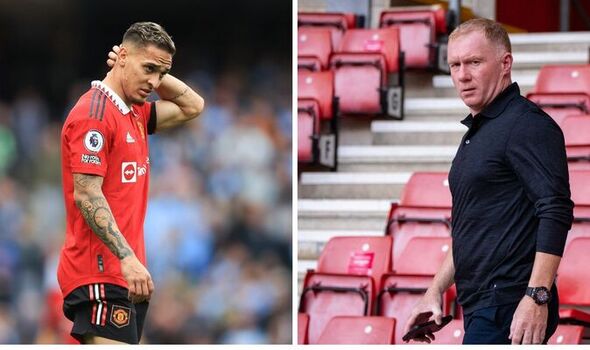 United were found wanting at the Etihad Stadium on Sunday as Erling Haaland and Phil Foden both bagged braces in the opening period to give the hosts a 4-0 lead at the interval. Antony’s strike reduced the deficit, before Haaland and Foden both completed their hat-tricks. Anthony Martial struck two late goals for United, but the day belonged to the Citizens.

Scholes was working as a pundit for Premier League Productions on Sunday. And after the game he pointed the finger at United boss Erik ten Hag for his team selection. “I think a lot of their goals could’ve been prevented,” Scholes said. “I think team selection possibly might have been wrong. 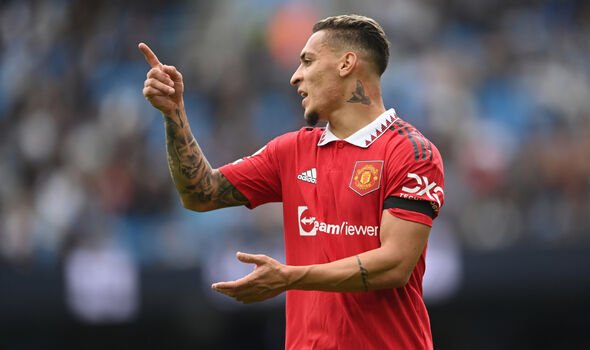 “I think he was carried away by the [Christian] Eriksen, [Bruno] Fernandes thing. Eriksen is predominantly an attacking player now. For him to play in that central midfield role against lesser teams is great but against a Manchester City, against a top-class team, you don’t know where you are because you’ve got so many top-quality players around you and they keep the ball a lot.

“You’ve got the likes of Bernardo Silva around you, Kevin de Bruyne coming at you. You just don’t know where you are. It’s a totally different world when you’re playing against the so-called lesser teams. I mean you can find out today, that’s why you need a defensive midfield player who plays the position really well. He knows what’s behind him, he knows what’s before him, he knows when to press and when to sit back. I think he had a player like that with great experience on the bench – Casemiro.”