Manchester United star Luke Shaw could become the best left-back in Europe if he showed the right levels of dedication, claims Red Devils legend Paul Scholes. Scholes says Shaw has all the attributes to be a top left-back but as of yet has not fulfilled his potential.

Former Southampton man Shaw has often been used in a back three of late for United as a left-sided centre-back.

Scholes claims that position has suited the 24-year-old because he has not had to run as much as he would at left-back.

The pundit, speaking ahead of the second leg of United’s Europa League last-32 tie against Club Brugge on Thursday, has challenged Shaw to showcase his true ability when given the opportunity to do so at left-back.

“I think [playing at centre-back] suits him because he’s not had to run as much has he?” Scholes said on BT Sport.

JUST IN: Europa League draw: When is it? Who could Man Utd, Arsenal, Celtic, Rangers, Wolves face? 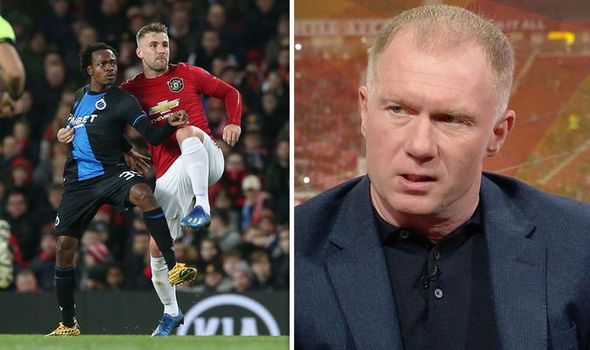 “I think as a left-back he be anything you want. But it has to come from him, I think it’s in his own head, he just hasn’t stayed fit enough for long enough.

“If he wants to be he could be without doubt one of the best left-backs in Europe, I have no doubts about that.

“I just think it’s down to him now to realise… as a full-back you have to be the fittest player on the pitch I think.

“Right-back or left-back, you’re up and down all day and he’s proven recently that he hasn’t got the engine to do that.

“I think he has got the engine but he’s not quite had the dedication to that role.

“We know defensively he’s capable and going forward he has to contribute, there’s no doubt that he’s quick, not many people can stay with him, and he’s got a good left foot as well, he can cross the ball, he can get shots off himself.” 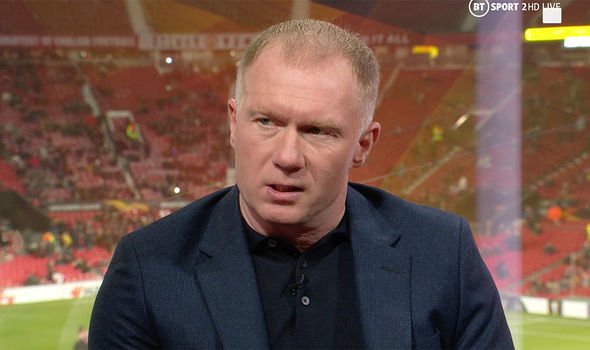 Shaw was full of praise for his manager Ole Gunnar Solskjaer earlier this week.

“[Solskjaer] has been unbelievable and has put a smile on our faces,” Shaw said.

“He has been brilliant and the lads are really enjoying it, more-so now that we are getting better results.

“We have got an important second half of the season, Ole has been great and we enjoy working under him.”