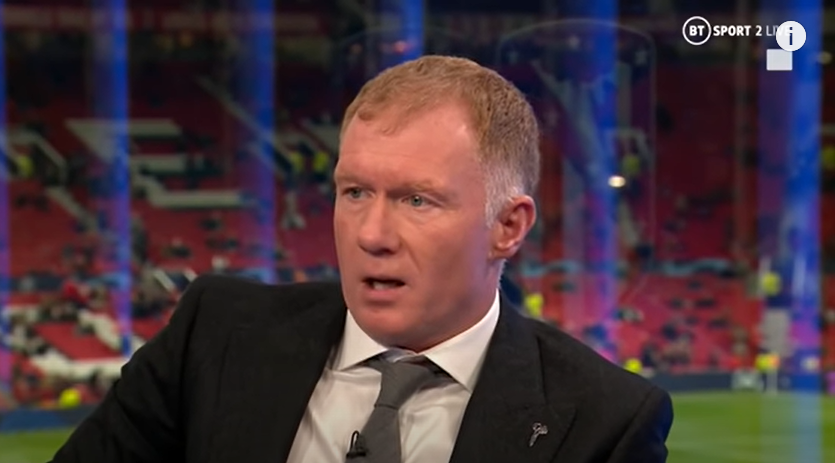 Paul Scholes is adamant both Arsenal and Chelsea will beat ‘shocking’ Manchester United in the coming weeks after his former club were smashed by Liverpool at Anfield.

Ralf Rangnick’s Red Devils were blown away by title-chasing Liverpool on Tuesday night as Mohamed Salah’s brace and goals from Sadio Mane and Luis Diaz secured a 4-0 win for the Reds.

Manchester United went into the fixture knowing a surprise win would have seen them move level on points with fourth-placed Tottenham, but a top-four spot now looks beyond the Premier League giants.

Scholes said the Anfield defeat was ‘disgusting to watch’ from a United perspective and has all-but dismissed his ex-club’s chances of finishing fourth as they prepare to take on Arsenal and Chelsea in the next eight days.

‘It’s in a really bad place and we need to forget about moaning all the time we need to find a way to get it back where it should be. Getting a proper coach will help, of course it will.

‘You just can’t see it [finishing fourth] on that performance. Arsenal on Saturday? You’re going down there thinking – and Arsenal aren’t a great team – and Chelsea straight after, those are two games they are going to lose. If it’s anything like tonight, they will lose those two games as well.’

Scholes added: ‘I’ve lost a little bit of anger towards it [United’s poor season] now, I feel saddened, it’s not great to watch.

‘I’d like to see them give at least a little bit of effort, it looks like the last place they want to see. They want their season over, they want it done, they want to move on, but unfortunately there’s no hiding place.

‘You can’t come to Anfield and be like that. They were shocking tonight. Them fans have travelled a long way, it’s disgusting to watch. But that’s where the club are at the minute.’

Manchester United interim manager Rangnick, meanwhile, admitted he felt ’embarrassed’ and ‘humiliated’ after Liverpool dispatched his side in style.

The German boss said: ‘It is embarrassing, it is disappointing, maybe even humiliating. We have to accept they are six years ahead of us now.

‘When Jurgen Klopp came they changed at the club and lifted not just the team but the club and city to a new level. That is what needs to happen with us in the next transfer windows.’