Pep Guardiola has said he has no concerns about UEFA’s decision to select Antonio Mateu Lahoz to officiate the Champions League final between Manchester City and Chelsea on Saturday.

Mateu Lahoz, the Spanish referee who sent off City boss Guardiola during a game three years ago, will oversee the match in Porto.

Back in 2018, Guardiola confronted Mateu Lahoz for ruling out a goal in the second leg as City lost 5-1 on aggregate to Liverpool in the quarter-final of the Champions League.

Asked if he has spoken to the referee since that Liverpool match, Guardiola replied “no”, adding: “Not one second. I could not care less. I am so confident in my team. You cannot imagine how confident I am in my team and what we have to do.” 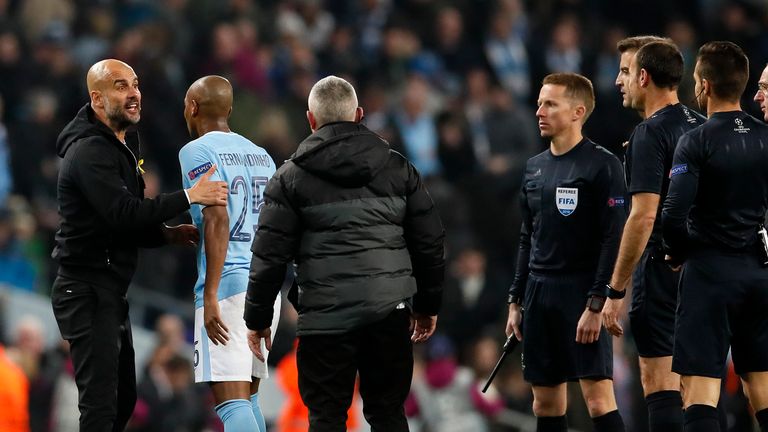 Leroy Sane had scored what City thought was their second goal of the game but it was wrongly ruled out for offside, prompting a tirade from Guardiola towards Mateu Lahoz.

“He’s a referee who likes to feel different, he’s special. When everybody sees things he is going to see the opposite. It’s too much to send me off because I didn’t say any wrong word.” Meanwhile, Guardiola said he has not finalised his starting XI for Saturday’s final.

He added: “They are ready. I know how good they are, I have known most of them for many years. I have an idea but still the starting XI is not done, not yet.”

Guardiola was also dismissive of Chelsea’s recent wins over City in the FA Cup and Premier League, adding the Champions League final poses a fresh challenge.

“Chelsea create problems for all the teams, we have to [look at] how many problems we create for them. It is difficult to stop them for the quality they have, the setup.

“It’s a team that [plays] wide, with depth, and the players in between are so close. They play really good in the pockets, they make good in-behinds.

“Congratulations for the two games they beat us. It’s another competition, a final. We will see what happens.”

Tags: 'couldn&#x2, Guardiola, Pep
You may also like
Latest Posts