Manchester City manager Pep Guardiola called for Arsenal to show patience over the future of Mikel Arteta despite raining on his parade at the Emirates. Hopes that the Arsenal boss might put Premier League woes behind him with another cup success were washed away by a City side in a 4-1 win.

However, Guardiola afterwards stood up for his former assistant and backed his plans to revive the club’s fortunes.

Arsenal languish 15th in the Premier League with just four wins and 14 points from 14 matches and Arteta has admitted a relegation battle is not completely unthinkable given their current predicament.

But the Catalan is confident his former City colleague can turn things around with the struggling Gunners, who he led to an FA Cup triumph last term, beating City in the semi-finals at Wembley on the way.

“Everybody knows we are judged on results,” Guardiola said. “But I worked with him for the most successful period our club had in its history. We cannot have had our success without him. 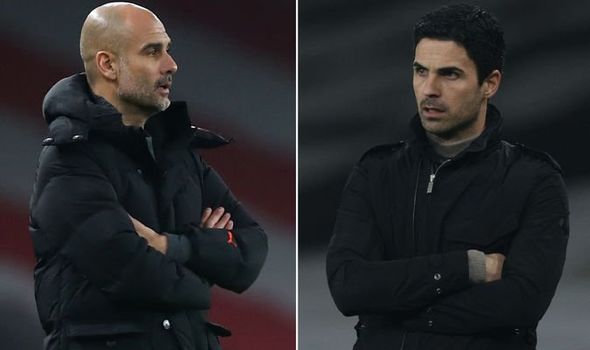 “I know his proposals and what he will do. You just have to be patient. I am not somebody to tell people what to do. But not even a little run of bad results is going to change my opinion.

“He is an outstanding manager with an incredible work ethic and puts the club in front of any other decisions he has to make.”

Arteta put this defeat down to “a lot of strange things happening” and was so insistent he has “fighters” in his team he said it twice. 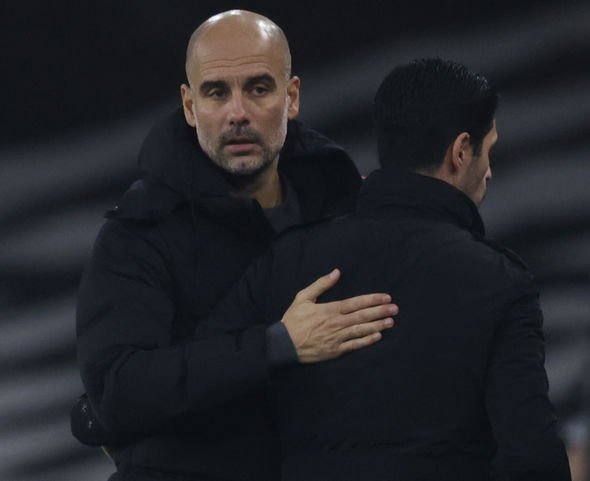 “We have to turn it around round – there is no question with the fixtures we have it’s going to decide our season,” he said.

Guardiola himself has also been criticised after some goal-shy recent City performances but forecast that one four-goal drubbing was not the end of the problem.

“It is like in Manchester – it rains every day,” he said. “Just because the sun comes out one day it does not mean the weather is going to change.

“It is just one game but I am happy to be in the semi-finals.”

And asked about the final being pushed back from February, the City boss added: “One step at a time, please. I don’t know where we will be in April.

“Now it is Newcastle and then Everton – just two days difference We have to see the draw. We are going to play to reach the final four years in a row.”

Tags: Arsenal, autoplay_video, Sports
You may also like
Latest Posts