Manchester City take on their toughest Champions League challenge in years tonight, as they head to the Santiago Bernabeu to face Real Madrid. Pep Guardiola must consider starting both Raheem Sterling and John Stones as he heads back to his former arch-rivals.

Guardiola has named Real Madrid as “the kings” of the Champions League, and it’ll be one of City’s biggest ever European wins if they manage to make it through to the quarter-finals.

But, the club has been hampered with injuries this season, with Raheem Sterling the latest member of the team to struggle with his fitness.

The England international has missed City’s last two Premier League fixtures, but Guardiola thinks he’ll be ready for the tie against Real Madrid.

JUST IN: David Silva names one Real Madrid star would ‘would be good’ for Man City 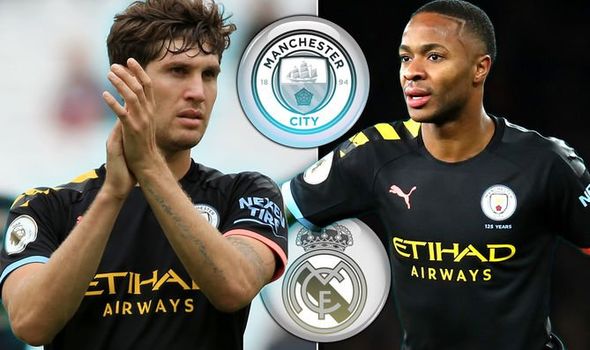 “Raheem is fit,” said Guardiola. “His natural physical condition, his regeneration, is amazing.

“He said to us he could play the West Ham game or the previous one against Leicester.

“The doctor said be careful because of the time. Muscular injuries are always three weeks or month and after 15 days he wanted to play.

Sterling must be named in Guardiola’s starting XI tonight, if he’s fully ready to go.

He’s become a key member of the team, and while he can be frustrating at times, he’s still one of City’s best players.

He’ll be up against Real Madrid right-back Dani Carvajal, who has a tendency to push forward, creating gaps in between for Sterling’s devastating pace to punish.

After a disappointing run of form, now is the time for Sterling to prove that he truly is one of the best forward’s in world football. 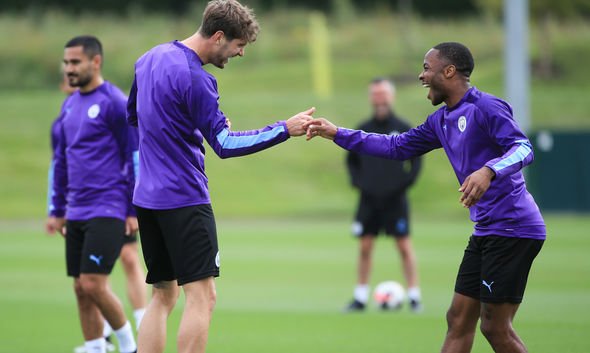 Fernandinho has been superb for City this season, and was rewarded with a contract renewal.

But, Stones has proven himself to be a big-game player. He’s never let City down, and his passing ability will be key to the Citizens’ success at the Bernabeu.

Keeping a clean sheet is crucial for Guardiola, which will be a tough ask against the experienced Karim Benzema.

But, Los Blancos will likely try to use their attacking wingers to get in behind the City defence.

Rodrigo, Gareth Bale, Vinicius Junior, and Isco are all blessed with extreme pace.

Fernandinho may struggle to keep up with the Real Madrid forwards. Stones’ inclusion may help to soften that threat.

The England international has also enjoyed an excellent record in the Champions League.

He’s scored four goals in 19 European matches for City; not a bad record for a centre-back.