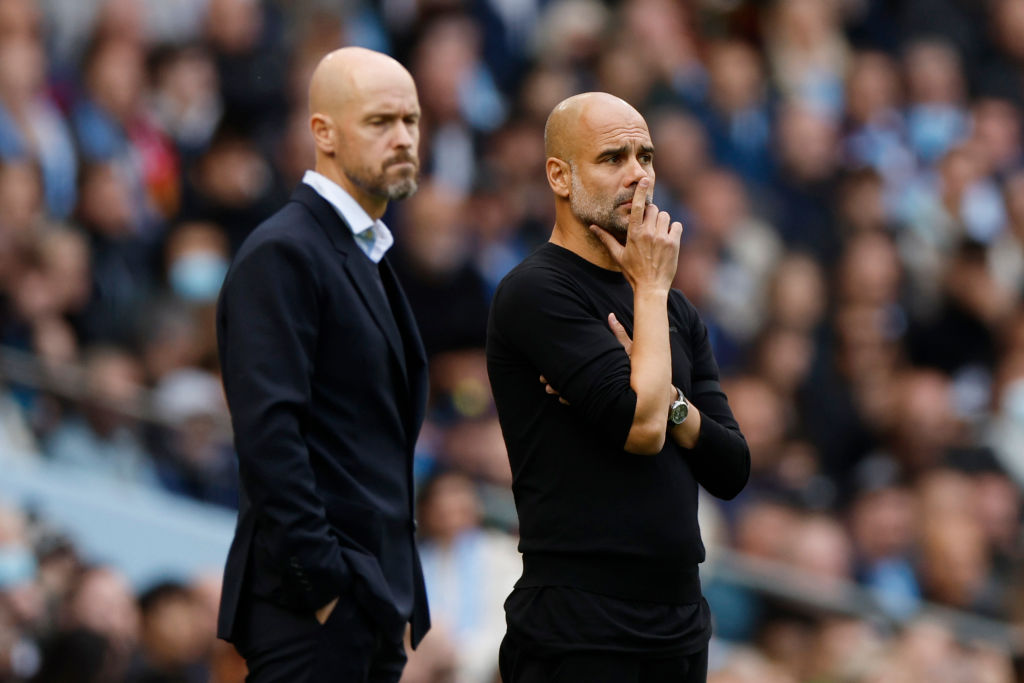 Manchester City manager Pep Guardiola has been massively impressed with Manchester United’s recent form and feels they are on their way back to being challengers once again.

The Red Devils had a difficult start to the season, losing their opening two Premier League matches to Brighton and Brentford, while they shipped six goals in a woeful defensive showing at the Etihad at the start of the month.

But, since then, United have gone on an unbeaten run in their next seven matches, comprehensively out-playing Tottenham before earning a spirited draw against Chelsea at Stamford Bridge last weekend.

Erik ten Hag’s side then gave another accomplished display against FC Sheriff in the Europa League on Thursday night to keep their hopes of topping the table alive.

Guardiola was keen to praise the Dutch coach for his early work at Old Trafford and feels Ten Hag is transforming the club, while he also reflected on this season’s top-four battle and singled out Newcastle as a genuine threat.

‘I have the feeling United are coming back, finally United is coming back,’ said the City boss.

‘I’ve seen it against Chelsea, the first half. I said I like what I see of United right now.

‘There will be a lot of teams like United fighting for [the top four]. That’s why you have to fight to qualify for the Champions League and fight for the title.’

On the top-four race, he continued: ‘In the first 10 games you don’t win the Premier League, but you can be behind.

‘Look now Newcastle, another part already there. I saw against Spurs, was magnificent both sides. I saw the physicality that we faced in the third game of the season.

‘Imagine this team with one game a week, no Europe, this team can be a contender to be there.

‘The manager Eddie [Howe], their new players, the way they played. Brave, go to Spurs, the central defenders were man to man vs [Harry] Kane, Son [Heung-min], no problem. A good quality in many things.’

City are two points off top spot and Guardiola has been pleased with his side’s start to the campaign, saying: ‘I saw this season when we were in the States [during pre-season], I said I like what I see.

‘Many details in the team, signals, arrive in time, changing exercises how good they are, how focussed when you talk to them if they look at you or the grass. Many details are there.

‘That’s why I say you are a genius guys, you are still there. You could be thinking okay back-to-back, just focus on the Champions League. Now I’ve won already four Premier Leagues but have to play more. It’s completely the opposite. That’s why we are there.’