Pep Guardiola shuts down Erling Haaland transfer talk and refuses to open up on Manchester City agreeing a £500,000-a-week deal with the Borussia Dortmund striker

Sportsmail revealed that City’s pursuit of the Borussia Dortmund star had taken a significant step forward as the club agreed terms with the player’s representatives.

It is understood that a suitable financial package – which would make Haaland the Premier League’s highest-paid player on more than £500,000 a week – has been given the nod. 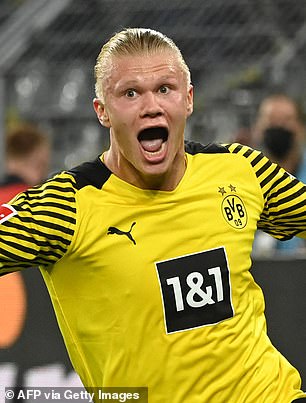 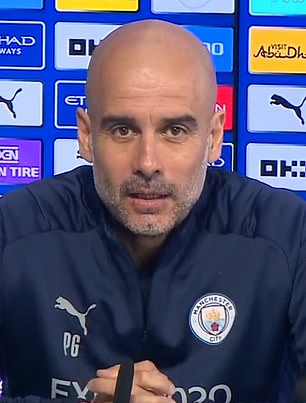 City are now expected to trigger the Norwegian’s £63million release clause at the Bundesliga side with a potential five-year deal likely to be sealed in the next week or so.

But, when pressed on the reports the reigning Premier League champions were prepared to trigger the Norwegian’s £63million release clause, Guardiola simply responded: ‘No answer to your question.’

Guardiola was then asked to give his opinion on the 21-year-old but claimed he did not have the time to consider his side’s summer plans. 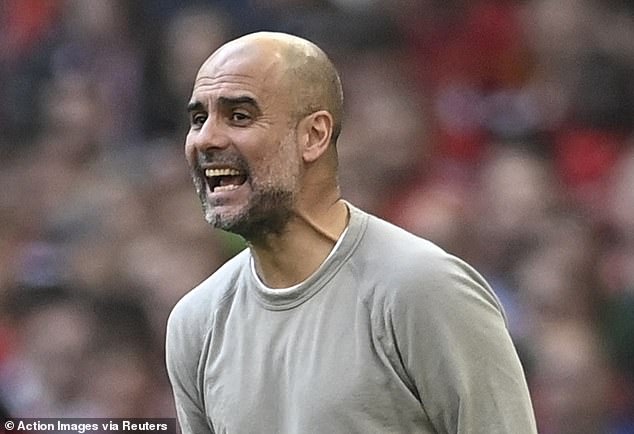 ‘I don’t have the concern or this business in my head right now to think about what is going to happen in this club next season.’

City missed out on bringing Tottenham star Harry Kane to the club last summer, and despite topping the Premier League, Guardiola’s side have at-times looked short up front.

But the 51-year-old claimed his side have not been lacking among their attacking ranks this term and insisted he would not discuss transfer while league leaders still had ‘incredible’ things to achieve this season.

‘We are playing with good striker this season,’ he said. ‘So, I don’t know what is going to happen in the future. It’s next season so I’m not going to talk.

‘You know I’ve been coming her for a long time, for many years and I’ve never talked about transfer windows especially when we are playing for incredible things still this season.’