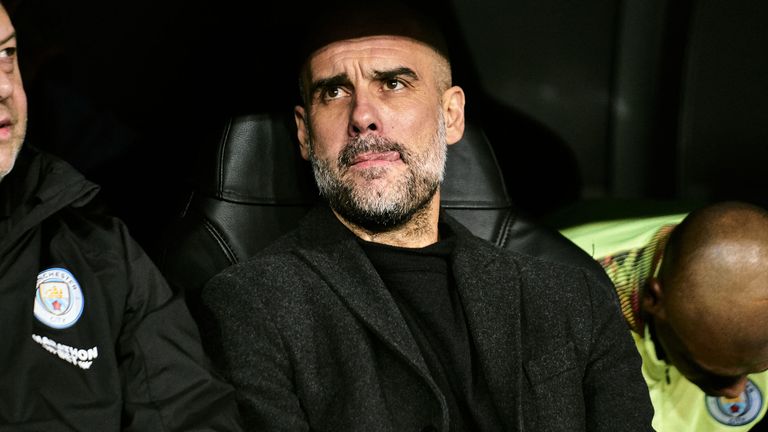 Manchester City’s starting line-up against Real Madrid on Wednesday night, missing Sergio Aguero, Raheem Sterling and Fernandinho, probably shouldn’t have caused quite as much surprise as it did.

After all, if Pep Guardiola’s recent history in the Champions League knockout stages has taught us anything, it is to expect the unexpected.

But who could have foreseen Gabriel Jesus lining up as an auxiliary left-back at the Bernabeu? Who could have predicted Kevin De Bruyne playing as a false nine? Even by Guardiola’s standards, this was something else.

And yet, while his out-of-the-box thinking has proved his undoing on this stage in previous years – leading to accusations of overthinking his tactics in the big European games – this time it helped Manchester City secure a historic 2-1 win which puts them within reach of the quarter-finals.

It might have been perceived differently had Real Madrid held on to their lead, of course. But that goal owed more to individual lapses of concentration than anything else. First, Nicolas Otamendi and Rodri combined to surrender possession in their own half. Then, Kyle Walker botched his clearance, allowing Vinicius Junior to set up Isco.

A Villa vs Man City

Up until then, City had controlled the game.

Jesus’ equaliser – headed home from De Bruyne’s cross – would prove his biggest contribution of the night. But before that it was easy to see the thinking behind Guardiola’s decision to deploy him on the left. 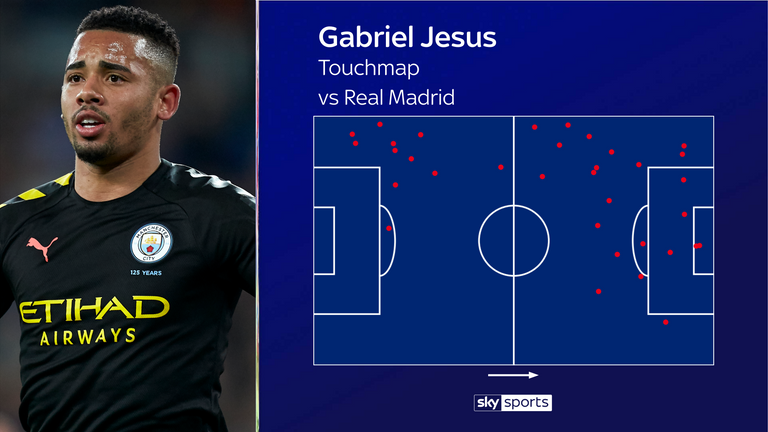 His defensive diligence helped City shut down Dani Caravajal’s overlapping runs. The right-back, usually one of Madrid’s most dangerous attacking outlets, did not create a single chance or even complete a cross all evening.

Then, when City did have possession, Jesus had the youthful energy to bomb forward and exploit the gaps created by De Bruyne, who was City’s most advanced player for most of the first half, and whose presence in the false nine role, supported by Bernardo Silva, flummoxed the hosts.

His movement caused confusion between Sergio Ramos, Raphael Varane and Casemiro, and then, when Real Madrid moved forward on the attack, he and Silva were well placed to drop back and outnumber the hosts in central midfield, closing off spaces and ensuring City’s defensive shape was compact and difficult to break down.

That compactness meant that, at the halfway point, Real had only mustered three shots – their fewest in the first half of a Champions League game since 2013. There was a smart save by Ederson to deny Karim Benzema. But for the most part the hosts, four-time Champions League winners in the last six years, were easily contained. City went close to scoring themselves in that first period, with Jesus forcing an impressive stop from Thibaut Courtois after latching onto De Bruyne’s pass in the left-hand channel, then threatening again when another low effort was almost diverted into his own net by Ramos.

They then continued in the same vein after the break, and it is probably for that reason that Guardiola displayed little annoyance when Madrid took the lead on the hour-mark, instead cajoling his players and offering encouragement from the touchline. He knew that the gameplan was working. He also knew that – in Sterling – he had a trump card in reserve.

The decision to leave Sterling on the bench was an unexpected one, but Guardiola felt he wasn’t fit enough to play the full 90 minutes. So, instead of throwing him in from the start, he held him back, knowing that he could be most effective when the hosts started to tire in the closing stages. 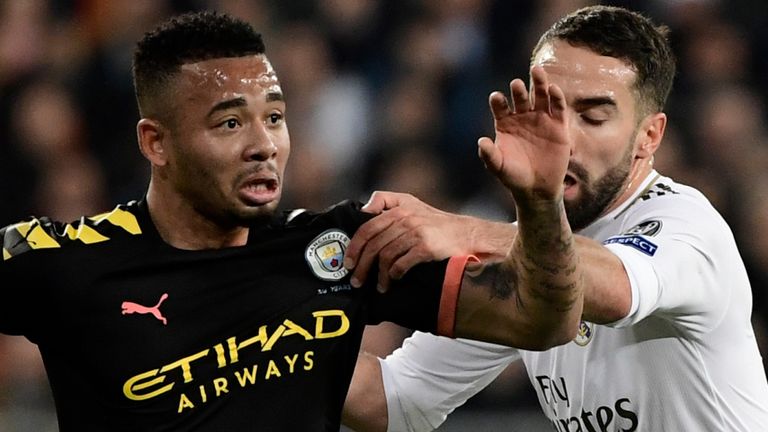 That’s exactly how it proved. There were 73 minutes on the clock when Sterling replaced Silva. Within five minutes of his introduction, he had helped to create City’s equaliser. Another five minutes after that, he had won the penalty from which De Bruyne struck the winner, his speed proving too much for the flagging Caravajal.

The result was particularly timely for City given the looming threat of the two-year European ban imposed on them by UEFA, and it also provided some welcome vindication for Guardiola. Since winning the Champions League twice in his four years in charge of Barcelona, his record in the competition has attracted considerable scrutiny.

So much so, in fact, that it has threatened to overshadow his achievements at Bayern Munich and Manchester City. During his time in Bavaria, he never made it past the semi-finals. Since his arrival in Manchester three years ago, he is yet to even make it that far.