Peru supporters flock to Qatar in their THOUSANDS to throw support behind World Cup hopefuls ahead of do-or-die clash against Socceroos – who bring ‘only a handful’ of fans for the big game!

Peru fans have turned out in their droves to help rally their side over the finish line with the South Americans on the brink of a place at this year’s World Cup.

Ricardo Gareca’s side are just one win away from entrance into November’s competition, requiring a victory over Graham Arnold’s Socceroos to reach the World Cup again – having done so last time out in 2018.

The Peruvians enter Tuesday morning’s contest the strong favourites to advance, with Australia needing a monumental effort to defy the odds after a energy-depleted display against the UAE. 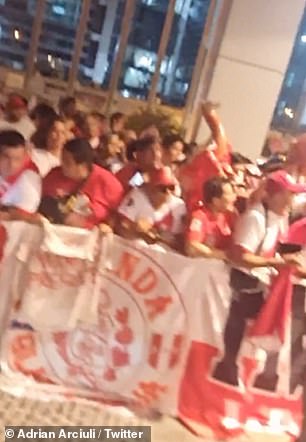 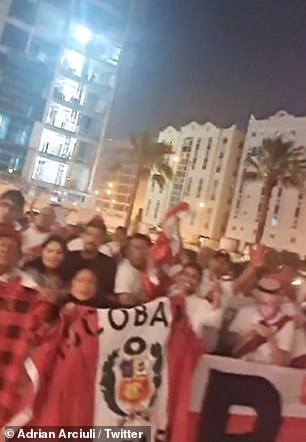 And any failure to make it to the tournament proper will not be due to a lack of support on Peru’s part, with SBS reporter Adrian Arciuli showcasing the stunning support they have received from their fans.

‘Absolutely insane,’ he says. ‘How can you not love football?’ He also claimed that ‘only a handful’ of Aussie fans made the journey out to the Middle East.

Australia have reached every World Cup since 2006 but that run could end tonight if they produce anything less than a stunning performance in Qatar, and Arnold believes his side may have a few surprises in store for their opponents.

‘You’ve got to be ready for anything that Peru, individually, throw at us,’ Arnold said.

‘I just really believe in our players. It’s a one-off game and it’s a final. That’s crystal clear to everybody. That is fine.

‘I think the Peruvians will be surprised by the improvement of the Australian footballers technically.’

Arnold may yet make a couple of changes to his line-up from the team that beat the United Arab Emirates in an Asian play-off last week. 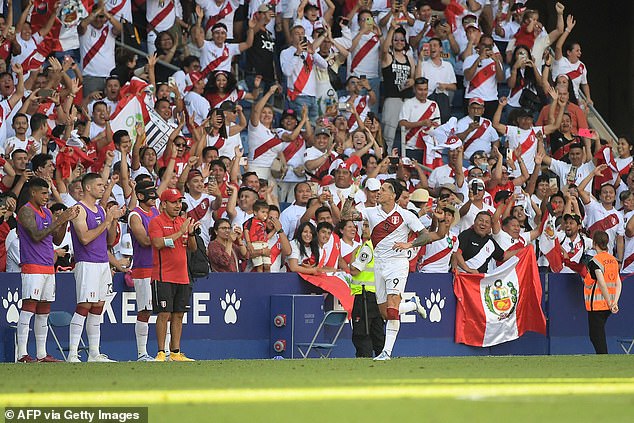 Defender Trent Sainsbury missed that match with a knee injury but is pushing for a return and could start at the expense of youngster Kye Rowles.

Right-back Nathaniel Atkinson is also fighting to retain his spot after being troubled by Emirati winger Harib Abdalla in the 2-1 win with Fran Karacic a possible replacement.

Jason Davidson (hamstring) will definitely miss the match while striker Adam Taggart is unlikely to feature after struggling to overcome a thigh complaint. 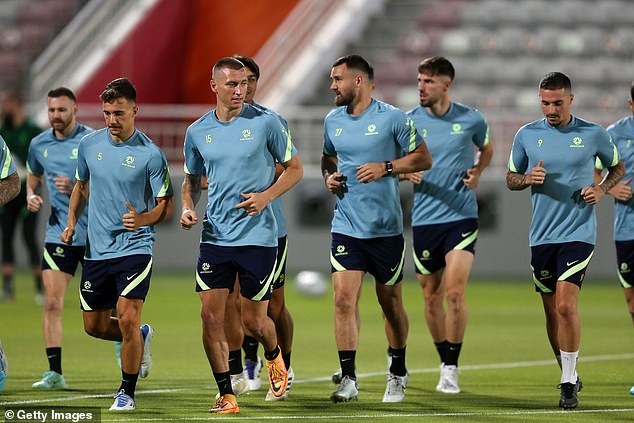 ‘We’ve looked at Peru a number of times, we know exactly what they’re about,’ Arnold said.

‘It’s more about what we do. Getting on the pitch and making sure we do our job to win the game.

‘We have respect for Peru but we believe also in ourselves.’

While Australia’s 500 or so supporters will be dwarfed by the approximately 12,000 Peru fans in the stands, there’ll be one special guest in the crowd for the team in Harry Souttar.

The Scottish-born defender, whose qualifying campaign came to an end when he damaged an ACL during the goalless draw with Saudi Arabia in Sydney last November, will be travelling from England to watch and see if his teammates can reach the World Cup.