‘They can DEFINITELY do it’: Peter Crouch and Rio Ferdinand insists Liverpool could still go all the way in this year’s Champions League, despite domestic wores and finishing second in their group behind Napoli

Liverpool can still go on and win this season’s Champions League trophy, despite finishing second in their group, according to Peter Crouch and Rio Ferdinand.

Jurgen Klopp’s Reds finished runners-up in the last campaign, losing to Real Madrid in the final, but have not found it all their own way this time around.

After losing heavily to Napoli in Italy back in September, their 2-0 win at Anfield on Tuesday night meant that they finish behind the Serie A leaders in the group – and will face one of the other group winners in the first knock-out round. 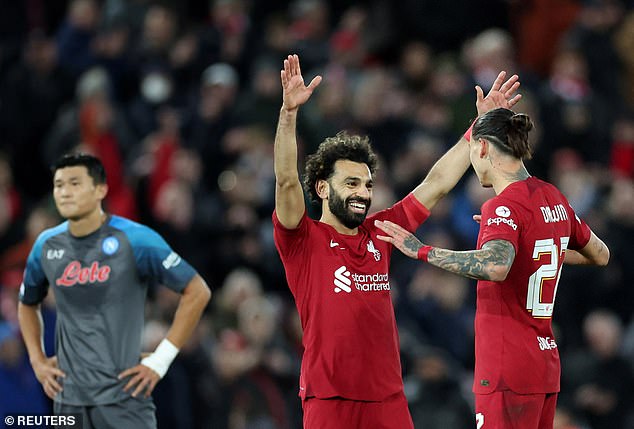 This means Liverpool could face confirmed group winners Porto or Bayern Munich, or two other first placed teams to be decided. Group F is a battle between Real Madrid and RB Leipzig, whilst Group H could be taken by either PSG or Benfica.

With an array of tough names lined up to be Liverpool’s next European opponents at the beginning of 2023, some may question if the Reds can get back to the final, or even go one better. But Crouch and Ferdinand back them.

When asked on BT Sport if Liverpool are still contenders, Ferdinand replied: ‘100%. I totally agree with that’.

Crouch added: ‘Definitely. When you get to that stage when you throw all your eggs in the CL basket, have great pedigree in the competition, players that have got the history behind them, they can definitely do it.’ 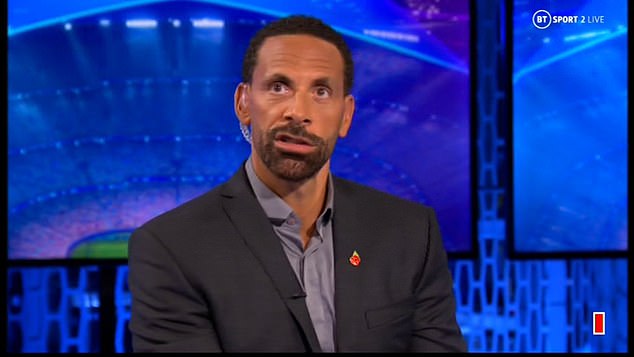 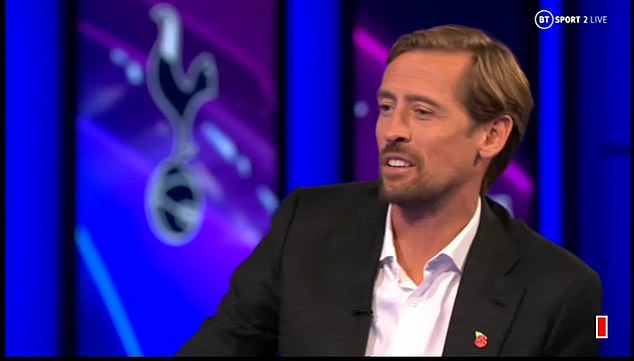 Ferdinand finished by noting: ‘And they’ve got Mo Salah, who just keeps scoring in this tournament.’

Salah’s 85th minute goal opened the scoring for Liverpool against Napoli, before Darwin Nunez got a second deep in second half stoppage time.

However, they were unable to win the head-to-head record with the Serie A leaders, following their 4-1 defeat on Matchday One.

Liverpool will find out their last-16 opponents when the Champions League draw is held on Monday.