PETER CROUCH: Why the shock? This is Man United’s natural place now. They are in the shadow of former glories, weighed down by pressures of the past… and EVERY outfielder is up for the chop

Picture me sat upright in a plush chair, looking earnestly at a presenter. Seconds after full-time, we are in the Sir Bobby Charlton Stand at Old Trafford, fans peering through the glass.

The scene is set. The inquest begins. I look out to the pitch, gesticulating towards the grass. 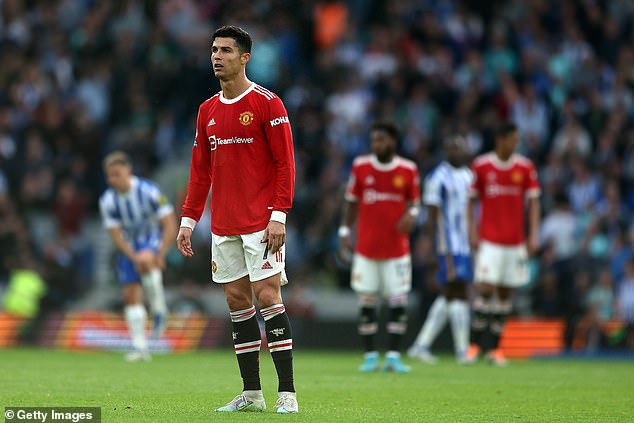 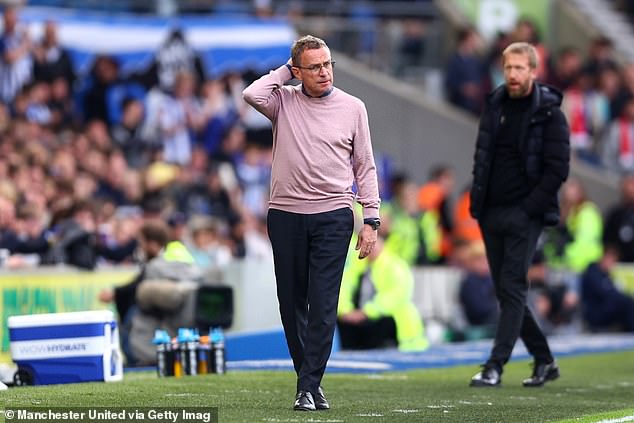 A free tip for any budding pundits out there: always add Football Club on the end for greater emphasis.

So after Saturday’s capitulation at Brighton, it is now official that this will be United’s worst Premier League season since its inception. Forever in the shadow of former glories, still weighed down by the pressure of the past.

They will always be compared to the greats, because the club will always have its illustrious history and huge expectations. But that was Sir Alex Ferguson’s United. This is a wholly different, disjointed club now. 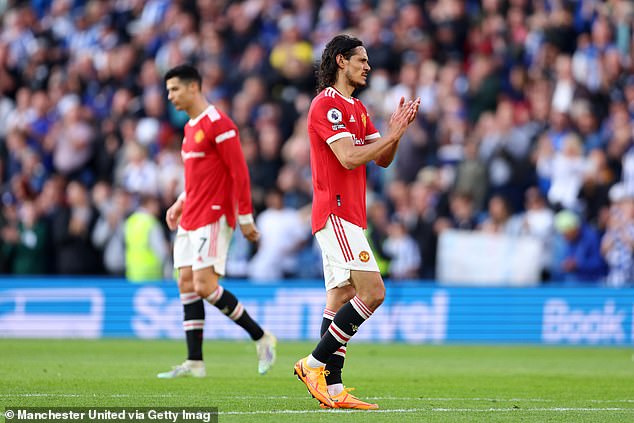 After their Brighton loss, United will suffer their worst Premier League season since it began

The post-Ferguson United is one that can potentially lose at Brighton on any given day. When are we going to stop getting shocked by these results?

It will never be seen as acceptable but right now, this is United’s natural place in the modern Premier League — chasing Champions League qualification. Sometimes they will do it, other times they won’t.

They lose and shrug their shoulders and I don’t get the impression that there are any great autopsies inside that dressing room. Nobody digging people out, coming to blows about performances. I feel they just talk behind each other’s backs in little groups. Go on social media, say sorry and move on. Rinse and repeat.

The fans seem like they have had enough. Plenty were walking out of the Amex Stadium long before the end, which is quite unusual for their away support. 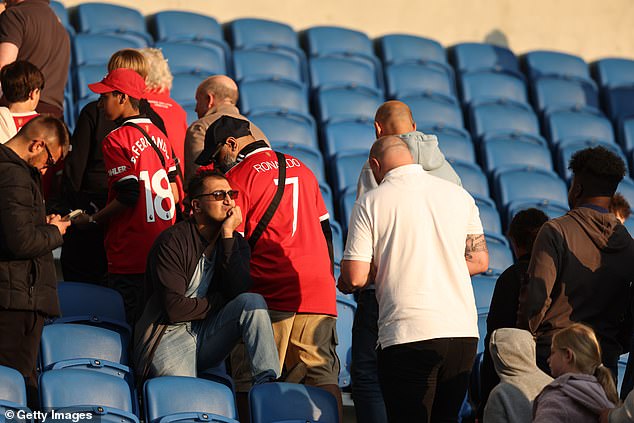 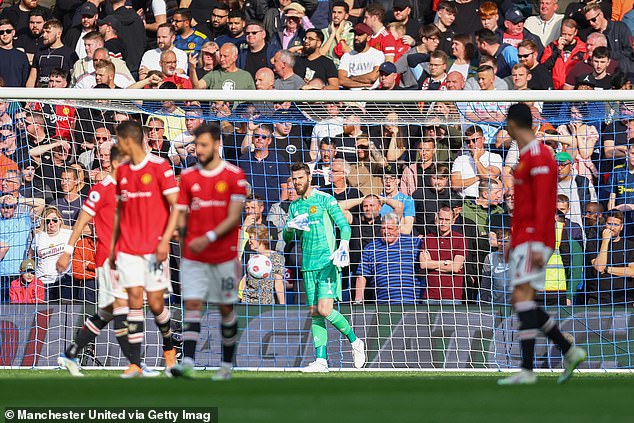 Quite a lot of those players will be blaming Ralf Rangnick for a season which could yet finish with a place in the Europa Conference League. That is what players do, and plenty will still be around when Erik ten Hag greets them this summer.

The club will have to keep the vast majority of that squad, because a churn cannot take place in just one summer, but every single one of them, bar David de Gea, is replaceable based on this season. The only reason they have hung on to the top four for so long is the inconsistency around them.

Tottenham and Arsenal had shocking starts, West Ham have fallen away a bit. Everyone has badly struggled at times this year, and that isn’t too dissimilar to the two occasions they have finished second since 2013 — miles behind the eventual winners and profiting from others enduring bad campaigns elsewhere.

It needs change from top to bottom but all of this is broken record territory. We talk about the new manager — again. Whether he is the right man or not — again. Ten Hag has a big job on his hands and I expect him to already be making ruthless decisions on some of them. Big names need dropping. Some of them will be told pretty early that they are not required.

Yet he needs the tools to be successful. The guys who have been and gone before Ole Gunnar Solskjaer — David Moyes, Louis van Gaal and Jose Mourinho — are all good managers. You cannot deny their track record. And look what happened. 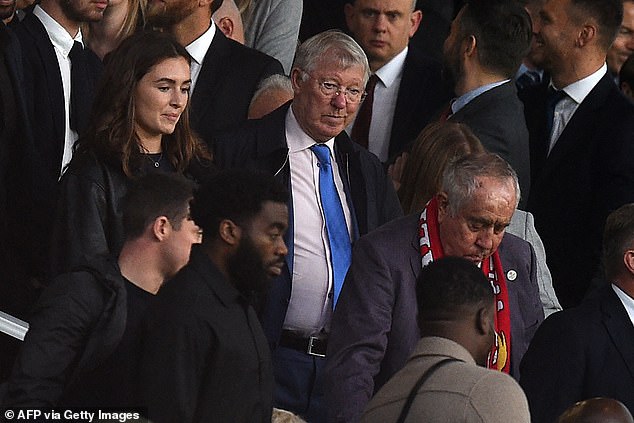 The United of Sir Alex Ferguson (centre) is long gone, and his glory now weighs them down

Old Trafford is almost a graveyard for both players and coaches. Look at these individuals all going backwards and suffering from a chronic lack of confidence.

There is definitely something in the argument about pressure, that difficulty coping. United have not helped themselves with an unfathomable recruitment policy though — the short-term nature of everything, signing players on massive wages without any sort of system. Oh, they are available are they? We’ll have him then. He’ll fit in somewhere. Most of the time, they don’t.

Individually these are top players. You can’t say that Paul Pogba is not a good footballer. Or Cristiano Ronaldo, or Jadon Sancho. It’s overloading, a bit like going to the gym and only ever doing your upper body. 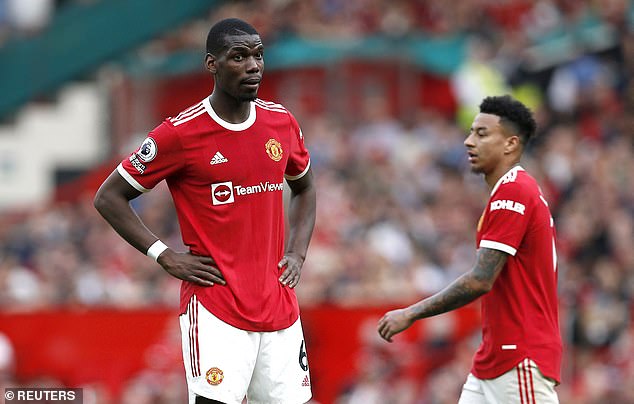 Paul Pogba’s quality has never been in question, but he regularly fails to perform for United

But even with Sancho — was that an area of the pitch United needed to prioritise by spending a fortune last summer? They have been crying out for a central midfielder. They did strengthen at centre back but Raphael Varane is a high-profile name whose career was heading in one direction. He’s not the first. That mindset needs to change and it’s been obvious for ages.

Ronaldo is an interesting conversation. While never a long-term answer — a Galactico to smooth things over given everything else going on at the club last year — there is clearly a place for somebody who scores 20 goals a season.

Yes, it was a desperate move to appease some fans and bought the Glazers time, but here they had a ticket to instant success. 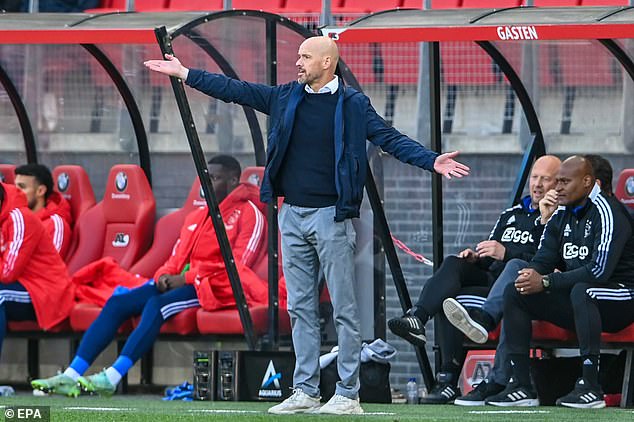 The man is a phenomenon, although without a functioning system around him the goals have just saved United from further embarrassment rather than elevate them.

Ten Hag will want shot of a few. Whether he can do that remains to be seen given the wages issue. Will any of them actually want to leave? It’s debatable whether the clubs who could afford these players would fancy them. I’m not sure why Manchester City would need Pogba, for example, but Pep Guardiola could unlock the player we know is in there.

Imagine if Pogba did go to City and then excel: the true ignominy for post-Ferguson United. Manchester United Football Club.

Academy exits are tough but careers can turn around

This time of year is horrendous for youngsters in academies. The nervous wait to see whether you are going to be taken on full-time at 16. Or where it is all heading at 18.

For anyone who doesn’t get the news they want, or has already been told that their future lies elsewhere: it can be done, you can prove people wrong.

As a teenager at Tottenham, I was told that I wouldn’t make it in the Premier League. I went on loan to Dulwich Hamlet, where I wondered if that was going to be my level after struggling to begin with. 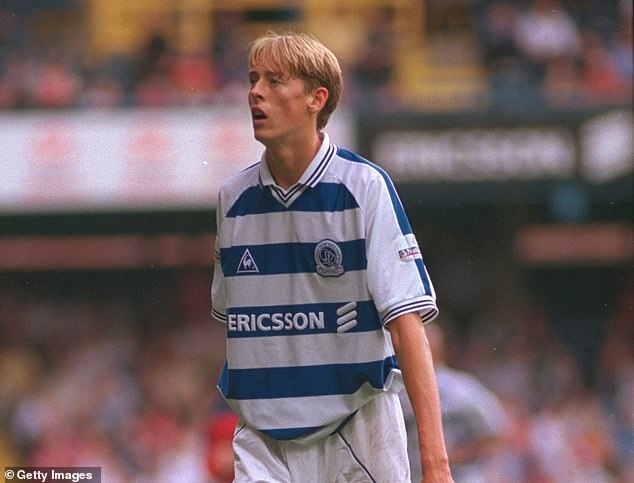 Moving to QPR for £60,000 was the best thing I ever did – it really kickstarted my career

Then came another loan – this time with IFK Hassleholm in Sweden – and eventually I had to drop down to the Championship and play for Queens Park Rangers to kickstart my career.

That £60,000 move to QPR was the best thing I ever did. There are some great comeback stories, Andrew Robertson’s in particular. Celtic told him he wasn’t good enough and he has since fought his way to Champions League finals and winning the Premier League.

That is the dream for kids and you never want to give up.

Self-belief in these situations is vital, although you also need to be in the right place at the right time. 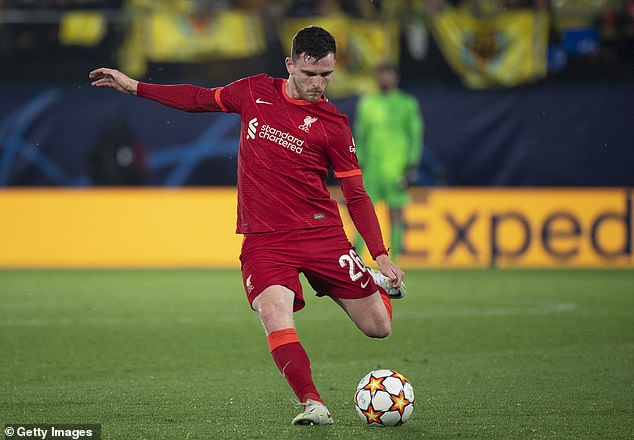 There were some great players from my academy time who never made it. One is a personal trainer now, another a taxi driver. I was one of the lucky ones.

Aftercare for youngsters is improving these days. There has to be things in place to help them.

But for those of you who might not earn contracts, remember that you have not been in academy football because you are a bad player.