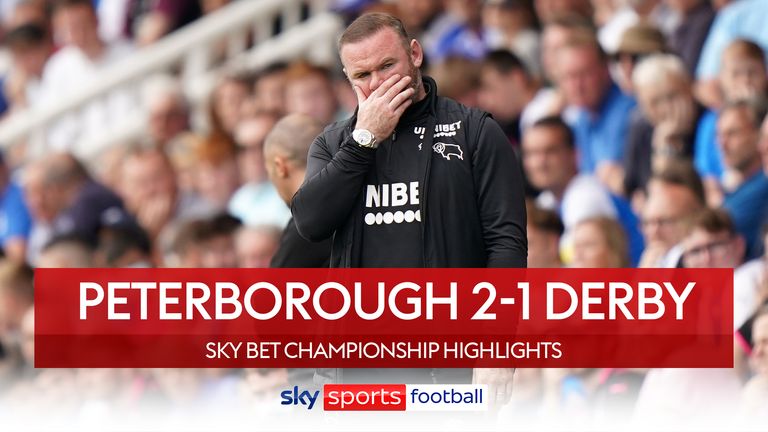 Peterborough mounted a dramatic stoppage-time comeback at the Weston Homes Stadium on Saturday, as they came from a goal down to beat Wayne Rooney’s Derby 2-1.

The Rams had been restricted by Posh – who have suffered a testing first week back in the Championship – for long periods and their plans were hit when Colin Kazim-Richards was stretchered off with a suspected leg injury shortly after half-time. 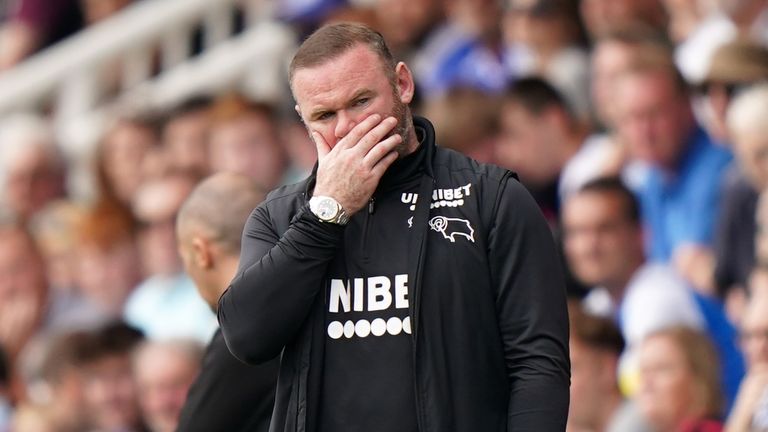 Teenager Jack Stretton came off the bench in place of the striker and thundered in from the edge of the area after the hosts struggled to clear Graeme Shinnie’s corner (77).

But at the start of an 11-minute period of stoppage-time, Derby were caught napping and Joe Ward took advantage, teeing up an unmarked Harrison Burrows to slide in the equaliser from close-range (90+1).

They sealed a hard-fought three points as another Ward delivery caused panic in the penalty area, allowing in-demand forward Siriki Dembele to set himself and guide a superb effort past Kelle Roos to spark sheer elation (90+10).

How Posh rallied to pile misery on Wayne Rooney’s Rams

The first week of Peterborough’s first season back in the Championship after eight years away had not gone as swimmingly as some might have expected, with seven goals shipped across a league and a cup game, none scored and a league-low four shots mustered in the 3-0 defeat to Luton. 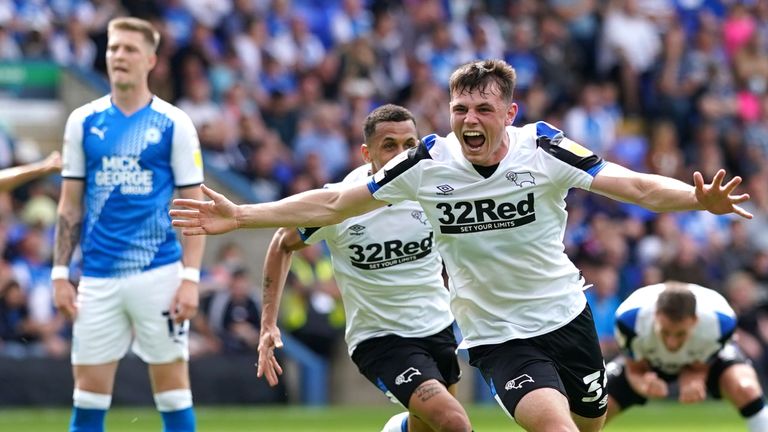 As proceedings got under way against Derby, it seemed, perhaps, that the previous seven days had provided an early wake-up call. They looked well-organised and kept a Rams side brimming with experience at bay, with Tom Lawrence’s hopeful shot from just beyond half way one of precious few attempts.

With 33 minutes gone, Jonson Clarke-Harris – last season’s League One Golden Boot winner – collected possession, turned and put his laces through a shot from 35 yards that looked to be heading through Roos’ legs before an unorthodox save denied him.

There was more concern for the visitors within minutes of the restart, as Kazim-Richards was forced off after riding the challenge of Frankie Kent. He limped to the advertising hoardings before holding his head in his hands as the severity dawned upon him.

Stretton was soon at the heart of the action and the loss of the Rams’ talisman was soon forgotten – albeit briefly – as the 19-year-old seized on an attempted clearance to rifle the visitors ahead with 13 minutes left to play.

No sooner had Rooney’s grimace become a smile, Posh brushed his team aside. Ward was the architect on not one but two occasions, sweeping the ball across the box for Burrows to slot home, before delivering a similar ball that, after it got stuck between the legs of Nathan Byrne, was tucked away by Dembele.

Peterborough are next in action at 7.45pm on Tuesday, August 17, when they host Cardiff at the Weston Homes Stadium, while Derby travel to the MKM Stadium to face Hull at the same time the following evening.

Tags: 2-1, County, Derby, Peterborough:
You may also like
Latest Posts