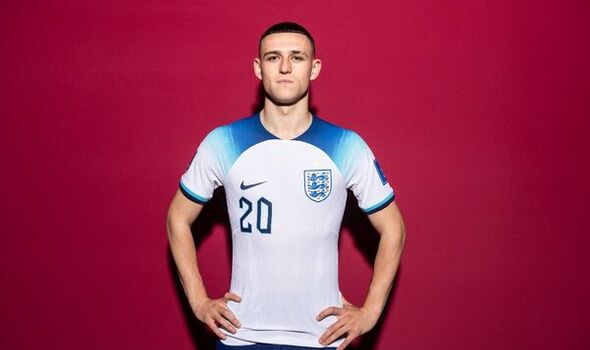 Phil Foden claims he has the same belief about winning the World Cup as he had before lifting the under-17s trophy. And the Manchester City star also couldn’t resist a subtle dig at England’s Euro 2020 conquerers Italy, who did not manage to qualify for the tournament in Qatar.

Five years ago Foden scored twice as England gained a 5-2 revenge over Spain to lift the junior world crown. And in the build up to his debut on the senior World Cup stage, he says there is the same certainty about the camp in Qatar as he felt before that tournament.

“Not being big-headed, but we just knew that we were going to win the World Cup because of how good we were and the talent we had,” he recalled. “We were very frustrated with the way we lost to Spain in the Euros before that. We knew we were going to get Spain in the final and we just wanted revenge on them.

“Even when we were behind in the final, you could just see we carried on playing the same way and just believed that we were going to win it. It’s the same here.

“Obviously from the Euros, making it to the final gives the team a big lift. Harry Kane has already touched on it – he sees us as one of the favourites. We’ve just got to be confident and believe in that.

“It’s just a shame that Italy are not here to we can get proper revenge for the Euros.” Foden was one of 25 players put through their paces in the hotter 33 degree lunchtime weather for England’s second training session in Qatar.

James Maddison was rested to manage the load on his slight injury from the weekend, but the doctors recommended the earlier slot to intensify the acclimatisation programme with England’s first game now just three days away.

Meanwhile, Foden’s teammate Conor Coady has also been speaking to the media, and lifted the lid on the tough conditions in training out in the scorching Doha heat. The Everton centre-back said: “It was hard this morning but it was something we needed to get used to it, to feel it, to understand it.

“It’s tough – I’m not going to say it’s not – but we’re professional players and we understand what we’re doing. Thinking it’s too hot will get us nowhere. We’re going out there to embrace it.

“It’s exactly the same. Every camp we go on we look at it as an opportunity to play together, to enjoy a different environment. The way the lads come together and the spirit that gets created is incredible.”