It was Jose Mourinho last year who was leading calls for Jordan Pickford to calm down.

England had just beaten Denmark in the semi-final of the European Championship but one of the takeaways was of the nerves Pickford was showing. Top goalkeeper, all concurred, but he needs to develop a calmness to reach the next level.

Here at Fulham, in a helter-skelter game that saw Fulham lay siege to Pickford’s goal with 24 shots — their most in a Premier League game without scoring since 2003-04 — the England No 1 was as cool as ice. 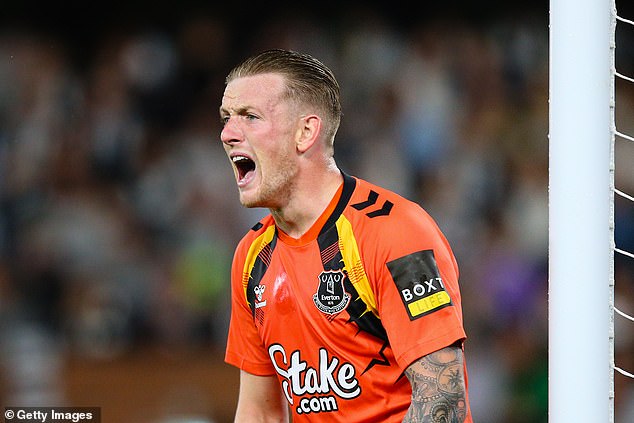 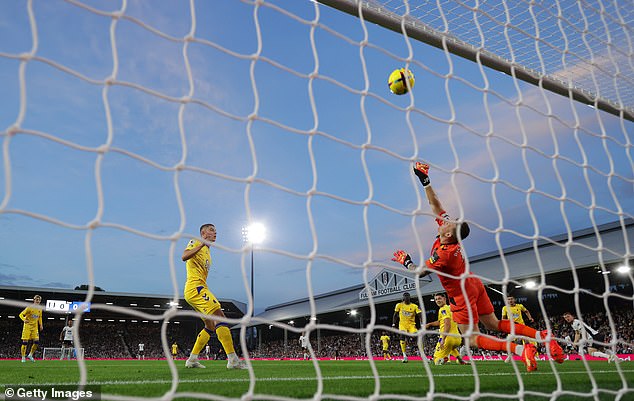 ‘I think it’s come naturally to him,’ Everton boss Frank Lampard said. I have worked closely with him and Alan Kelly, our goalkeeping coach.

‘I can see a calmness and a confidence in him and that means he can affect other people positively which is a huge plus as a goalkeeper.

‘He’s a relatively young goalkeeper so it’s a big plus that he is very, very complete in terms of his game.’ 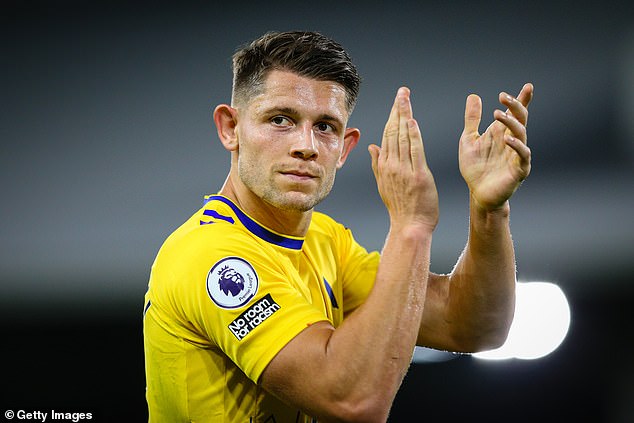 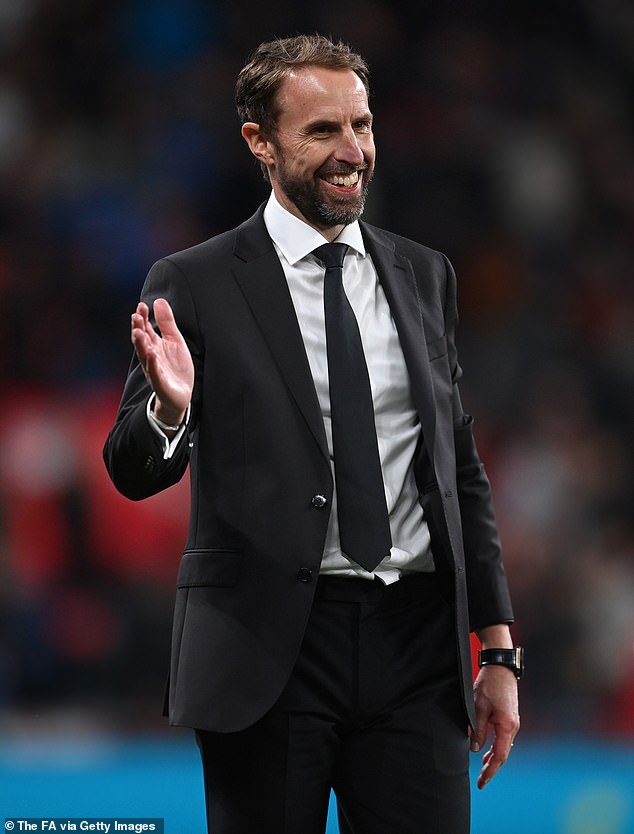 England assistant Steve Holland was here for this one and there was more than one nod of approval towards Pickford as he put in a man-of-the-match display to shut Fulham out.

Fulham had scored in every home league game this season and they were bewildered at how they fell short here. In the first half they had 11 shots — the most in an opening 45 minutes in the league this season — and yet Pickford made save after save, each one better than the last.

One sequence saw him pull off three saves in two minutes: Willian denied from four yards; Mitrovic’s header tipped over at full-stretch; Harrison Reed’s edge of the box strike repelled.

‘He’s the best in the country,’ James Tarkowski said. ‘That’s why he is England’s No 1. It’s nice to know we have someone like him behind us ready to go.’

Now England will hope all that calmness is packed for Qatar.