Pierre-Emerick Aubameyang becomes just the fourth Barcelona striker to net nine goals in his first 11 games as he joins an elite club including Romario, Ronaldo and Zlatan Ibrahimovic after lightning fast start to life in Spain

Not only did Pierre-Emerick Aubameyang’s goal against Real Sociedad on Thursday earn Barcelona three vital points, it also placed him alongside some elite company.

The striker headed home from Ferran Torres’ cross in the 11th minute in San Sebastian as Xavi’s side claimed a 1-0 victory on their travels.

It was the first goal that Real Sociedad had conceded at home since December but extended Barca’s winning run away from home in LaLiga to five matches. 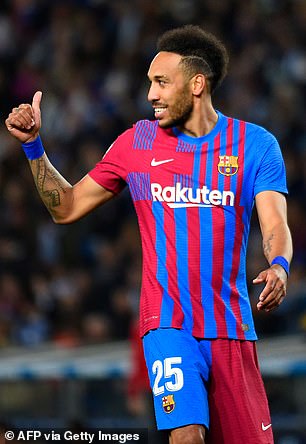 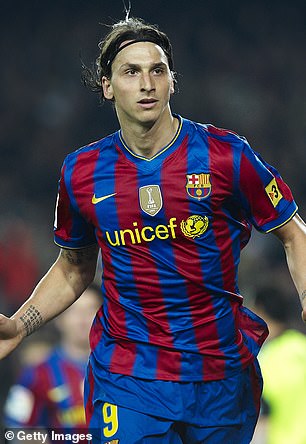 Pierre-Emerick Aubameyang (L) has scored nine goals in his first 11 LaLiga games for Barcelona, the first to do so since Zlatan Ibrahimovic (R)

The Catalan side are now up to second in the table, 15 points behind runaway leaders Real Madrid.

For Aubameyang, it was his ninth goal in 11 appearances in the league since joining from Arsenal at the start of February.

Having had his contract mutually terminated by the Gunners after a disciplinary breach, the 32-year-old has proved to be a sensational addition for Barca. 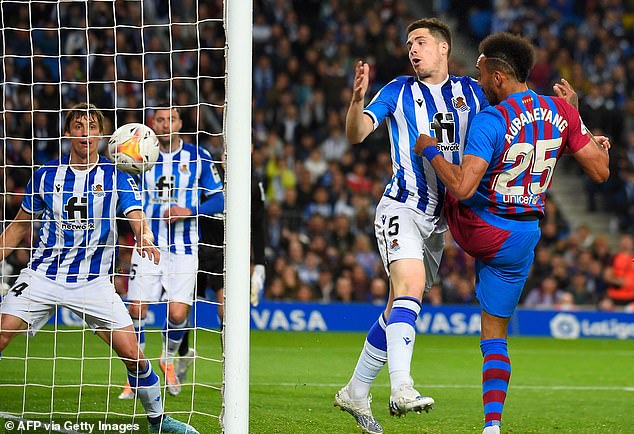 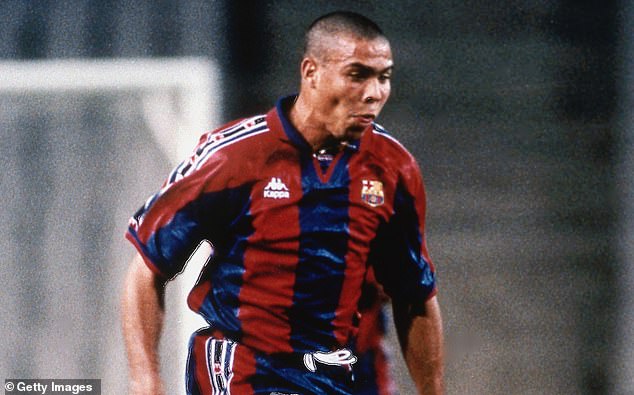 He is the first player since Zlatan Ibrahimovic (also for Barcelona) in 2009 to score nine goals in his first 11 appearances in LaLiga.

The only other players to reach that tally in their inaugural 11 matches in the Spanish top-flight are Atletico Madrid striker Christian Vieri in 1997 and Barcelona stars Romario and Ronaldo in 1993 and 1996 respectively.

If those examples are anything to go by, Aubameyang’s career at the Nou Camp should continue going from strength to strength.